Treating the elderly with genuine respect, truly listening to them, and valuing their contributions, is an essential part of what it means to be a “holy people.” 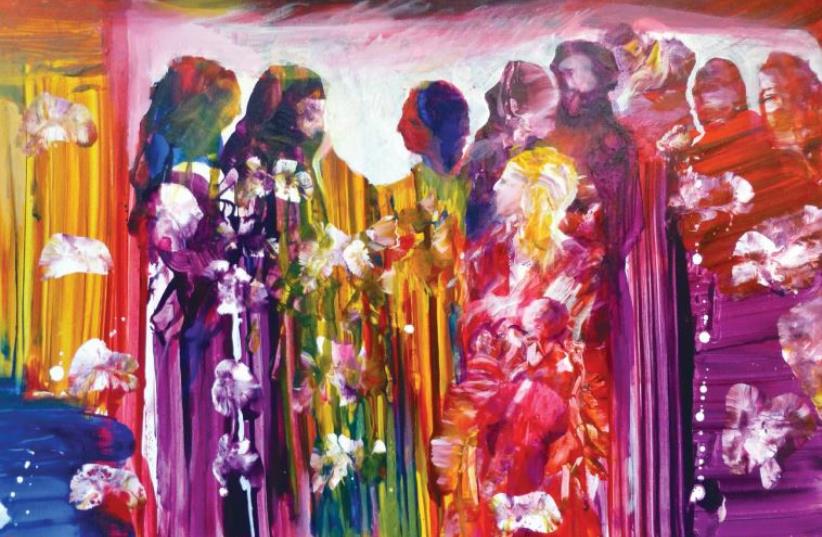 The commandment to love one’s fellow is said to be the foundation of the whole Torah. In this painting we see the interconnection of people, each one another part of the colorful tapestry of life. This was originally a vertical painting with intricate floral designs. When the canvas was turned sideways and white paint was added around the flowered shapes, figures emerged, harmoniously interacting with each other in a sunlit courtyard. – Meira Raanan

The writer is a rabbi and doctor of psychotherapy. He is executive vice president emeritus of the Orthodox Union of North America. This column originally appeared on www.ou.org.