From the moment an acquaintance, friend or colleague proves himself to be trustworthy, we must have complete faith in him; faith based on the acknowledgment of his integrity and honesty. 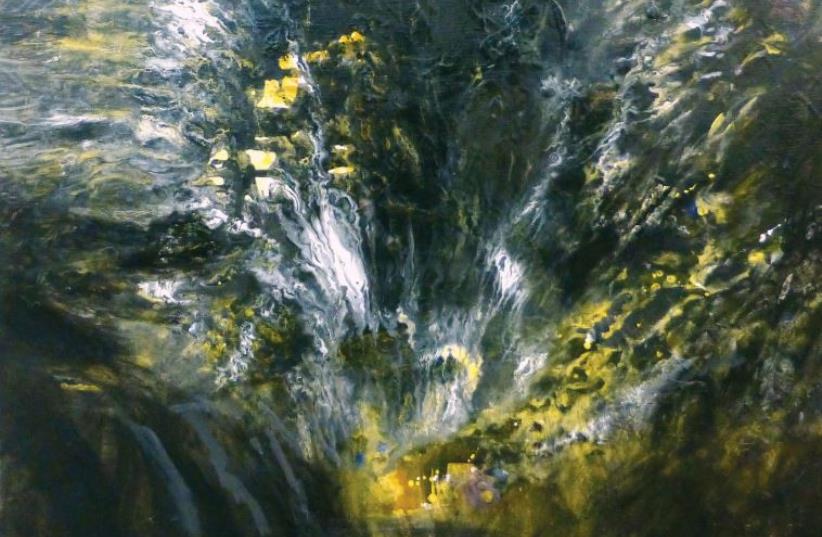 Painting by Yoram Raanan
(photo credit: YORAM RAANAN)
Advertisement
One of the most fascinating phenomena in the Tanach is that it sometimes leads us at first glance to identify with an anti-hero. Our story this week is a case in point.In our parasha, Korah notices something suspicious – Moses manages somehow to appoint his brother to the post of kohen gadol, high priest; arranges for his nephews and their descendants to be kohanim for all time, for his tribe members to be the Levites, and for his cousin to be the president of the Levites. Nowadays, something like this would immediately be called out as nepotism. Indeed, Korah cries out in the name of proper governance and instigates a rebellion against Moses.Korah waves the flag of democracy. He claims: “You take too much upon yourselves, for the entire congregation is holy, and the Lord is in their midst. So why do you raise yourselves above the Lord’s assembly?” This is a complaint we can easily relate to.But the Torah sees Korah as the bad guy in the story. His act is considered a serious sin and he is severely punished for it.Why?Let us examine Moses’s response: Moses declares that all his actions were done under God’s guidance and even suggests a test that would prove that the choice of the kohanim was done by God.But the problem is apparently not solved, since even if Moses proves that his deeds were instructed by God, all he has done is pass the question onward. We still haven’t gotten an answer to our question: What is wrong with Korah’s complaint? Why is it considered a sin? It seems that the answer to these questions is in Moses’s words, and in his demand of trust. After all, Korah had accompanied Moses throughout the last year. He saw him give his life for the good of Am Yisrael, standing fearlessly before the greatest of the ancient world’s tyrants – Pharaoh, king of Egypt – for the sake of the nation. He saw God declare His choice of Moses as His emissary. He saw Moses split the sea for the nation. He became familiar with Moses’s outstanding personality.In this situation, a fundamental expectation would be that Korah trust the person who has earned it, a person whose deeds are clearly not motivated by personal interests. Did you see something you consider suspicious? There must be a good reason for it. Do you want to know what that reason is? Go and ask, but don’t assume that Moses is a lowly politician and instigate a rebellion against him.This is the Torah’s message: Do not be indiscriminately trusting of every person you meet. On the other hand, there is no sense in a life of suspicion. Therefore, from the moment an acquaintance, friend or colleague proves himself to be trustworthy, we must have complete faith in him; faith based on the acknowledgment of his integrity and honesty.

The writer is the rabbi of the Western Wall and holy sites.