Parshat Pinhas: When is war justified?

The People of Israel is commanded by God to take revenge upon the Midianites. 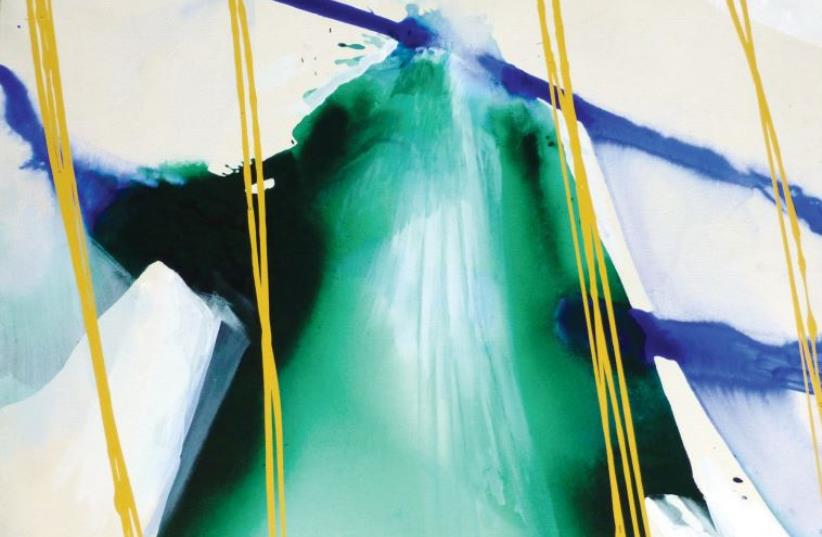 Painting by Yoram Raanan
(photo credit: YORAM RAANAN)
Advertisement
In last week’s Torah portion, we read about the fervent attempts by the nations of Moab and Midian to harm The People of Israel. The Moabites feared the Israelites’ power and understood that they could not face them militarily. They understood that the nation’s power stemmed from its spirituality, and therefore, they sent emissaries to Balaam the “prophet” to persuade him to curse The People of Israel. This attempt failed over and over again.Ultimately, the Moabites succeeded in a different way; The People of Israel began forbidden relationships with Moabite women and was dragged into worshiping their god Baal Peor – a form of idolatry that symbolized the breach of all moral and humane barriers. According to tradition, the essence of worshiping Baal Peor was opening one’s body before it and defecating. In other words, the rule was to do the most abhorrent and disgusting act before their god and not let any normative boundary stop them. This was the highest degree of moral depravity.In this week’s portion, Pinhas, we find the addendum to the story. The People of Israel is commanded by God to take revenge upon the Midianites.“Distress the Midianites, and you shall smite them. For they distress you with their plots which they contrived against you in the incident of Pe’or…” (Numbers 25:17-18) Here we discover a new kind of war. From the Middle Ages to modern times, we find two kinds of war. One is war over a nation’s territorial rights or other basic rights. The French Revolution came on the heels of individual rights being trampled on, and immediately following it, the nations of Europe fought France, which tried to conquer their lands. We can count hundreds of wars like these throughout history.Another kind of war with which we are familiar is a religious war. Examples range from the Crusades to today’s wars with Islamic State.The People of Israel does not fight wars of religion or due to the morality of another nation. It does not deal with trying to “convert” other nations to its ways, as did the Crusaders of the past or the shahids of the present. The People of Israel fights for its basic right to live its moral and spiritual life as it sees fit, and rises up against nations that repeatedly attack it to harm its spiritual level. By rising up in this way, it demonstrates that its moral level is even more important than its materialistic or territorial rights.Let us note the difference between Moab and Midian. The Moabites were those who initiated the consultation on how to harm the Israelites. The Moabites were those who drafted Balaam to the struggle. The illicit relationships were with the women of Moab. But the war that the Israelites declared was against Midian and not Moab. Why? Our Sages explained that this was based on the difference between the Moabites’ and the Midianites’ motives. The Moabites were simply afraid, as the Torah describes: “Moab said to the elders of Midian, ‘Now this assembly [The People of Israel] will eat up everything around us, as the ox eats up the greens of the field.’” (Numbers 22:4) The Midianites, on the other hand, joined a battle that they should not have been involved with. The People of Israel’s journey was no threat to them. They simply liked the idea of destroying the nation’s lofty spiritual character. Their overriding goal was to bring about the failure of the nation that was spreading monotheism’s defeat of idolatry and the breaching of basic human restrictions.We can therefore almost forgive a nation that acted out of actual fear for its sovereignty. But a nation whose sole purpose was deceitful cannot be forgiven.This distinction clarifies the message mentioned at the start. Wars between nations over territory and rights are wars that are somewhat understandable. When faced with such a war, we fight back. But we do not declare all-out war to the point of “Distress the Midianites, and you shall smite them” unless there is a real attempt to harm our moral and spiritual character.The foundation maintaining The People of Israel for over 3,000 years is its essence as a beacon of moral and spiritual light for the entire world, and most of all – for itself. Without this foundation, we cannot exist. The writer is the rabbi of the Western Wall and Holy Sites.