Had Balaam cursed them, catastrophe would have ensued. However, God turned his curses into blessings that are described in great detail. 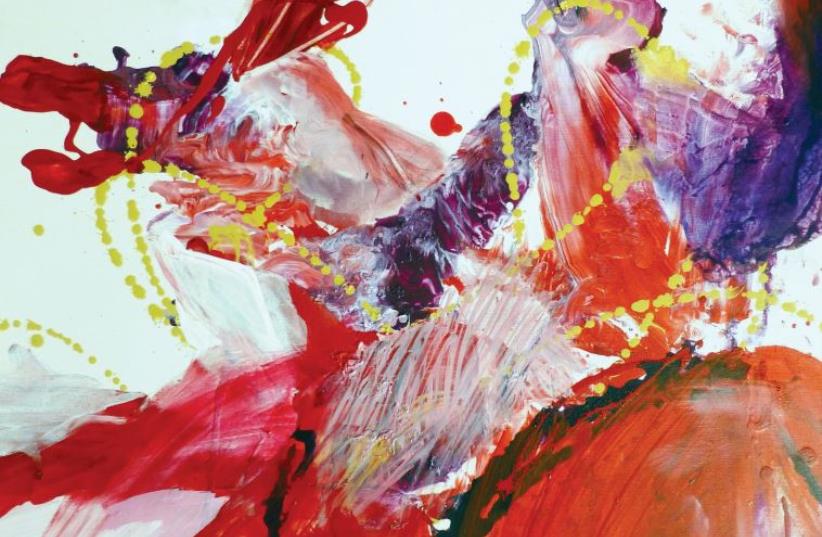 Painting by Yoram Raanan
(photo credit: YORAM RAANAN)
Advertisement
Most of this week’s Torah portion, Balak, deals with descriptions of a drama that unfolded regarding the concepts of blessings and curses.The People of Israel, a wandering nation with no territory or organized economy, defeats powerful kings in battle. Balak, the king of Moav, decides to strike them spiritually by having them cursed. He sends a diplomatic delegation to offer payment to Balaam “the prophet” in exchange for him coming to curse The People of Israel. After several delays, Balaam shows up where The People of Israel are camped in the desert, but miraculously, instead of cursing them, words of blessing emerged from his mouth. This was of great and fateful significance.Had Balaam cursed them, catastrophe would have ensued. However, God turned his curses into blessings that are described in great detail.This story raises the question: What is this significant energetic power of blessings and curses? Among all of God’s creations, man is the only one who can affect transformation in the world. He is the only one who can invent penicillin, develop the atom bomb, or send a rocket into space. The Torah describes man as created “in God’s image” since the great power bequeathed to him makes him similar to God who has the ability to bring about flourishing or calamity.Upon what does this depend? Man’s decisions. History has taught us more than once that fate is determined by decisions. Sometimes they are decisions made by leaders. Today, in the era of social media, an individual sitting at his computer at home can make decisions that impact the future of the world.Man’s decisions and choices of direction for leading the world are motivated by his perspective, by how he sees the world. It is the difference between a positive outlook and a negative one. It is reminiscent of the saying that journalists do not report the news, but “create” it. Covering world events with a negative outlook of criticism creates a negative atmosphere in the world. However, a positive and optimistic outlook brings about blessing.Balaam recognized the tremendous power of perspective.He chose to see The People of Israel negatively and express this by uttering curses. As a prophet, he had more power than others and his perspective had tremendous ability to impact reality. If it had happened, it would have been an example of a person using the vast power given him for destructive purposes.The creation of man “in the image of God” not only provides him with great strengths, but it was also meant to provide a direction for life. Examining God’s deeds teaches us of His great benevolence. He provides His creations with air to breathe, food to sustain them, and He fills the world with incredible light and color.Man’s likeness to God was meant to teach us to be like Him and to harness our strengths in order to bring goodness and joy to the world. As a prophet, Balaam was supposed to bring the word of God to the world, and as such, was obligated to bless them rather than curse them.As people, we must recognize the significance of our perspective. Negative expressions and curses can bring about destructive results. On the other hand, blessings and wishes – even daily and seemingly trivial greetings like “Good morning,” “Good afternoon” and “Good evening” – have the power to bring great blessings and happiness to the world! The writer is the rabbi of the Western Wall and Holy Sites.