Moses and the sages who followed him wished to inculcate norms of public integrity. Even when a person is sure of the righteousness of his deeds, 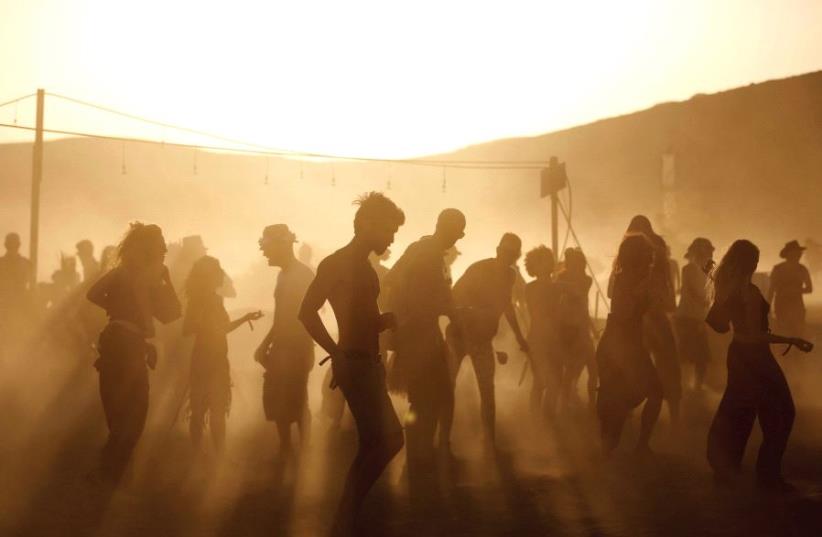 People dance
(photo credit: RONEN ZVULUN / REUTERS)
Advertisement
In this week’s Torah double portion, Matot-Masei, we read the stories of the sons of Gad and the sons of Reuben. These two tribes were blessed with many flocks of livestock. When they arrived with the rest of the nation at the entrance of the Land of Israel after 40 years of wandering in the desert, they noticed that the areas on the east side of the Jordan, conquered before the Land of Israel itself, were good areas for their herds. “The place was a place for livestock.” They desired them after finding they answered their needs and turned to Moses with the request.“If it pleases you, let this land be given to your servants as a heritage; do not take us across the Jordan” (Numbers 32:5).Moses, suspecting that they were afraid to go to war to conquer the Land of Israel, responded harshly: “Shall your brethren go to war while you stay here?” (Numbers 32:6).When Moses responded to their request so severely, the tribes of Gad and Reuben understood that they must prove their good intentions. They approached Moses with a proposal: We will fight the war alongside the other tribes of the nation, and will even serve on the front lines. Only after the war is over will we return to the desired lands on the eastern side of the Jordan.Moses agreed to this. After he was no longer suspicious that they were unjustifiably trying to dodge their responsibility, he had no reason to oppose their request.In his words, he explained why it was so important to him that they fight along with the rest of the nation. These words of Moses are worthy of becoming the motto for every person in general, and for public figures in particular. Your acquiescing to fight, said Moses, will yield the following result: “and you shall be freed [of your obligation] from the Lord and from Israel” (Numbers 32:22).We must distinguish between two problems that Moses is discussing. The first is toward God. Unjustifiably shirking one’s responsibility is a religious sin. The second problem was toward the nation. Even if your desire not to fight is justified, those who do go to battle will carry a grudge against you, and you must be “free” (of your obligation) not just toward God, but also toward your friends, “Israel.”Our sages have learned several halachot (Jewish laws) from this instruction. For example, a person who enters one of the chambers of the Temple where there was money earmarked for the ongoing needs of the Temple, was forbidden from entering wearing clothes with pockets or cuffs lest he be the object of suspicion that he took from the Temple’s funds. Also, those who collect money for the poor are forbidden from doing so alone. They must collect and distribute the charity in the presence of someone else to avoid suspicion of embezzlement.In another case, we find the sages praising the kohanim (priests) of the House of Avtinas who were responsible for compounding the incense for the Temple. The women of the family did not wear any perfume so that no one would suspect that they were enjoying the pleasant fragrance of the incense.Moses and the sages who followed him wished to inculcate norms of public integrity. Even when a person is sure of the righteousness of his deeds, he must examine how they might seem to others and how they might be interpreted.Why is this important? Because society is based first and foremost on mutual trust. When a person allows there to be suspicions about him, he is allowing society to be muddied by doubt and to lose the basic trust we need so badly. Therefore, even if a person knows for sure that there is no fault in his words or deeds, he must anticipate the results of his behavior and its social implications.This is true for everyone, but much more so for a community, a tribe, and for anyone in a leadership position. Behavior that is not transparent or that has even a whiff of fault – even if it is not actually faulty – damages the fabric of society. Each and every one of us must do our utmost to prevent this kind of harm.  The writer is the rabbi of the Western Wall and Holy Sites.