Music is coming: Ramin Djawadi, the composer for the show who wrote the catchy title track, takes a production of music from "Game of Thrones" on a live performance tour across North America. 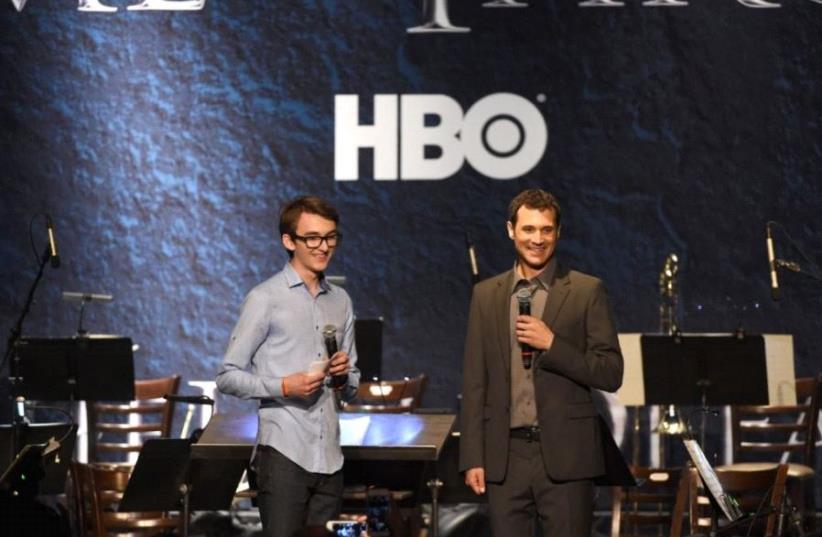 Composer Ramin Djawadi (R) and actor Isaac H. Wright from the hit HBO series 'Game of Thrones'
(photo credit: TWITTER)
Advertisement
LOS ANGELES - Any fan of the HBO fantasy television series "Game of Thrones" will tell you that the show enthralls right from its opening title sequence accompanied by a foreboding instrumental piece played using drums and violins.Later this month, Ramin Djawadi, the composer for the show who wrote this catchy title track, takes a production of music from "Game of Thrones" on a live performance tour across Canada and the US.Three years in the making, the "Game of Thrones Live Concert Experience" comprises a musical program from all six seasons in chronological order, including "all the spoilers", Djawadi says with a laugh.


"As the seasons have progressed and as the story has expanded, so has the score," he said. "And it's exciting every season to find new instrumentation for what we haven't used before."At a first look at rehearsals for the concert on Wednesday night, actor Liam Cunningham was impressed at the "enormous" scope of the production.With massive screens, a piano raised high on a stage infused in green light, and a choir that performs in a sombre procession, the show promises to excite audiences."Game of Thrones" has been a television phenomenon that has garnered large praise in the industry, winning a Golden Globe, SAG Awards, a BAFTA and several Emmys."Listen, the best drama holds a mirror up to society," explained Cunningham. "One could certainly say that certain recently elected officials in a certain country could easily fit into our cast. I'll leave that to your imagination."The "Game of Thrones' Live Concert Experience" begins its tour on February 20 in Minneapolis, and travels across the United States until finishing in Portland, Oregon, on April 2.