Israeli's show up in pursuit of a new title. 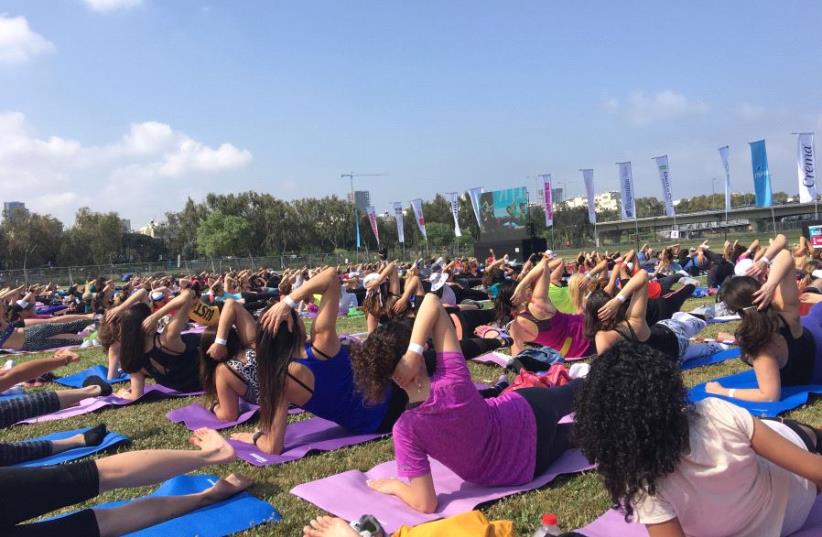 Israeli fitness buffs gather in Tel Aviv to hold the biggest Pilates class ever in Israel
(photo credit: Lahav Harkov)
Advertisement
Israeli fitness buffs gathered in Tel Aviv held the biggest Pilates class ever in Israel Friday morning. The goal was to break the Guinness World Record for largest class on International Pilates Day, with 5,000 people, but it fell short. However, the class was the biggest in Israel and the biggest mixed-gender Pilates class in the world. The participants began in Park Hayarkon with a warmup led by retired Olympic rhythmic gymnast Neta Rivkin, and the class was taught by Dalia Mantver, who opened the first Pilates studio in Israel over 40 years ago. Singer Rita also performed for the class.