Turning the contentious stereotype on its head 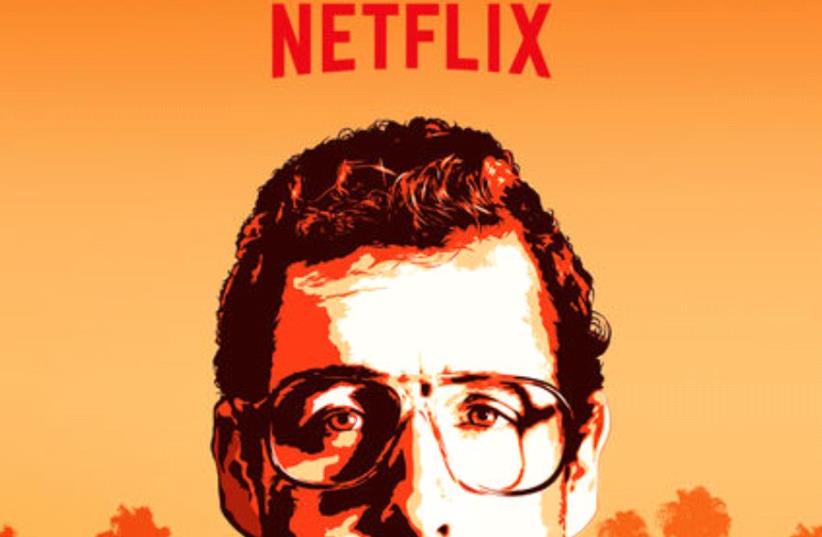 Promo for Adam Sandler's Netflix original film 'Sandy Wexler'
(photo credit: NETFLIX)
Advertisement
Adam Sandler’s Sandy Wexler is not a smart film, or even a very good film.But it touches on a narrative of a relationship far different than one often portrayed in popular culture: that of a Jewish manager and a black perfomer.The Netflix original movie, which hit the streaming service earlier this month, tells the story of Wexler, a bumbling talent agent in LA in the 1990s.Wexler, played by Sandler of course, is an almost unwatchably goofy, awkward and inept talent manager. He gives his all for his odd array of clients, but often ends up doing more bad than good.All that changes when Wexler encounters Courtney Clarke, a talented, beautiful young singer played by Jennifer Hudson.Wexler begins to neglect his other clients, devoting himself fully to Clarke because, well, he’s in love. And that love gets in the way of even holding on to her as a client, and he eventually convinces her that she needs to leave him behind so her career can progress. Her star soars, and she leaves Wexler behind – at least for a little while. No spoilers intended, but rest assured there’s a happy ending.Sandy Wexler is at its essence a vanity project for Sandler, who has signed a deal with Netflix for eight original movies. He cast his friends as costars – Kevin James, Colin Quinn, Rob Schneider – and brings in a slew of famous faces to cameo as themselves.Indeed everyone from Arsenio Hall to Judd Apatow, Jay Leno, Chris Rock, David Space, Jimmy Kimmel, Jon Lovitz and more show their faces at some point in the film.Wexler is not overtly but is assuredly Jewish: His name is Wexler, he was created by the Jewish Sandler and based on Sandler’s real-life Jewish manager Sandy Wernick. In the film, Wexler tells his neighbor that his landlord is “supposed to come out for Rosh Hashana, he already said last year Purim.”And while I may be reaching too deep into a film which is at its core schmaltzy and shallow – there is an interesting note to be heard. The relationship between Jewish agents and managers and black musicians is a complex, heated topic. Jewish music executives and managers have often been accused of exploiting black talent in the 1960s and 1970s.Rapper Lupe Fiasco released a single late last year, “N.E.R.D.,” which includes the lyrics “Artists getting robbed for their publishing/ By dirty Jewish execs who think that it’s alms from the covenant.” Of course the Anti-Defamation League wasn’t happy, accusing the performer of reinforcing “the anti-Semitic myth of Jewish control of the music industry, a stereotype that has been exploited in recent years by well-known hatemongers.” The controversy blew up on Twitter and Fiasco almost threatened to quit the industry, but he relented and released his album in February – without the controversial track.And the 2008 film Cadillac Records tells the story of Leonard Chess, played by Adrien Brody, who started the record company Chess Records. Chess ended up representing a slew of famous stars, including Etta James (Beyonce), Chuck Berry (Mos Def) and Muddy Waters (Jeffrey Wright).Roger Ebert praised the film as “a fascinating record of the evolution of a black musical style, and the tangled motives of the white men who had an instinct for it.”In Sandy Wexler, the narrative is completely flipped. Wexler didn’t have an instinct for anything, and he loved Clarke enough to, in the biggest cliche possible, let her go.“I promised my dad I’d always do what’s best for you – this is best,” he tells her, convincing her to move on and find a new manager.There’s no doubt that the reality of the history of African-American musicians is nuanced and complex, far from encompassed by any one pop culture portrayal.Sandy Wexler is set in the 1990s – somewhere between the era portrayed in Cadillac Records and Lupe Fiasco’s single (which proved the issue hasn’t entirely gone away).While Sandler isn’t taken too seriously as a filmmaker, and this latest work only enforces that, it could leave a more positive impression than past portrayals.