VIDEO: Toning her comedy act down for the rabbi 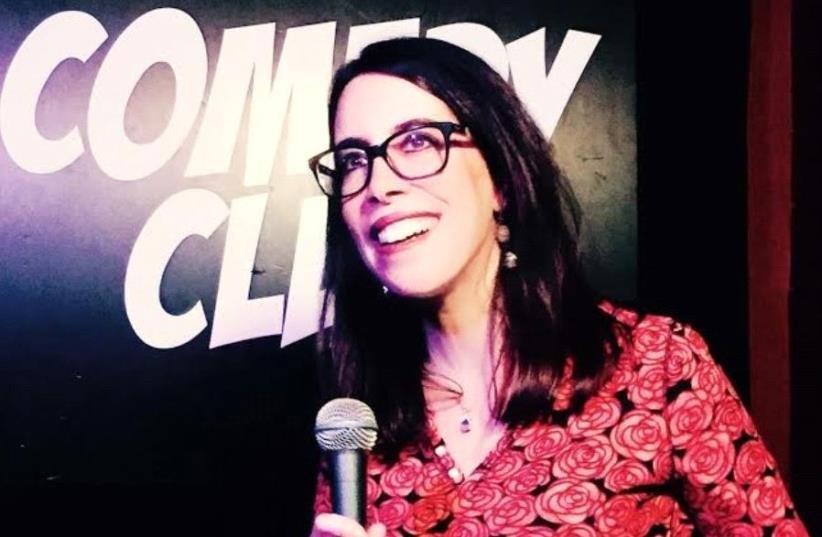 Orthodox comedienne Talia Reese
(photo credit: Courtesy)
Advertisement
When Talia Reese gets booked to do a synagogue comedy show, the rabbi often gets a little nervous. After all, the comedienne has a fairly risqué act she takes on tour around the country.But when she gets up in front of a Jewish federation or a shul dinner, Reese takes a slightly different, tamer approach.“Both acts are who I am. It’s not like they’re mutually exclusive,” Reese told The Jerusalem Post from New York. “Even though I might talk about different things – I can’t talk about the mikve or davening in shul at a club – so it’s fun for me, because I get to wear a lot of different hats. It’s challenging, but I love it. Honestly, the Jewish events are my favorite.”When Reese got up in the famed Caroline’s comedy club in Times Square, she compared sex with her first husband to getting a pap smear: “He’d come home, walk up [to the bedroom] and say... ‘scooch down.’” But in front of the synagogue crowd, Reese keeps things a little cleaner, but just on the edge. Describing the ordeal of going to the mikve and all it entails – including paying for it – she punctuates with: “After all that, I should be able to go home with any man I want!” Last month, Reese finished up a fiveday residency at the Borgata Comedy Club in Atlantic City and she’ll be headlining a kosher cruise out of Boston on Memorial Day.Reese told the Post that she’s been working in comedy her whole life, and has been doing stand-up for the past eight years. She became observant in her college days, but she grew up very traditional, and her parents weren’t thrilled with her path of choice.“My parents never loved the comedy thing. That’s why I did become a lawyer and I tried that, but once I developed an act that was great for synagogues and the Orthodox crowd, then they really got on board,” she said. As for the rest of her family, “the best part about my in-laws is that they live in Canada!” Reese’s two daughters are also fans of her work. “They love that I’m a comedian and they want me to have a reality show – they want to be famous,” she said. “As long as I send them a picture of where I’m at, they support that I’ve gone out that night.”But being a religious mom in the comedy world comes with its own challenges.“Comedy in mainstream is Friday nights; those are the big shows so I miss out,” she said. “I’ve had to turn down some really big things, but I don’t think about it.“If I wasn’t religious and I was working Friday nights, I wouldn’t be married to my husband, I wouldn’t have my kids, I wouldn’t be who I am – philosophically, any of it,” she added.That said, being Orthodox and on the road as a comic comes with its challenges, even when not performing on Shabbat. Reese said she’s had to spend the weekend in some interesting places, with a Shabbat lamp in tow.During a recent show in Hasbrouck Heights, New Jersey, “I remember I went to check in holding a pot of meatballs....it was like, ‘Hi, I’m the comedian.’” And during another work trip to the Catskills, she and her husband were driving around trying to find a mikve while the GPS kept losing reception.“We got lost driving around... and we never actually found it – and my husband wasn’t happy that night!”