DC bureau chief Michael Wilner comments on what we strive for. 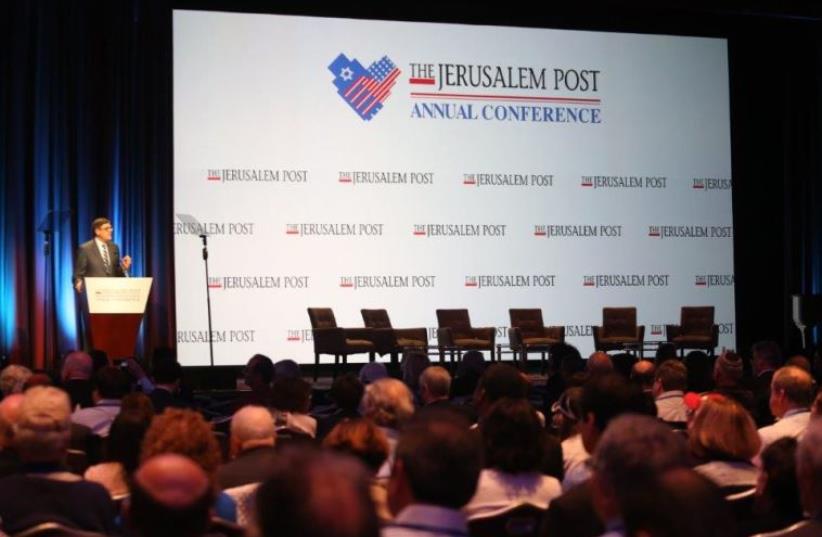 JPost Annual Conference
(photo credit: SIVAN FARAG)
Advertisement
WASHINGTON -- As a newspaper, The Jerusalem Post is proud of the journalism we offer every day to readers around the world. We were not proud of the reception US Treasury Secretary Jack Lew received on Sunday at our conference and in our name in New York.Lew addressed our conference because we have demonstrated, through our coverage, a sustained commitment to broad, thoughtful and non-partisan storytelling. We will always tell all sides of complex debates— and we will aggressively challenge those sides, as only journalists can. That is the only way to further debate; it is the only way to understand the contours of objectively challenging policy matters. And we will always respect the subjects of our stories, and will always condemn their heckling as disrespectful and counterproductive to the mission of educative journalism.We are committed, fervently, to balanced reporting in our news pages. And the reaction from Sunday's audience cannot undermine that proud tradition.When I first began as bureau chief here in Washington, I was told by my colleagues in the White House that no other Israeli outlet has a sustained presence in the building. Some cover Washington from New York; others, from Israel.Our competitors have taken the opportunity to use the voices of a few hecklers to dismiss and castigate our entire readership. Our newsroom fundamentally rejects that, as do our own analyses of that readership— an audience larger across the global Diaspora than that of any other Jewish American or Israeli news organization. Unlike the majority of Israeli newspapers, The Jerusalem Post is committed to presenting news entirely separate from our commentary contributors. We understand the sanctity of that division, and reject the tradition of competing newsrooms in Israel that not only collect, investigate and disseminate the news, but render judgment on the news.Indeed, the Post has several prominent conservative columnists. But we will always be the organization that presents all sides— conservative, liberal and otherwise— without prejudice, and with the clarity and respect all voices in democracies deserve. We know that the issues on which readers rely on us for detailed reporting— Iran and its nuclear program, US-Israel relations, the fate of the Palestinians and so much else— require that standard. And we will uphold it, from Washington to Jerusalem, every single day.