The artist has taken to social media in attempt to defend his actions, stating that he wanted to insert the messages out of his love for the Quran and Allah. 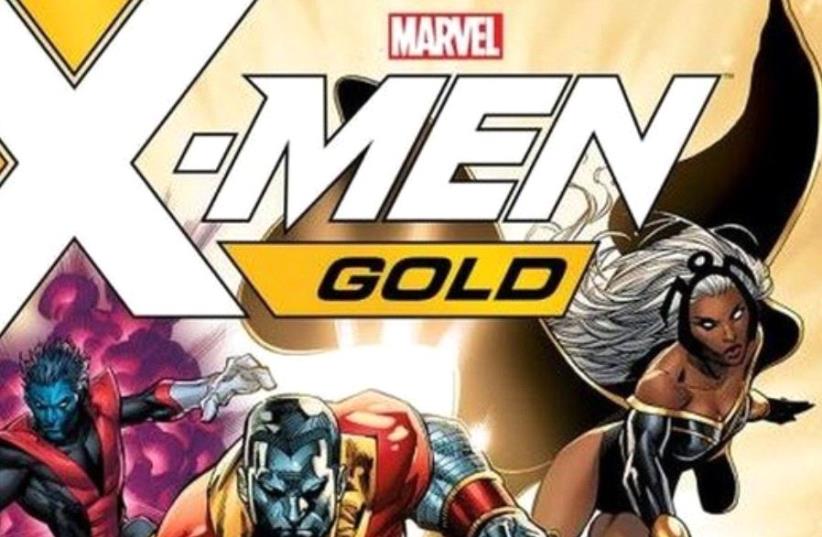 X-Men Gold cover
(photo credit: screenshot)
Advertisement
Former Marvel illustrator Ardian Syaf stated that his "career is over" after leaving secret messages embedded within the artwork of the first issue of the comic book X-Men: Gold, some of which readers are calling antisemitic, anti-Christian and pro-Islamist. Syaf, a resident of Indonesia, referenced numerous political and religious messages in the comic book's artwork and was quoted as saying that "when Jews are offended, there is no mercy" by the Indonesian news site Coconuts Jakarta.Within the first issue of X-Men: Gold, the artist emblazoned QS: 5:51, or Quranic Surah 5:51, on the shirt of X-Men character Colossus. This verse has been used by hardliner Islamists to discourage Muslims from voting for non-Muslims and is considered by many to be antisemitic.


The verse reads, according to the Sahih International translation: "O you who have believed, do not take the Jews and the Christians as allies. They are [in fact] allies of one another. And whoever is an ally to them among you - then indeed, he is [one] of them. Indeed, Allah guides not the wrongdoing people."Syaf also referenced the November 2016 Jakarta protests (also known as "defending the Quran protests") against then Governor Basuki Tjahaja Purnama for alleged blasphemy of the Quran, by usage of the movement's code 212. Within the same issue, the former comic book artist inserted the work "Jewelry" next to the Jewish character Kitty Pryde, though her head conspicuously cuts off part of the word. Marvel issued a statement Tuesday announcing that Syaf's contract had been terminated. "The mentioned artwork in X-Men Gold #1 was inserted without knowledge behind its reported meanings," Marvel said."These implied references do not reflect the views of the writer, editors or anyone else at Marvel and are in direct opposition of the inclusiveness of Marvel Comics and what the X-Men have stood for since their creation. This artwork will be removed from subsequent printings, digital versions, and trade paperbacks."The artist has taken to social media in attempt to defend his actions, stating that he wanted to insert the messages out of his love for the Quran and Allah while promoting "justice" and "love."