Woman fakes her own kidnapping to get off of work

The woman stated to the police that a stranger jumped into her car, forcing her, at knifepoint, to drive him to all kinds of places - a journey that she said included several drug deals. 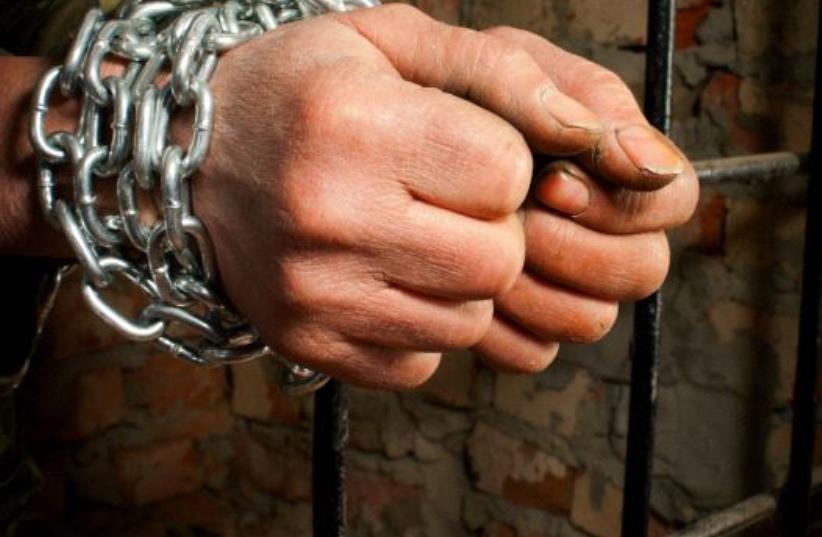 Man with hands tied up with chains behind the bars (illustrative)
(photo credit: INGIMAGE)
Advertisement

A police officer on duty was sent to check a suspicious car in San Antonio, Texas, about two weeks ago, and discovered 48-year-old Sheila Bailey Eubank inside, tied up with a rope.

After being taken to the nearest police station, she stated that a stranger jumped into her car, about 12 hours before she was found, while she was withdrawing money from an ATM in the city. She said that he forced her, at knifepoint, to drive him to all kinds of places - a journey that she said included several drug deals.

Eubank said that after they finished the kidnapper's errands, he attacked her and tried to strangle her with a rope, then tied her up and left her in the car.

The police were not in a hurry to believe her strange story, however, as they found a lottery ticket in her bag, bought that day while she was allegedly "kidnapped."

Officers managed to obtain security footage from the store where the lottery ticket was bought, in which the 48-year-old was seen entering the store alone, seemingly unharmed, not in a hurry and even lingering to have some small talk with the clerk.

"I just wanted a day off"

Afterward, officers watched the security footage of the ATM, where she also seemed calm and unharmed. They confronted her with the facts in further questioning, and eventually, Eubank cracked and admitted that she just wanted a day off from work. Now, she is facing charges of impersonation.