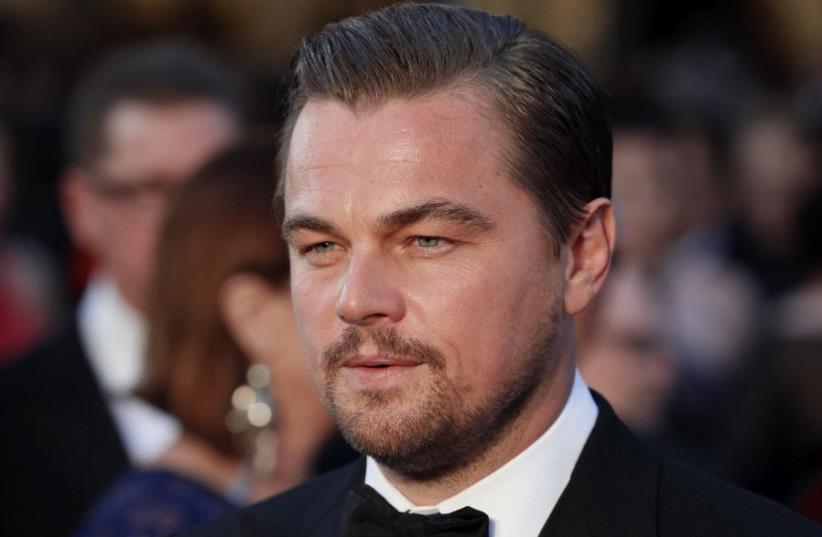 Leonardo DiCaprio
(photo credit: REUTERS)
Advertisement
Leonardo DiCaprio is investing in a green-certified hotel in Herzliya.The Oscar-winning actor and prominent environmental activist will be joining the Hagag Group as a partner in the hotel, according to a statement from the company on Sunday. The hotel, which will be built along the Herzliya Marina, will be constructed according to the LEED (Leadership in Energy and Environmental Planning) standards of the US Green Building Council.
A mockup of the future Herzliya Marina hotel project. (photo courtesy Viewpoint)
“Green environmental development is a significant part of building communities that work in partnership with nature and not against it,” DiCaprio said. “As we seek to create a future that heads off the most severe effects of climate change, we need projects that push for new developments in environmental design... This project, designed by David Rockwell and which meets the gold standard of LEED, will serve as a model for environmentally friendly hotel development for the entire world.”DiCaprio famously visited the country in 2007 when he was dating Israeli model Bar Refaeli. During that trip, he met with then-president Shimon Peres to discuss environmental issues. The actor returned for another trip to Israel in 2010. The couple split in 2011 and Refaeli has since married, but DiCaprio remains single. In January last year, DiCaprio spotlighted a project in Israel on his Instagram that is aiming to build the world’s tallest solar thermal tower. That project, created by Megalim at the Ashalim solar complex in the Negev, is slated to begin operations this year.

#Regram #RG @unfccc: The arid landscape of Israel’s Negev Desert will look like a futuristic movie in the near future. The country is building the tallest solar thermal tower in the world above its dusty sands. Surrounded by 50,000 mirrors, the 250 meters high tower should be able to produce enough power for about 5% of Israel’s population when it’s concluded. The sunlight will be reflected by the mirrors to a boiler at the top of the tower. The boiler will then be able to convert them and heat water to steam to turn the turbine in a conventional power plant. Picture: Megalim Solar Power #solar #cleanenergy #Israel #greeninitiative #desert