Miriam Adelson decks herself out in Jerusalem

Adelson’s dress was reminiscent for many of the gown that Culture Minister Miri Regev wore to last year’s Cannes Film Festival.

By AMY SPIRO
MAY 14, 2018 19:00
Miriam Adelson at the inauguration of the US embassy in Jerusalem, May 14, 2018
(photo credit: MARC ISRAEL SELLEM/THE JERUSALEM POST)
Advertisement
Dr. Miriam Adelson, the wife of prominent businessman and philanthropist Sheldon Adelson, arrived at the opening of the US Embassy in Jerusalem on Monday dressed as... Jerusalem.The Israeli-born Adelson was spotted in a white flowing dress decorated with Jerusalem stone, adorned with the capital’s skyline, with edges flanked by two Jerusalem lions. 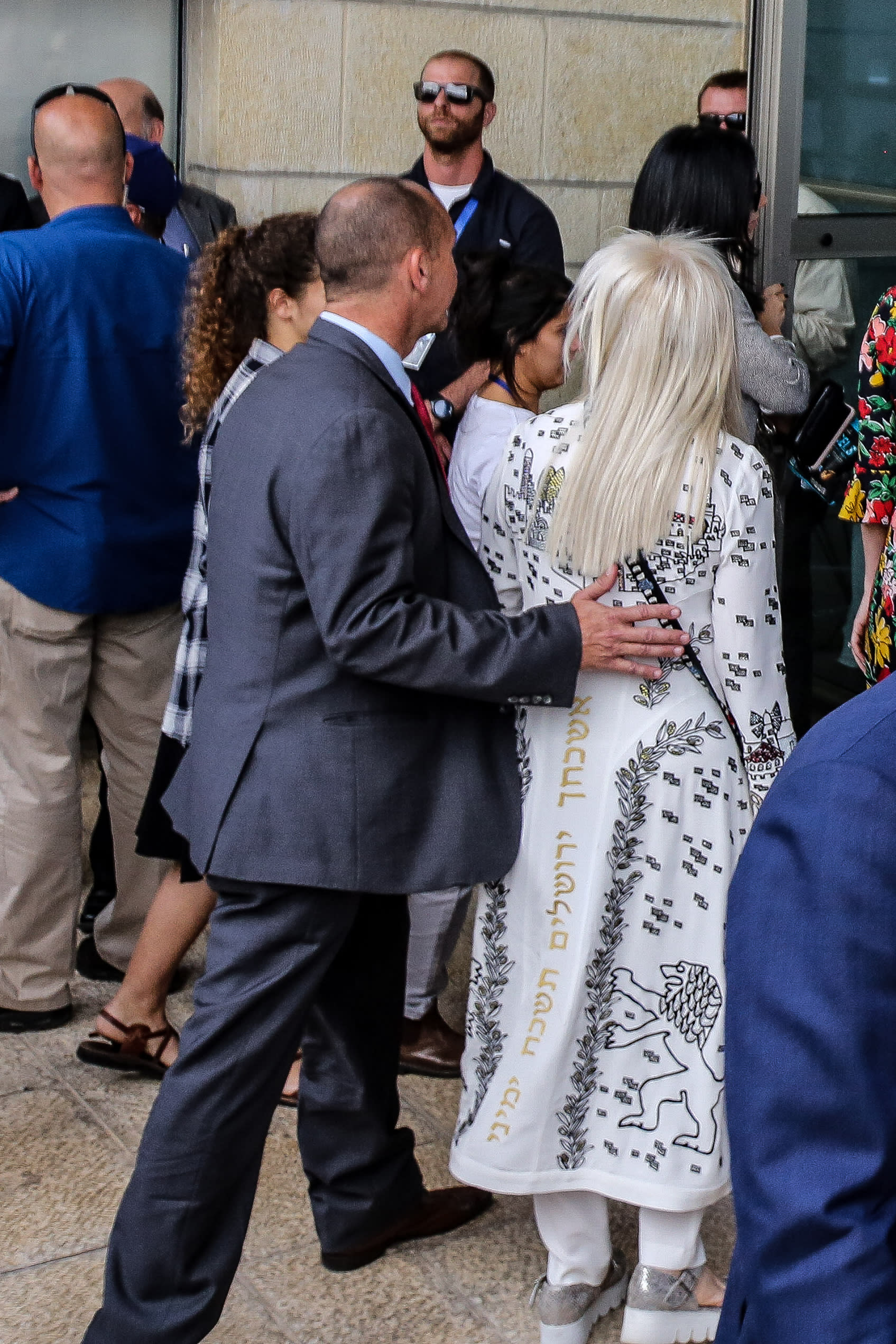 Miriam Adelson at the inauguration of the US embassy in Jerusalem, May 14, 2018 (Marc Israel Sellem/The Jerusalem Post).Down the back of the dress was printed in Hebrew “Im eshkachech Yerushalayim, tishkach yemini,” - the biblical phrase meaning: “If I forget thee, O Jerusalem, let my right hand forget its skill”By contrast, Ivanka Trump appeared in a rather staid cream skirt suit.Adelson’s dress was reminiscent for many of the gown that Culture Minister Miri Regev wore to last year’s Cannes Film Festival. That dress featured a gold bodice and a white skirt printed with a 360-degree image of the Jerusalem skyline along its hem. 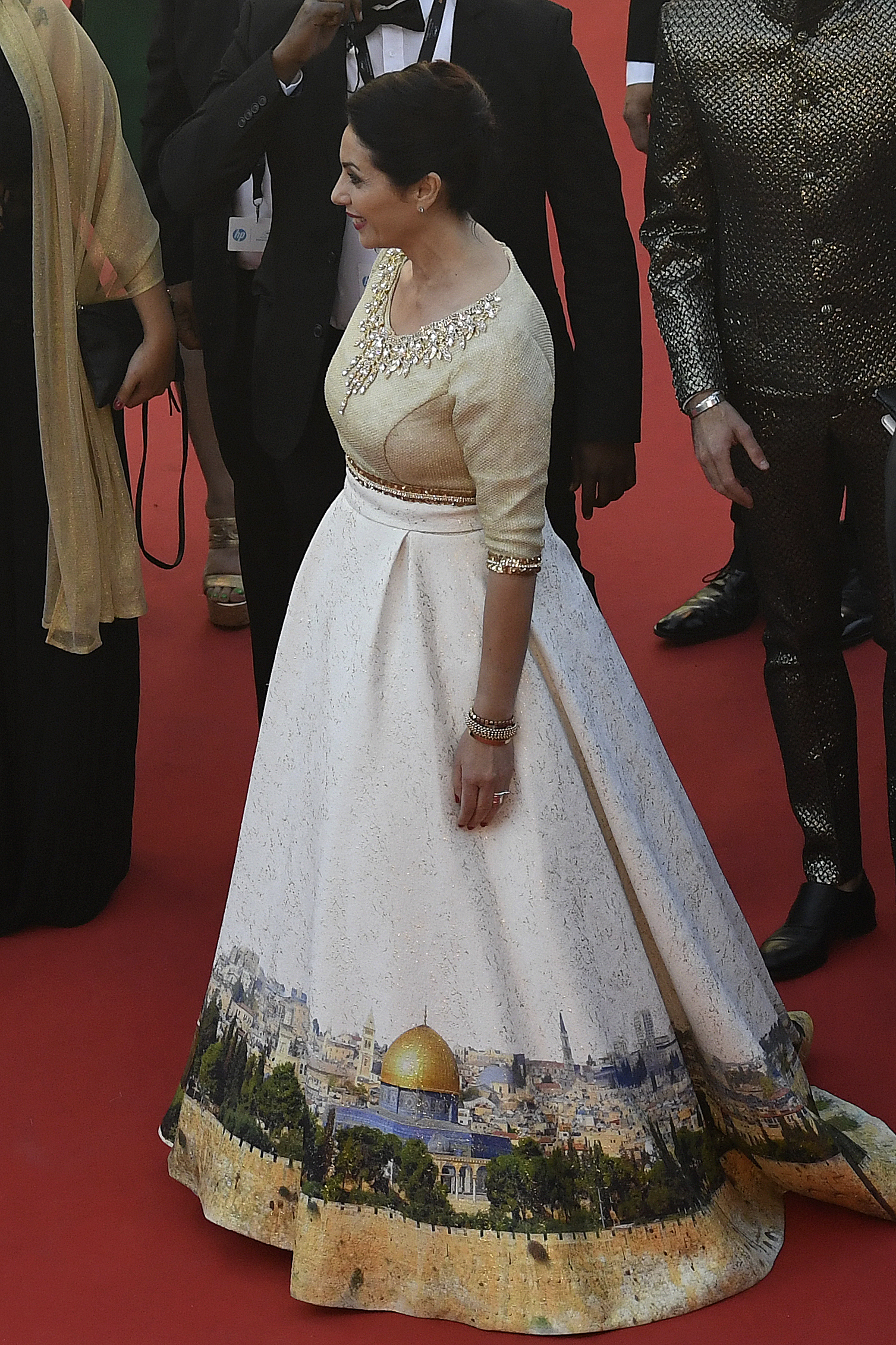 Israeli Culture Minister Miri Regev wearing a dress featuring the old city of Jerusalem at the Cannes Film Festival, May 17, 2017 (ANTONIN THUILLIER / AFP).Earlier this year, Regev announced she would be auctioning off her dress, and the bidding opened last week.