Army is close to completing destruction of tunnels and ground forces "will be free from any restraint and will be able to focus on attacks," IDF source says.

By YAAKOV LAPPIN
AUGUST 2, 2014 12:04
IDF uncovers Gaza tunnel
(photo credit: IDF SPOKESMAN'S OFFICE)
Advertisement
A Hamas terror cell attacked a Givati unit on Friday in Rafah and captured an officer after the Israeli soldiers discovered a large cross-border terrorism tunnel, stretching from Rafah deep into Israel, a senior army source said Saturday.The tunnel surfaced some two kilometers into Israeli territory, the source added. A tunnel shaft on the Gazan side surfaced in an open area surrounded by homes. Terrorists emerged from the shaft, and a suicide bomber detonated himself near the soldiers, before the officer was kidnapped, the source said. In the hours following the capture, the IDF launched an intensive search in Rafah, accompanied by large-scale firepower.The IDF has so far killed some 800 terrorists in its offensive in Gaza, the source said.Late Friday night and early Saturday morning, the IDF attacked 200 Hamas targets, most of them command and control centers. Some 4,500 Hamas and Islamic Jihad targets have been destroyed in Gaza since the start of the Gaza war."We have seen far less friction on the ground overnight," the source said. One Palestinian attack on the IDF in Gaza came in the form of an anti-tank missile fired at the Armored Corps in Shejaia, northeast Gaza. Additionally, seven soldiers were lightly injured in a mortar attack in northern Gaza.The IDF has destroyed four tunnels in recent hours, and is "very close to completing the process of destroying the tunnels," the source said. The process should be complete soon, he said. Members of the elite IDF Maglan unit destroyed a terror tunnel in a massive explosion on Saturday. The unit targeted the same tunnel that led to a booby-trapped shaft in southern Gaza last week. Three members of the unit were killed last week while engaging the shaft.The Maglan unit together with the Engineering Corps jointly mapped out and destroyed the cross-border tunnel, which led into Israel.

Once this goal is achieved, Ground Forces "will be free from any restraint and will be able to focus on attacks, as well as continuing the operation," he added.During recent air strikes, the IDF targeted five mosques in Gaza used as rocket storage centers and command posts. A target in the Islamic University complex used for military activity was also hit, the source said.The IDF has drafted 82,000 of the 87,000 reserves it is authorized to call up.On Friday, a Hamas attack on IDF soldiers in southern Gaza, which occurred an hour and a half after the start of a humanitarian truce, ended with the killing of two IDF soldiers, and the kidnapping of a soldier in Rafah, southern Gaza, the IDF said Friday.Terrorists emerged from a tunnel shaft, and suicide bomber detonated himself in the vicinity of soldiers. Heavy exchanges of fire ensued, before one of the IDF soldiers was kidnapped, a senior army source said.The IDF named the abducted soldier as Sec.-Lt Hadar Goldin, a 23-year-old Givati officer from Kfar Saba. The two soldiers killed in the attack have been named as Maj. Benaya Sarel, 26, a Givati officer from Kiryat Arbba, and St.-Sgt. Liel Gidoni, 20, a Givati soldier from Jerusalem. 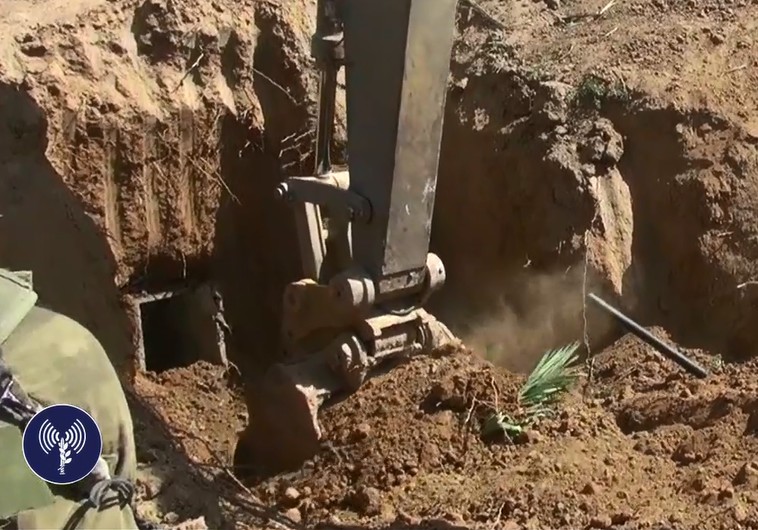 "The incident is ongoing, and the IDF is in the midst of operational and intelligence efforts to track down the soldier," the army added on Friday. The statement came after Palestinians reported heavy exchanges of fire in southern Gaza, in which several lHamas attackers were reportedly killed in IDF return fire.Five soldiers from the IDF's Barak Formation were killed Thursday when a mortar fired from Gaza landed in Israel, near the border. They were named late on Thursday as Capt. Liran Adir, 31, from Azuz, Sgt.-Maj.Daniel Marash, 22 from Rishon Lezion, Capt. Omri Tal, 22, from Yehud, St.-Sgt. Shay Kushnir, 20 Kiryat Motzkin, and St.-Sgt. Noam Rosenthal, 20, Meitar.Sixty three soldiers, officers, and NCOs have been killed since the start of the war. Nineteen were injured on Thursday.The IDF attacked 50 Hamas targets across Gaza overnight between Thursday and Friday, including rocket launch zones, and targets that were hit by the navy and infantry in a combined attack. Two terrorists seen near a tunnel were killed by Paratroopers. The Israel Air Force struck an Islamic Jihad control room, killing two terrorists.Meanwhile, Givati infantry units uncovered two tunnel shafts and destroyed them. Secondary explosions were seen in the blast.
Advertisement
Subscribe for our daily newsletter