The Saraya Yehya Ayyash group has posted pictures and video of itself on social media, launching rockets from Gaza into Israel.

By ARIEL BEN SOLOMON
Saraya Yehya Ayyash members in action.
(photo credit: TWITTER)
Advertisement
(Video: Sayara Yehya Ayyash men launching various rockets from Gaza)The al-Qaida-linked Abdullah Azzam Brigades, which has claimed responsibility in the past for rocket fire at Israel from Lebanon, now claims, for the first time, that it is behind rocket attacks on Israel from the Gaza Strip.According to information gleaned by the Jihad and Terrorism Threat Monitor of MEMRI (the Middle East Media Research Institute), and shared exclusively with The Jerusalem Post, the Saraya Yehya Ayyash group, which is part of the Azzam Brigades, has posted pictures and video of itself on social media, launching rockets from Gaza into Israel.This is the first time that we have heard about the al-Qaida group’s presence in Gaza, MEMRI told the Post on Thursday.The four-minute video shows Saraya Yehya Ayyash men firing rockets from the Strip. Some are shown to be concealed in tubes under the ground.The Azzam Brigades tweeted pictures showing its men from the Saraya Yehya Ayyash preparing to launch their rockets.In one tweet by Sheikh Sirajuddin Zureiqat, the spokesman for the group, he said the picture showed a rocket launch against “the Jews.”The US government has designated the Abdullah Azzam Brigades a terrorist organization.The organization was created in 2009 and is based both in Lebanon and the Arabian Peninsula, according to the US State Department website. 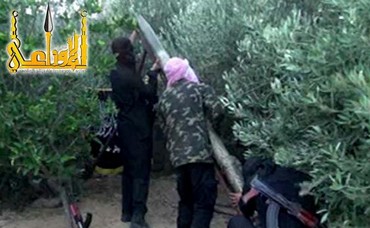