A Fresh Perspective: Free to be you and me in a unified Jerusalem

In order for Jerusalem to remain a unifying symbol, it must continue to feel like home to all of these different sectors. The only way for this to happen is by letting every sector live his lifestyle 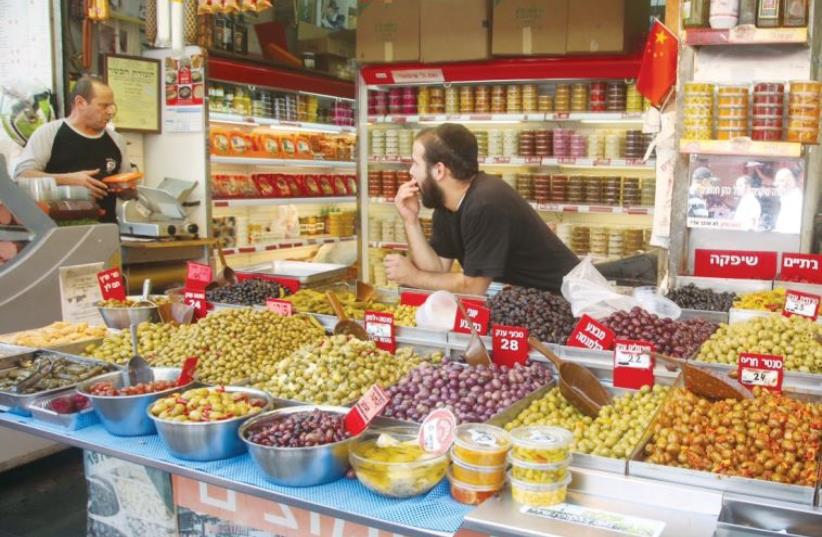 Jerusalem store
(photo credit: MARC ISRAEL SELLEM & FACEBOOK)
Advertisement
The challenges facing Jerusalem these past few months are significant.The country’s capital is under attack.Much of the latest wave of terrorism has targeted Jerusalem. Fewer tourists are visiting the city. Businesses are closing down.Still, looking only at these temporary problems, however harsh they might be, would be a great mistake.Temporary problems can have temporary fixes.The real threats to Jerusalem come from the much deeper, long-term challenges that the city faces.A study released in the past few weeks showed a grim reality: Jerusalem is being abandoned. In 2014, well before the start of the latest wave of terrorism, it led the country in negative migration. While 10,351 new residents moved to the city, a full 17,091 residents left. Most of those leaving were young people of secular background.The truth is that, thanks to the great work of many people, these numbers actually reflect progress over previous years, and keep improving. Still, they signify a prolonged negative trend.Many reasons have been given for this. Some claim the housing crisis, with high prices all around the country, has especially hit Jerusalem where foreign investors are keen to buy property, thus raising prices.This, coupled with the lack of building in some areas of the city out of fear of international condemnation, makes it unaffordable for young Israelis.Others have spoken of Jerusalem’s lack of attractiveness to some young Israelis, since it caters less to the secular population of the city. The large ultra-Orthodox population, together with parts of the religious Zionist community, has promoted policies preserving what it sees as the Jewish character of the city. Thus, stores are closed on Shabbat, and many of the activities that secular Jews want to engage in on Friday nights are becoming harder to find in Jerusalem.While the search for the cause of this negative trend is an important discussion to have when trying to find a solution, it is just as important to understand the full ramifications of this reality.

A Zionist minority in Israel’s capital?Zionism is based on the 2,000-year-old dream of the Jewish people to return to Zion – one of the names of Jerusalem.While Zionism was incredibly successful in returning Jerusalem to the Jewish people, today, the Zionist movement in Israel is slowly disappearing.The two fastest growing communities in Jerusalem are the non-Zionist haredi community, and the non-Zionist Arab residents.Coupled with the fact that the secular community is leaving Jerusalem, this means that very soon one can expect a Zionist minority in the city.This has clear ramifications on the level of identification that the Zionist community can have to the capital city of the Zionist project, Jerusalem.

Municipal taxes paid only by part of the residents Jerusalem is often ranked as Israel’s poorest city.However, a closer look shows that there are various population segments: some very wealthy, some middle class, and some very poor.The very poor population is large. A large part of it is poor out of ideology, refusing to go out to work and rather depending on the aid provided by the government to subsist.This means that only part of the population passes the salary threshold for paying municipal taxes. This forces the municipality to require higher taxes to compensate for those who are exempt from these taxes.The services, on the other hand, are no better than in any average municipality.The high municipal tax creates an additional disincentive for hard-working Israelis to stay in Jerusalem.They prefer going to a city where the burden of taxation is more equally distributed among all residents.Add to this the difficulties the municipality has in collecting taxes in the Arab sections of Jerusalem, and you have a situation that makes it very expensive to stay in Jerusalem.

Jerusalem should be a uniting symbol The Book of Psalms describes Jerusalem as a city “connected together.” The commentators explain that Jerusalem unites the Jewish people and makes them friends.Jerusalem, over the ages, was the most unifying symbol for the Jewish people in the world. Religious and less religious, Ashkenazi and Sephardi: all were connected to Jerusalem.For Jerusalem to survive as a symbol, it must continue to unify. For this to happen, it is essential that parts of the Jewish people are able to find in Jerusalem something they can connect to.If Jerusalem becomes the city of religious people where secular people feel uncomfortable, then it will lose some of its universal significance. This will lead to a demographic problem in Jerusalem, which will become less Jewish, with secular people leaving the city. Jerusalem will also lose some of its historical significance.

Uniting the next generation to JerusalemWhen the disappointing results last week showed the negative migration from Jerusalem, a political argument developed.Hitorerut, a young and diverse local political faction that includes religious and secular people who want to make Jerusalem more inclusive, claimed that the religious Zionist parties made a big mistake when allying themselves to the ultra-Orthodox parties in promoting the closure of stores on Shabbat. By doing so, Hitorerut claimed, Jerusalem would make young secular Jews run away. It is important to note that the claim was raised by Elad Malka, a young religious Zionist leader who cares deeply about his religiosity, but also sees the larger picture and understands that coercion will only hurt Jerusalem.The religious Zionist parties rejected the criticism and claimed that it was misplaced.The fact is that, if we want Jerusalem to live up to its potential, it needs to be a place that unites all Jews. The only way for this to happen is if all Jews feel free to live their lifestyle in this city.This creates some friction. Unlike other cities where the religious or secular each live in their own corners, in Jerusalem there is daily interaction between all of the different sectors of Israeli society: religious and secular, Israelis and immigrants, Arabs and Jews. Jerusalem has all of them.For Jerusalem to stay Jerusalem, it must preserve all of them.Hitorerut is right. In order for Jerusalem to remain a unifying symbol, it must continue to feel like home to all of these different sectors. The only way for this to happen is by letting every sector live his lifestyle freely, without coercion. The writer is an attorney and a former legislative adviser to the Coalition chairman in the Knesset. He previously served in a legal capacity at the Foreign Ministry. He is a graduate of McGill University Law School and Hebrew University’s master’s program in public policy.
Advertisement
Subscribe for our daily newsletter