A Jewish voice and universal prophet

What struck me most about Wiesel was his extraordinary ability to articulate the universality of the lessons of the Holocaust while never losing hold of the particularity of the horrors of the Shoah for Jews. 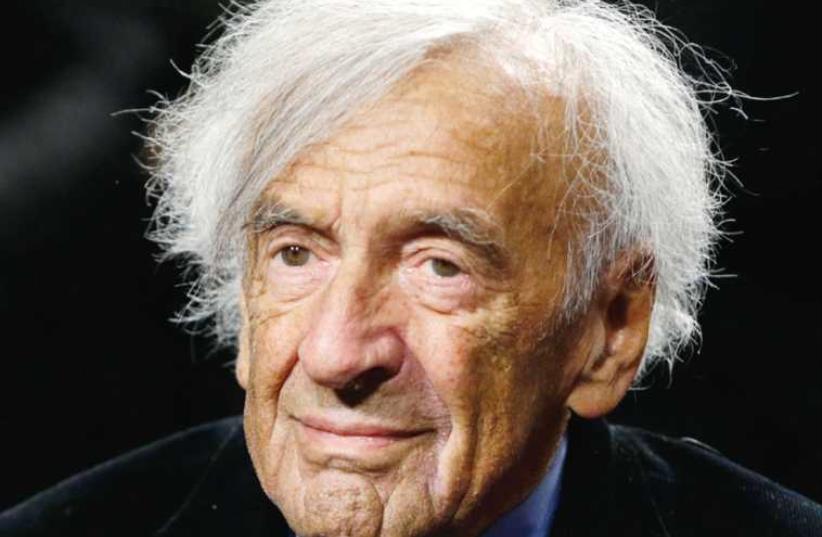 Elie Wiesel
(photo credit: REUTERS)
Advertisement
With the passing of Elie Wiesel, the world has lost one of its greatest prophetic voices. He was a visionary for the global Jewish community, with which he proudly identified, and for the entire human community, of which he was a first citizen.Wiesel was the essential witness of the Holocaust and it is due to his work that the Shoah is seared into the world’s memory. Tragically, the human capacity to forget painful memories is legion. Wiesel is the strongest bulwark against those who would forget the Shoah.I first met Elie Wiesel as a college student in the mid-1970s, when I heard him hauntingly speak about the prophet Elisha, and continued to imbibe his wisdom during the years we were colleagues at Boston University during the 1990s and early 2000s.More recently, I was privileged to appear with him at Faneuil Hall to discuss the challenges of the new anti- Semitism. His was a voice of unique strength, clarity, and power. He felt deeply that his survival carried with it the highest moral obligation to bear witness and to speak out. For him, “never forget” was more than a mission, it was his very reason for being.What struck me most about Wiesel was his extraordinary ability to articulate the universality of the lessons of the Holocaust while never losing hold of the particularity of the horrors of the Shoah for Jews.We live in a time when this balance is under enormous stress. There are those who deny the particular anti-Semitism at the heart of Hitler’s maniacal “war against the Jews” and even worse, those who would deny the Holocaust altogether. And there are those who would restrict the implications of the Holocaust to a single point in time and single location. Wiesel rejected both extremes. A deeply identifying Jew and a passionate supporter of Israel, he never allowed the Holocaust to be generalized to the point of losing its essential identity as the greatest tragedy to affect the Jewish people, who will never again allow itself to be without the ability of self defense. At the same time, Wiesel drew from his own experiences to speak with particular eloquence on issues such as the slaughter in Rwanda. He famously wrote that “No human race is superior; no religious faith is inferior. All collective judgments are wrong. Only racists make them.”Ellie Wiesel leaves behind an profound body of work, as scholar, memoirist, novelist, essayist and advocate for human rights. He also bequeaths to us a challenge of critical importance, as he set out in his Nobel Prize address: “There is much to be done, there is much that can be done. One person – a Raoul Wallenberg, an Albert Schweitzer, one person of integrity can make a difference, a difference of life and death. As long as one dissident is in prison, our freedom will not be true.As long as one child is hungry, our lives will be filled with anguish and shame. What all these victims need above all is to know that they are not alone; that we are not forgetting them, that when their voices are stifled we shall lend them ours, that while their freedom depends on ours, the quality of our freedom depends on theirs.”The writer is a senior research scholar at Yale Law School, former president of Brandeis University and the secretary and CEO-elect of the Phi Beta Kappa Society.