In this new Jewish year, I wish everyone the kind of luck I had last summer. Not to plunge into any abyss, of course, metaphoric or real. But if you fall, be lucky enough to fall well. 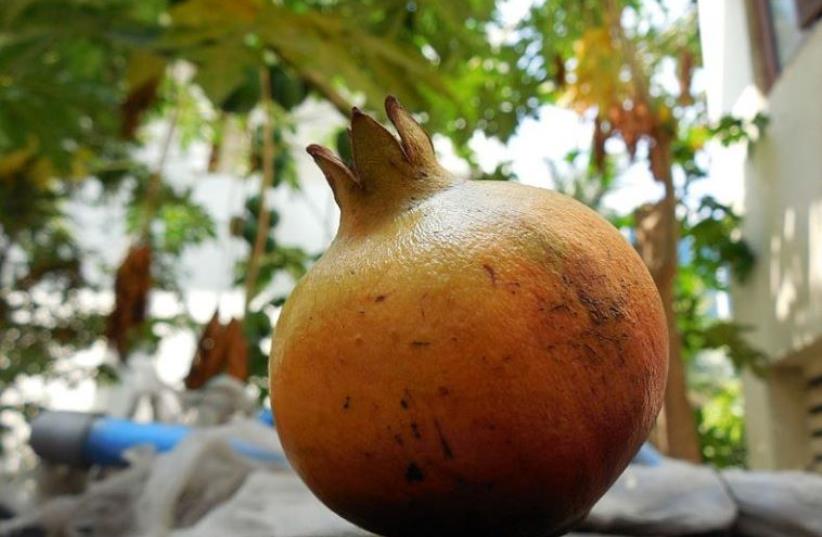 Rosh Hashana
(photo credit: Wikimedia Commons)
Advertisement
This summer, while touring Norway, my older brother’s family and mine hiked atop an ice glacier. We hired two experienced guides who gave us helmets, sharp icepicks for anchoring and ropes tethering us all together for safety. This magical venture into another world took a dramatic turn when I sidestepped a bit to the left while crossing an ice crevasse and cartwheeled head-first into the abyss.Suddenly, I was upside-down in a two-foot-wide fissure separating one part of the earth from another, clutching my glasses and my icepick, with the safety rope looped around one thigh, looking 10 meters down into where I could have fallen catastrophically, with the sounds of rushing water drowning out my family’s frantic calls to me. The first words I heard were “he’s bleeding.” Fortunately, despite being tethered to the two lightest links in our human chain – my 13-year-old daughter and 16-yearold niece – these young heroines held their ground and caught me, suspending me inside the crevasse. And fortunately, despite falling forcefully while clutching a deadly- sharp icepick, plunging into nothing didn’t hurt. I yelled “I’m OK,” maneuvered myself upright, and escaped this icy world – aided by our guide who had scampered back to help.I then took that nerve-wracking post-fall accounting, patting myself down head-to-toe seeking scrapes, breaks, cuts, or aches. I was really lucky. Really. Beyond two little scratches on my eyebrow and nose, and some wounded pride balanced by great relief at surviving unscathed – and not panicking – I walked away from an accident that easily could have been what my late grandmother called “a real God-forbid.”In this new Jewish year, I wish everyone the kind of luck I had last summer. Not to plunge into any abyss, of course, metaphoric or real. But if you fall, be lucky enough to fall well. Gravity is our friend – except when it isn’t. The line between a great story and a greater disaster is thin.Our acquisitive, ambitious, capitalist world programs us to focus on what we don’t have yet or will never get.Those of us blessed with good health and great lives should appreciate all we have. I wish everyone a year of gratitude, having much to be grateful for – and acknowledging it.The theological mystery behind my fate stymies me – I am not arrogant enough to believe God would bother saving me nor judgmental enough of stricken people to believe God abandoned or punished them. Still, I cannot resist toasting – and learning from – what saved me: being tethered to family and community. We all stumble; we need internal resources and external supports to cushion our fall and rescue us. Unfortunately, ours is an age of disposable relationships, of contingent communities.Nevertheless, some of us hold the line, trying to keep personal commitments, family ties and communal connections strong, enduring, anchoring. These ties that bind can also sustain and, when necessary, save. Atop that glacier the line held – although my daughter’s knees first buckled and she suffered a slight rope burn. She and her cousin saved my life because the group absorbed my weight, even when amplified as my accelerated mass generated a greater, jolting, force.As we continued, because I really was fine, I recalled my 95-year-old father-in-law’s story about being in downtown Tel Aviv on May 14, 1948, when Israel proclaimed its independence.Remembering his suffering in wartime Romania before arriving in Palestine in 1944 – which trumps any trauma I ever experienced – he grabbed the lapels of his jacket and shouted gleefully, his accent thickening and his eyes bulging out, “I’m here! I survived! Looook at me, I survived!” He, too, always credited the community, expressing his gratitude to Israel – and the Jewish people – for saving him and taking him in after the Holocaust.But survival is not enough. For too long, recovering from our collective trauma, the Holocaust, Jews have been obsessed with our survival, shouting, in so many ways, “I survived, looook at me, I survived!” But my father-in-law did more than survive. He thrived, raising four wonderful children, including his extraordinary daughter aka my wife, who then generated 11 grandchildren. Even more than that, he has this powerful life force, this infectious love of life, that has sustained him since his birth in 1920.For too long, the Jewish community has been too satisfied with mere survival. Far more Jewish students enroll in Holocaust classes than classes about Judaism or Zionism, just as fighting the Boycott, Divestment and Sanctions (BDS) boycotters trumps articulating an inspiring Zionist vision for the 21st century. We worry about combating intermarriage without doing enough to help young modern Jews build meaningful Jewish lives. And Israel currently has a prime minister so obsessed with surviving against Israel’s external enemies and surviving in politics he fails to provide the kind of dynamic domestic leadership Israelis also need.This year, in Israel and throughout the rest of the Jewish world, let’s focus on thriving, not just surviving, individually and collectively. Instead of being what the Jewish historian Simon Rawidowicz called the Ever-Dying People, we should be the Brilliantly-Living People. Let’s work on enhancing our Jewish journeys, on finding meaning through Judaism and Zionism, on deepening our connection to Israel, and on doing it with zest, and with joy, as my father-in-law has. And let’s remember, by tethering ourselves to each other we look out for one another, we sustain one another, during the normal course of life and on those rare but terrifying moments when we stumble into an abyss. We can help each other, even save each other, but only if the ties are real and lasting, not superficial and transient.The writer is the author of The Age of Clinton: America in the 1990s which will be published this October by Thomas Dunne Books of St. Martin’s Press. A professor of history at McGill University who will be a Visiting Scholar at the Brookings Institution this fall, this will be his eleventh book. Follow on Twitter @GilTroy www.giltroy.com.