A note on Remembrance Day

I am from the generation which lost relatives, friends, acquaintances and fellow workers in all of Israel’s wars and military operation since the War of Independence. 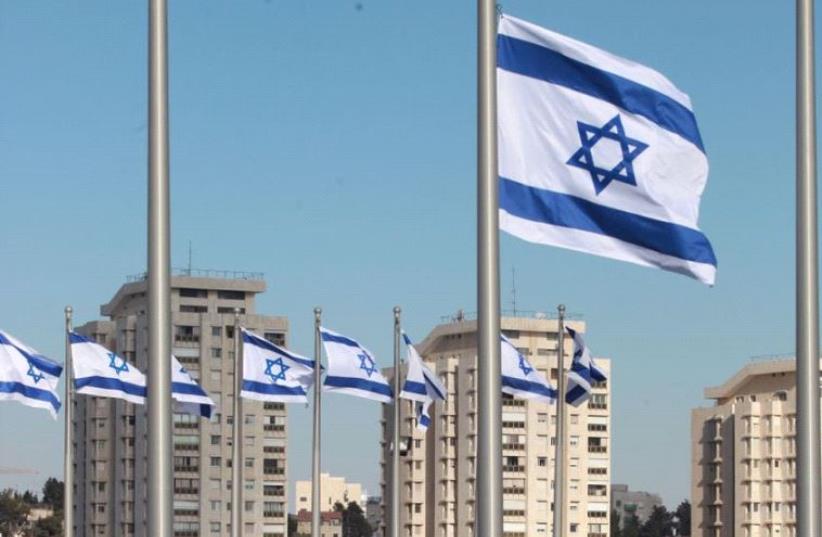 Flags at half staff at Knesset Peres memorial
(photo credit: Lahav Harkov)
Advertisement
On Saturday at noon I took my usual Shabbat walk. About 20 meters away from the Monastery of the Cross in Jerusalem, not far from where I live, I saw a group of teenagers with a saw, about to cut branches from a smallish Cypress tree. I stopped in shock, asking them what they thought they were doing cutting branches from a tree which the municipal gardeners had planted and nurtured (many of the trees had not survived).The youths looked rather horrified, apologized and explained that they were doing it for Remembrance Day, but looked determined to continue their “mission.”I told them that if they needed branches and/or flowers for Remembrance Day, they should take them from their private gardens, or alternatively go out and do odd jobs and use the money they earned to buy what they needed from a florist.I walked away mumbling something about a “messed-up generation,” while they certainly must have thought that I had lost a few screws.As I continued my walk I thought to myself that these youths didn’t have a clue what I was talking about. For them Remembrance Day is a national event full of pompous and formal ceremonies and tasks to be performed in accordance with “tradition.”They are also growing up at a time when nicking things from the public domain, and sponging off the state for “worthy purposes” is considered OK. If it is OK for the prime minister’s wife to use public funds to care for her aging father (while the rest of us must use family funds for the same purpose), then it is certainly OK to destroy trees planted at the expense of our municipal taxes to commemorate the fallen soldiers.I am from the generation which lost relatives, friends, acquaintances and fellow workers in all of Israel’s wars and military operation since the War of Independence.We don’t need to see tear-jerking documentary films about those who lost their lives to comprehend the dimensions of the sorrow. But many of us view the traditional Remembrance Day ceremonies as little more than doing the minimum expected, while avoiding the real issues.The way I see it the real issues are: showing true compassion for the bereaved families while helping them deal with their grief and get on with life; doing everything possible to prevent in future avoidable fatalities resulting from ill-planned or ill-executed military operations; and doing everything possible to end the conflict with our neighbors on acceptable terms so that the bloodshed will finally stop.It is against this background that the meeting of the State Control Committee on April 19, focused on the state comptroller’s report on Operation Protective Edge, with the participation of the prime minister, was so shocking.Netanyahu’s henchmen – David Bitan and Miki Zohar – yelled at the bereaved families for daring to complain that the government was not doing its duty. Netanyahu seemed dumbfounded, and failed to do what he should have done – call upon Bitan and Zohar to simply shut up, and admit that the state’s first duty to the bereaved families is not to hold formal commemoration services, but to show compassion even when the families are not necessarily being reasonable (and who is to say what is “reasonable”), and to ensure that as few as possible additional families join their number.As to the youths with the saws, I suppose things could have been worse. If they had been religious they might have been engaged in sawing the olive trees of Palestinian villagers in Judea and Samaria on a weekday, in revenge for Jews killed in the endless war between the two peoples.In short – it is high time to start rethinking how best to commemorate our fallen soldiers and citizens. Yehi zichram baruch (may their memory be blessed).