It is time to pause to consider others who are less fortunate, who are not free and those who live under repressive regimes or harsh restrictions. 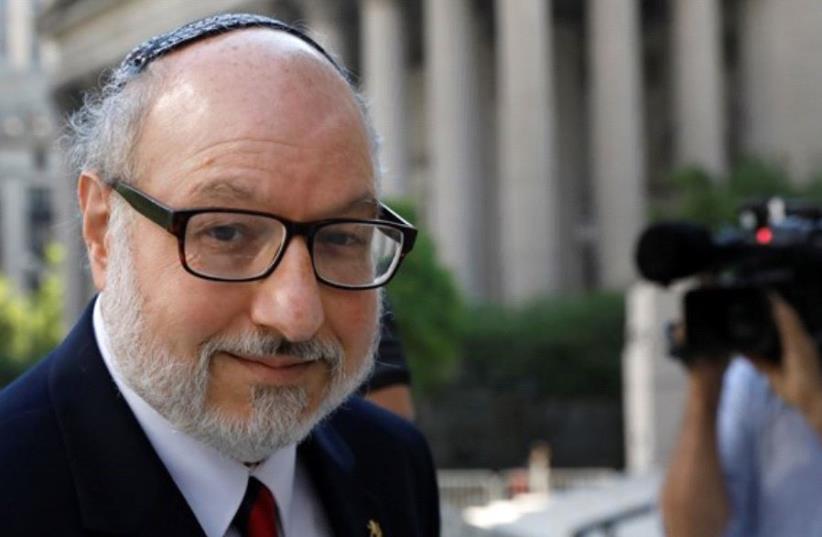 Jonathan Pollard
(photo credit: COURTESY OF JUSTICE FOR JONATHAN POLLARD)
Advertisement
‘Pidyon Shvuyim” – redeeming captives – is a vital Jewish principle that is as relevant today as ever.As Israel celebrates 70 years of independence and the move of the US Embassy to Jerusalem, the democratic and prosperous Jewish state can bask in its many accomplishments as the whole world marvels at the miraculous progress it has achieved.It is at such a time of joy, though, that it is appropriate to pause to consider others who are less fortunate, who are not free and those who live under repressive regimes or harsh restrictions – and in particular, Israelis being held captive.In the Gaza Strip, Hamas is still holding two Israeli civilians, Avera Mengistu and Hisham al-Sayed. It still refuses to return the remains of two IDF soldiers, Lt. Hadar Goldin and Sgt. Oron Shaul, who were killed at the end of Operation Protective Edge.Mengistu and al-Sayed both have mental health issues and crossed separately from Israel into Gaza in 2014 and 2015. They have not been heard from since, despite ongoing pleas from their heartbroken families, Israel and human rights organizations.The IDF’s chief rabbi, Brig.-Gen. Rafi Peretz, declared Goldin and Shaul fallen soldiers after they were killed in the explosion of a tunnel at Rafah on August 1, 2014, just hours after a humanitarian cease-fire brokered by the UN and US went into effect. Since then, their bereaved families have engaged in a relentless campaign for burial in Israel, to no avail.Netanyahu met with the families of the two soldiers on April 9 and promised that every effort was being made to bring about their burial in Israel. On April 25, the prime minister reportedly told members of Avera Mengistu’s family that there were “new opportunities” in the attempts – overt and covert – to secure his release.It’s high time the international community put pressure on Hamas to return both the civilians and the soldiers. If the disastrous humanitarian situation in Gaza is to be eased – and it should – this must be a key condition. We urge the Israeli government, the US administration, the Palestinian Authority and the international community to press Hamas to return Mengistu and al-Sayed safely, and hand over the remains of Goldin and Shaul to Israel for burial without delay.Then there is case of Jonathan Pollard, to whom Israel granted citizenship in 1995 after acknowledging that he had served as an Israeli agent. After being incarcerated for 30 years in an American jail for spying for Israel, a strong US ally, Pollard was released on November 20, 2015, under ridiculously restrictive parole conditions. Among other things, he has to wear an electronic monitoring device and is under curfew from 7 p.m. to 7 a.m. in his New York apartment.Netanyahu is said to have asked US President Donald Trump when they met at the White House on March 5 to remove these restrictive conditions and allow Pollard to move to Israel, which granted him citizenship in 1995. It would be a welcome gesture for Israel’s 70th anniversary, Netanyahu reportedly said. According to US sources, Trump instructed top officials in his administration to examine the matter.The Jerusalem Post’s Gil Hoffman quoted Israeli officials saying at the newspaper’s 7th annual conference in New York on April 29 that Trump was “seriously considering” changing Pollard’s parole to allow him to come to Israel.At the conference, Intelligence Services Minister Israel Katz said allowing Pollard to make aliya would be a welcome gesture accompanying the US Embassy move from Tel Aviv to Jerusalem.“In order to make the celebration even happier, I would like to ask our great friend, President Trump, to give the Israeli public one more present, and to allow Jonathan Pollard to come to Israel and celebrate with us in Jerusalem,” Katz said.Pollard has suffered more than enough. The close relationship between Jerusalem and Washington, as demonstrated by Monday’s historic opening of the US Embassy in Israel’s capital, should be taken a step further by allowing Pollard to come to Israel right now. Trump’s decisions regarding Israel and the Middle East thus far in his presidency have been aligned with Israel’s interests. Is he willing to take the next step?