Hundreds of millions of dollars are being poured into efforts to defeat BDS. As long as our community continues to support military occupation and settlements, these efforts are doomed to fail. 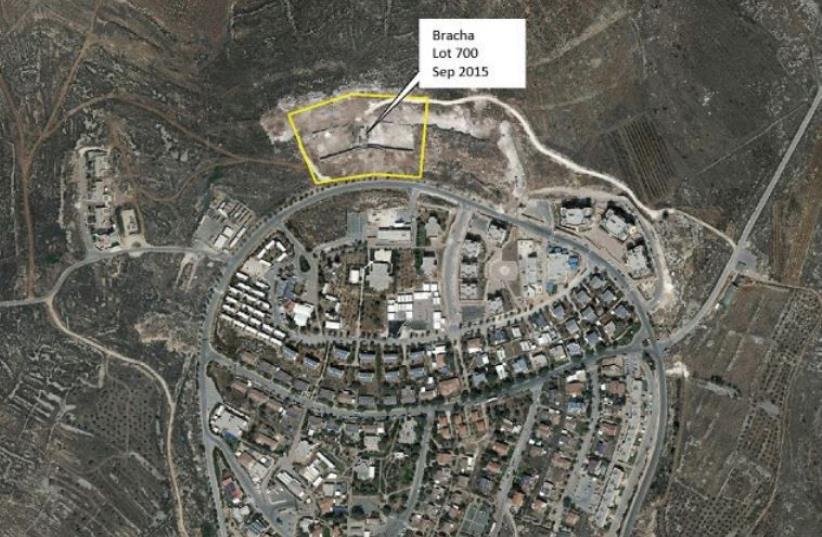 THIS AERIAL SHOT of the Har Bracha settlement in the West Bank, south of Nablus, in September shows homes in the early stages of construction.
(photo credit: COURTESY PEACE NOW)
Advertisement
Two weeks ago, 2,000 people piled into a UN hall for a muchhyped conference on fighting the Boycott, Divestment, Sanctions movement. Last week, New York Governor Andrew Cuomo ordered agencies under his control to halt business with organizations and companies that support the BDS movement.Both initiatives, which took place in New York within days of each other, were widely lauded within the American Jewish community as examples of standing up for Israel’s best interests. Yet, the tremendous energy expended by high-level officials to express their opposition to the BDS movement will backfire.Those who oppose BDS and its tactics should instead focus on working toward the one goal that actually has the potential to stop the movement dead in its tracks: ending the occupation of the Palestinian territories and building two states side-by-side.I don’t support BDS either. But the more the Jewish community yells about BDS, the more we malign and attack BDS leaders, and the more we try to deflect attention to better news from Israel, the more we prove the stereotype that the pro-Israel community has little regard for Palestinians.There is no doubt that the BDS movement tolerates too much anti-Semitism, provides cover for anti-Semites gleeful about Israel’s every misstep and legitimizes those who call for wiping Israel off the map. But most of the students and other activists who have joined the BDS movement do not come to it through hatred of Israel or Jews, but rather through horror at the very real human rights violations suffered by Palestinians living under military occupation. Such activists are looking for nonviolent means of protest, only to find that Jewish establishment leaders reject every such strategy and tactic, from BDS to the UN to the International Criminal Court.Now, with the precedent set by Governor Cuomo, these activists may even come to find their rights to free speech limited and will likely blame the Jewish community.Beyond saving lives, the end of occupation would destroy popular support for BDS. By failing to distinguish between support for Israel and support for occupation and settlement – and between support for Israel and support for an extreme pro-settlement government coalition – the Jewish community only feeds the narrative that being pro-Israel means opposing human rights. Our community lacks credibility as long as we parrot the language of two states while at the same time defending policies and politicians that are actively making the occupation permanent.To disrupt this narrative, we must be unapologetically pro-Israel and anti-occupation. We must call out anti-Semitism when we see it, without crying wolf by labeling every critique of Israel or Zionism as such. We must do more than give lip service to concern for Palestinians, and show real commitment to reaching a lasting and just resolution. Ending the occupation isn’t about doing a favor for Palestinians. It’s about saving ourselves as well.Shortly after the Six Day War, Rabbi Joseph Dov Soloveitchik, the preeminent American Orthodox rabbi of the 20th century, wrote a letter that asserted the biblical claim to the entire land of Israel and then continued, “However, there is another general legal principle – that preservation of a single life pushes aside the entire Torah... It is prohibited for Rabbis or anyone else to declare in the name of the Torah that it is forbidden to return any part of the land, when stable peace can save the lives of thousands and ten thousands of our brethren who dwell in Zion.”The past five decades have seen the loss of too many lives, both Israeli and Palestinian. By failing to distinguish between Israel and the occupied territories, we put the lives of young soldiers on the line to defend a country that has no borders. Meanwhile, young Palestinians, devoid of hope and filled with hate, turn to vicious terrorist attacks against innocent Israelis.Ending the occupation is about restoring our moral core. Defending Israel against all criticism turns into a project of doing verbal gymnastics to square the Torah’s insistence on tzelem Elohim (creation in the image of God) with the realities of an occupation that requires discrimination, humiliation and violence toward the occupied. Pro-Israel activists spend too much time figuring out how to differentiate between the situation in the West Bank and other historical occupations, to justify maintaining two systems of law in Israel and the territories, and to excuse land theft.Ending the occupation is about reclaiming Zionism. It’s about saving Zionism from the settlers and right-wing politicians who define it as an ideology prioritizing land grabs and Jewish supremacy over human life, human rights and Jewish ethical mitzvot.At its core, Zionism isn’t just about having the trappings of a country. Zionism is about taking our future into our own hands.When we define the battlefield as fighting BDS, we distract ourselves from the essential project of determining the future of Israel and the Jewish people. We fall back into the shtetl mentality of saying, “What can we do, our hands are tied?” and letting others determine the course of Jewish history.Zionism means working toward a solution rather than allowing ourselves to be trapped in the problem.It means refusing to get sucked into blame games about why we don’t yet have peace, or about who could have made peace when. Zionism must look forward and ask how we can use our collective power to end the occupation and to reset the State of Israel and the Torah we teach on a renewed foundation that can sustain us for centuries to come.Right now, hundreds of millions of dollars are being poured into efforts to defeat BDS. But as long as our community continues to support and defend military occupation and settlements, all of these efforts are doomed to fail.

Rabbi Jill Jacobs is executive director of T’ruah: The Rabbinic Call for Human Rights
Advertisement
Subscribe for our daily newsletter