But I wish it was not for being the victim of incorrect and premature eulogies.

“The [Mizrachi] movement, which Bennett holds in high regard, is based on mixed classrooms, mixed youth movements,” Porush said. “Bennett’s government is based on hybrid movements that put nationality above religion, but we all know the Mizrachi movement fell off the political landscape.”

Porush is correct that Mizrachi is not affiliated with any of the parties in the current Knesset. It was affiliated for decades with the National Religious Party, which became Bayit Yehudi, which, unfortunately, for technical reasons, did not end up fielding candidates in last year’s election. He is wrong when he suggests that the movement puts nationality over religion. 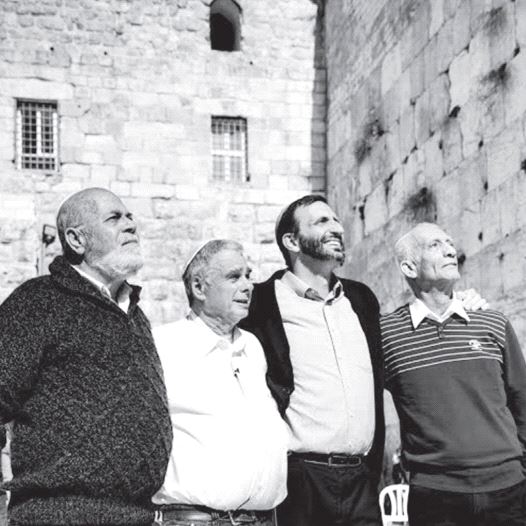 Clearly, the impact of Mizrachi and religious Zionism is felt more than ever now in Israeli politics and countless other spheres of influence in Israel and around the world.

The same prime minister whom Porush attacked, Naftali Bennett, is the former controversial head of Bayit Yehudi and the first prime minister to wear a kippah. His closest ally, crocheted-kippah-wearing Religious Services Minister Matan Kahana, inherited his ministry from Shas and has embarked on controversial, far-reaching reforms of the way kosher certification and conversions are conducted in Israel. For better or worse, there is no gainsaying that the movement has been influential.

Religious Zionists are to be found in almost every political party. Israel’s first female ambassador in London, Tzipi Hotovely, is a proud religious Zionist whose first diplomatic experience was as a successful emissary of Bnei Akiva in Atlanta. She served as an MK from the Likud. There are crocheted-kippah-wearing diplomats representing Israel across the globe.

World Mizrachi is an umbrella organization whose US constituents include Amit, Emunah, Religious Zionists of America and several Bnei Akiva-related organizations.

In World Zionist Organization politics, World Mizrachi has delivered unprecedented achievements, most notably Avraham Duvdevani heading Keren Kayemeth LeIsrael-Jewish National Fund, a body that was dominated for decades by the Labor Party. While he is not from Mizrachi, the head of the WZO and interim chairman of the Jewish Agency is Yaakov Hagoel, another proud religious Zionist.

That brings us to the other eulogy on the pages of the Post, in an article by Daniel Goldman titled “Will haredim take control of Israel-Diaspora relations?”

Goldman wrote about the WZO’s new Eretz Hakodesh faction and the rise of haredim (ultra-Orthodox) in international Zionist institutions that they previously boycotted.

“This new interest in Diaspora politics will change the dynamics that have existed up until now,” Goldman wrote. “The group most threatened by this within the WZO and Jewish Agency are World Mizrachi. The presence at the caucus launch of both the Orthodox Union and Yeshiva University (the latter participating silently) should be of concern to the leaders of World Mizrachi. Both of these hugely important religious institutions have traditionally formed part of the Mizrachi coalition within the national institutions. A possible shift towards the haredi faction could undermine their position.”

One must commend Rabbi Pesach Lerner of Eretz Hakodesh for spearheading efforts to galvanize haredi support for Israel in Zionist institutions for the greater good. He could be a welcome partner for World Mizrachi, which remains the second-largest faction and one of the most influential factions in the WZO.

The truth is that, unlike in Israel, it is sometimes hard to distinguish between haredim and religious Zionists in America, where the constituencies often overlap within the Orthodox community without rancor.

World Mizrachi remains the thriving global movement it has been for 120 years, with a presence in thousands of communities around the world, uniting the people of Israel with the values of the Torah and Land of Israel and influencing Israel’s future in nearly all walks of life.

As for current politics, there has never been a better time for our movement to take some time off. While the prime minister may arguably be one of us, he came to power in a questionable manner, and he is taking steps that have definitely divided religious Zionists.

The conversion issue, for instance, is extremely complicated and pits very respected rabbis such as Rabbi Eliezer Melamed, who is normally seen as hardline, against Chief Rabbi David Lau, who is normally seen as moderate. It raises different issues in Israel and the US, and is probably best dealt with, if at all, by Mizrachi’s independent constituent organizations.

Similarly, America is suffering from one of the most divisive eras in its history. There are strong views among religious Zionists on both sides of the aisle, and enhancing that rift now would be counterproductive.

Religious Zionists were dragged into Israeli politics in the United Kingdom last week, which resulted in misunderstandings, apologies and avoidable problems.

This is the time when it is best for World Mizrachi to speak in a unifying voice for religious Zionists around the world and temporarily remain above the fray.

Soon enough, Mizrachi will return to playing an official, formal role in Israeli politics, as it has for decades, and as it should, in order to remain relevant and help provide Israel a better future.

As with Twain and Hemingway, even after our eulogies, the best for World Mizrachi is yet to come.

The writer is copresident of the Religious Zionists of America, chairman of the Center for Righteousness and Integrity and a committee member of the Jewish Agency. He was appointed by former US president Donald Trump as a member of the United States Holocaust Memorial Council. The views expressed are his own. [email protected]