How to narrow the education gap? - opinion

Educational reform is not easy. It starts with a vision, but to get there requires a path in which students never lose sight of where they want to go.

By GIL PEREG
DR. GIL PEREG. It starts at the top, by empowering school principals to impart their vision and equipping them with the necessary resources.
(photo credit: Shaxaf Haber)
Advertisement

The children of physicians are nearly 25 times more likely than their peers to become doctors. Some may wonder what this has to do with education. In Israel, which suffers from similar entrenched privilege, school leaders charged with changing the culture of scholarship in the periphery might argue, everything.

No silver bullet can resolve the achievement gap between students in Israel’s periphery and other areas across the country. To put it into context, many of the schools prior to joining the Darca Network had bagrut certificate rates far below the statewide average, reaching just 13% in some cases. Through a formula that has now proven successful across more than 40 high schools, serving over 24,000 students, 93% of the network’s students earned their Bagrut certificate last year.

It starts at the top, by empowering school principals to impart their vision and then equipping them with the necessary resources. Teachers, too, need space to grow in their careers, embrace lifelong learning and be incentivized to enrich their work. The impact, however, is most appreciable at the bottom, where a foundation is set for students to find their path, understand the persistence required, and gain trust and conviction that bears fruit.

Expectations are through the roof, but principals are awarded little autonomy and drowned in a molasses of bureaucracy. Darca’s centralized structure alleviates principals of paperwork, allowing them to direct their attention to what is essential. 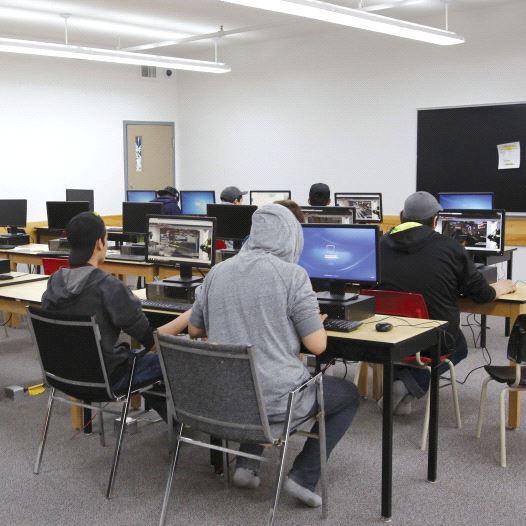 Students in a classroom. (credit: REUTERS)

Recognizing each community is different, with disparate needs, Darca recruits and trains principals to lead independently and with confidence.

The best principals decide with speed and conviction, adapt as circumstances change and understand they’ll be held accountable. Yet, they’re afforded the grace to suffer setbacks and learn from their mistakes. Trust is a two-way street.

The same concept applies with teachers. It begins with investing in teacher spaces to instill dignity and pride. More important are actions proving educators are supported when they need it (such as welfare funds for unexpected emergencies) or by facilitating their career growth.

Interest in professional development programs – in areas such as entrepreneurship – is high, but the number of spots is deliberately capped. This selectivity drives teachers to excel, while grants put the very best teachers in charge of new initiatives based on their training. Darca embeds these principles into its programming, which distinguishes exceptional educators and gives them the opportunity to dream.

To reach underserved students, cultivating motivation and confidence is a critical first step. To circle back to the earlier example, the population of doctors in Israel’s periphery is just a fraction of the number in areas such as Tel Aviv. This is just one possible career path (albeit a profession exclusive to the highest-achieving students). Youth confined to a more prosaic reality – whose efforts to pursue a different path often end in disappointment – will doubt their ability to break the cycle and often get sidetracked without role models able to demonstrate different outcomes are possible.

Addressing this gap is at the core of Darca’s philosophy. Pedagogical programs widen student horizons through experiential learning offering meaningful exposure to all possible paths. During organized site visits with local startups, hospitals and universities, the awe in students’ eyes is unmistakable. This carries over to the classroom, where high-tech study tracks teach the technical philosophies behind engineering or programming.

None of this happens without added funding, and strategic direction from partners who adapt best practices from their respective industries, into education. As the Youth Renewal Fund, Azrieli Foundation, Adelis Foundation, KIAH-Alliance and Rashi Foundation do for Darca, so too should Israel’s Ministry of Education ensure schools receive expert guidance, as well as increased and more flexible budgets. This will allow school administrators to realize ambitious goals, or at the very least afford them the room necessary to properly manage.

Educational reform is not easy. It starts with a vision, but to get there requires a path in which students never lose sight of where they want to go.

The writer is CEO of Darca Schools.