Years of living in Israel has made one ole focus on what is really important ahead of the upcoming election season here in Israel.

THE ILLEGAL Khan Al Ahmar Bedouin settlement alongside Route 1 is the poster child for the blind eye that our leadership has chosen to turn to the matter of illegal new construction in Area C, says the writer.
(photo credit: YONATAN SINDEL/FLASH90)
Advertisement

Every so often, I realize that even after 13 years of living full-time in Israel, I still have the sensibilities of an American.

One way this is manifested is my desire for our candidates to focus on the issues that our citizens are most concerned about. It is not about name-calling or demonizing the other candidates and their bona fides as good Israelis or Jews. We all know that this is posturing and pandering, and doesn’t prevent most of the finger pointers from having coffee in private with the targets of their venom.

The possibilities seem endless, but are they really?

But the issues remain and they remain unaddressed. So, in my perhaps hopelessly naive hopefulness, here is what I would like to see some serious focus and discussion about:

1. Tackling the runaway cost of housing and the overall high cost of living. The increasingly stratospheric and for increasing numbers of us, unaffordable prices to rent or buy residences is at root a happy problem, but a problem nevertheless.

Israelis protest against the soaring housing prices in Tel Aviv and cost of living, on July 2, 2022. (credit: TOMER NEUBERG/FLASH90)

It is happy because we have a growing population with much younger family formations than any highly developed western country but problematic because unaffordability threatens our highly prized birthrate and even the ability to keep those new or growing families here in Israel.

I want to hear candidates put forth ideas and initiatives, even just the recognition that this needs an urgent focus. Providing sufficient developable land, alleviating excruciating permitting time periods, and of course, incentivizing young families to move to less developed and therefore less expensive parts of the country are all very needed.

Beyond housing, we need to have plans to lower consumer costs without undermining our most strategic industry: agriculture. Our farmers need to be protected, as they are throughout the West, without allowing for monopolistic pricing policies.

2. Recapturing legislative sovereignty for the Knesset from the Supreme Court. The now almost 30-year judicial revolution has reached the stage of the Jacobins during the French Revolution: completely arbitrary, dictatorial, unfettered discretion and a creeping sense that the Court does not just review but actively crafts laws.

The Israeli Supreme Court functions like none of its counterparts in the West, arrogating to itself complete discretion as to what it chooses to hear. Currently, our High Court hears about 10 times the number of cases entertained by the United States Supreme Court, many of which are cases of first instance.

Perhaps the key to addressing this runaway legalistic freight train is through the selection process of the justices, which, though tweaked, is still a closed, self-referential process that has the effect of sustaining the same mindset and disposition of the justices. We need more detailed proposals as to how those with accountability to the public will play the determinative role in selecting new justices.

3. MAKING SURE that our land remains so. Thanks to organizations such as Regavim, there has been exhaustive reporting of the illegal, yet tolerated seizure of Israeli state and private lands by Palestinians in Area C of Judea and Samaria, as well as by Bedouin in the Negev.

The Negev is particularly startling since it does not pose any kind of political whose-land-is-it-anyway issue. Its Israeli land that is increasingly being encroached upon by Bedouins, who will claim ownership, which is not contested. 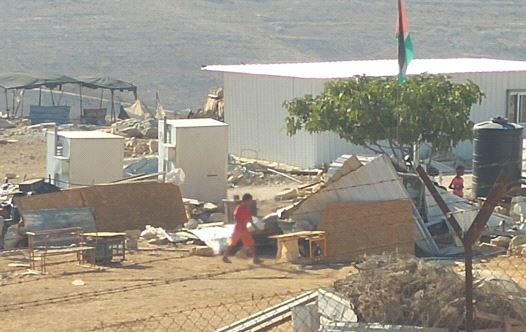 In Area C, we have seen a dramatic rise in illegal new construction, much of which is financed by European governments or NGOs tied to them in the hope to defeat Jewish land contiguity and creating the same for the Palestinians.

The illegal Khan Al Ahmar Bedouin settlement alongside Route 1 is the poster child for the blind eye that our leadership has chosen to turn to this matter. The keep-a-lid-on-things mentality that defines much of our leadership is failing us and the price for setting things right is growing significantly.

A vise grip by the teacher’s union has resulted in sacrificing offering decent starting salaries to new teachers in the name of annual increases to existing ones, regardless of their merit or effectiveness. How can we expect qualified, competent and compelling young people to become teachers when they are being paid embarrassingly low salaries?

These are just some of the many pressing issues that should be discussed, debated and addressed by our candidates. It is not pie-in-the-sky wishful thinking, it is what a mature and successful democracy should offer and what its citizens should demand.

The author is the chairman of the board of Im Tirtzu, and a director of B’yadenu and the Israel Independence Fund. He can be reached at [email protected]