Bringing Nazis to justice in Germany

The new German prosecution policy is a far better reflection of the reality of the crimes committed by the Nazis during World War II than previous iterations. 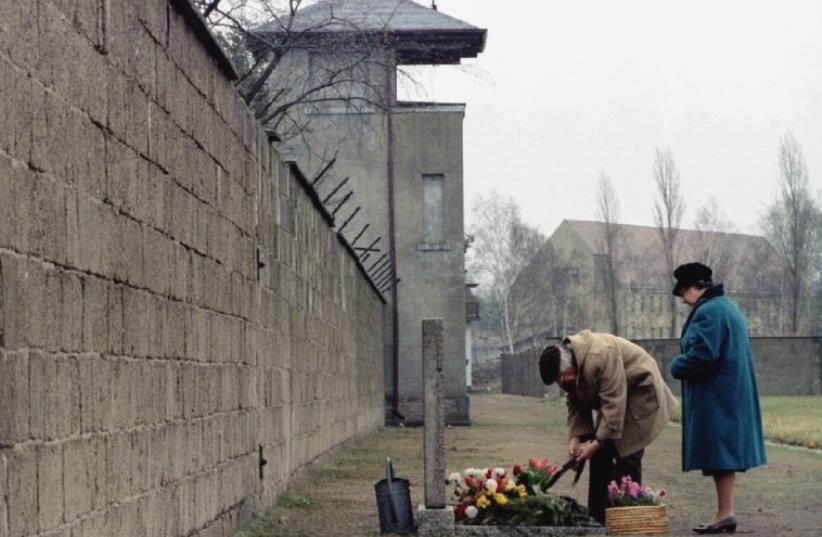 An elderly couple lays a wreath in front of a memorial for the victims of the Nazi concentration camp in Sachsenhausen
(photo credit: REUTERS)
Advertisement
Last week, while much of the world’s attention was focused on the Olympics in Rio, a news item from Germany with potentially dramatic implications barely merited a headline. According to news agencies, Jens Rommel, the relatively new director of the Central Office for the Clarification of Nazi Crimes in Ludwigsberg, Germany (Zentrale Stelle) announced that his agency had initiated the investigation of the crimes committed in three Nazi concentration camps, and was currently considering charging at least eight persons, born between 1918 and 1927 and living in Germany, who had served in Stutthof, a concentration camp located near Danzig, with accessory to murder, a criminal offense which carries a sentence of five years in prison. Four of the eight persons in question were men who had served as guards at the camp, while the remainder were women who had performed various functions in the camp office.On the surface, the story should hardly have raised any eyebrows, but in the light of the history of the prosecution of Nazi war criminals in Germany during the past decade, this news indeed deserved a headline.Until almost a decade ago, to bring a suspected Nazi perpetrator to justice in the Federal Republic, a prosecutor had to prove that the person had committed murder or been an accessory to murder against a specific victim, and had done so motivated by hate or prejudice, a requirement which had become increasingly difficult to fulfill as time went by. This legal policy was changed some eight years ago, however, to facilitate the prosecution of Sobibor SS guard Ivan (John) Demjanjuk. The basis for the conviction in this case was that since the primary purpose of Sobibor, which was a “pure” death camp (one without an adjacent labor camp), was the mass murder of innocent civilians, any person who served there in any capacity could be charged with at least accessory to murder, and Demjanjuk was indeed convicted on that basis by a Munich court in May 2011.Once this case was successfully completed, the German authorities (in this case, the Zentrale Stelle) began searching for additional suspects who had served in any of the six death camps, including Auschwitz and Majdanek, which had adjacent labor camps, as well as those who had served in the notorious Einsatzgruppen, special mobile murder squads which carried out the Final Solution in the areas which had been part of the Soviet Union. Thus far, three persons have been convicted on this basis; Demjanjuk and two Auschwitz operatives, Oskar Groening in 2015 and most recently Reinhold Henning about two months ago.Yet until last week, it appeared that only persons who fit the above two categories would be subject to prosecution. Rommel’s announcement that his office had initiated investigations into the Nazi concentration camps of Stutthof, Neuengamme and Bergen-Belsen considerably expanded the possibility of bringing to justice additional Nazi war criminals, who had actively participated in the murder of innocent civilians (primarily Jews).The concentration camp at Stutthof was initially established in September 1939 as a camp for “civilian prisoners of war” and from January 8, 1942, was declared an official concentration camp. Approximately 115,000 prisoners entered the camp, of whom 65,000 were executed or died of the difficult conditions, while about 22,000 others were sent to other camps. Initially, the Nazis’ policy was extermination through forced labor, but with the arrival in 1944 of about 50,000 Jewish mostly female prisoners from Auschwitz and the Baltics, the Nazis began murder many of these inmates in the camp’s gas chamber, which meant that during that period, the argument could be made that it functioned as a “death camp.” This was not true, however, of the two other camps regarding which the Zentrale Stelle has begun investigations. At Neuengamme and Bergen-Belsen, the Nazis did not carry out industrialized mass murder by gassing, although horrific atrocities took place in both, and approximately 50,000 inmates were murdered or died of the horrific conditions in each of these camps.There is no question that the new German prosecution policy is a far better reflection of the reality of the crimes committed by the Nazis during World War II, and any expansion of the categories of those criminals who can be prosecuted is a welcome and necessary step. We can only hope that these efforts of the new leadership of the Zentale Stelle will bear fruit as quickly as possible to maximize justice, which even if belated, still remains absolutely necessary and highly worthwhile.

The author is the chief Nazi-hunter of the Simon Wiesenthal Center and the director of its Israel office and eastern European affairs. His most recent book (together with Ruta Vanagaite) is Our People; Journey With an Enemy, Alma Littera, 2016. His websites are: www.operationlastchance.org and www.wiesenthal.com. He can be followed on Facebook and @EZuroff.