Center Field: The Netanyahu hangover brings out the worst in us all

Welcome to the Netanyahu hangover, the excruciating finale of a parliamentary leader without term limits. 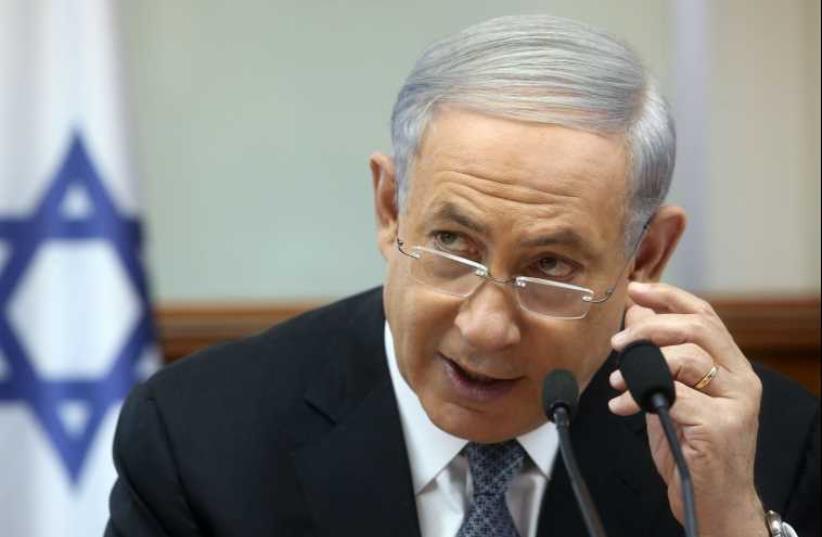 Benjamin Netanyahu
(photo credit: MARC ISRAEL SELLEM/THE JERUSALEM POST)
Advertisement
Watch how a corrupt but charismatic leader who has overstayed his welcome becomes a moral plague, weakening his country’s moral fiber, tarring everyone around him. Instead of doing what great democratic leaders do – bring out the best in everyone – he’s bringing out the worst. He makes his opponents look petty and partisan while making his supporters look sleazy and partisan. He divides the country, stains its institutions, shakes the people’s faith in the system, leaving everyone he touches tarnished, diminished, numbed, ethically extinguished.Welcome to the Netanyahu hangover, the excruciating finale of a parliamentary leader without term limits. Too egotistical to retire, he is cheered by sycophants who cannot imagine anyone else leading because he shrinks allies into enablers. His painful exit leaves everyone with a blinding headache and a foggy memory that risks eclipsing his many achievements, until future historians rediscover them.“I was carrying out Netanyahu’s direct orders. I wasn’t using my own judgment,” his confidante Shlomo Filber apparently told investigators. “I understand now that they were taking advantage of me.”This a responsible adult speaking? A graduate of top yeshivas and the army, a lawyer and government official? By working for Netanyahu he had to leave his conscience, his judgment, his moral compass, at home? Alas, this will be the Netanyahu lackeys’ lament.It took 20 years, but, finally, Bill Clinton’s co-conspirators, those partisan Democratic dupes who excused his pathological sexual abuse because he was pro-choice and anti-Republican, now whine: he was “taking advantage of us.” Without acknowledging the sleazy partisan standard they all set, many now demand Republicans demonstrate an independence and a political courage they lacked in the 1990s. We needed it from Clinton-flunkies then. We need it from Trump and Netanyahu enablers now.Apparently, Netanyahu has long preferred National Religious advisers because he considered them “value-driven.” Alas, Filber’s bleatings are value-drained.As someone who receives moral guidance from Judaism, and expects Religious Jews to be as “orthodox” ethically as they are ritually, I regret that I must link Filber’s moral flat-lining with other Religious Zionist lapses recently exposed.My friend Rabbi Adam Scheier flew in from Montreal for one day to testify to the Knesset Committee for Immigration, Absorption, and Diaspora Affairs. He said what we all know to be true but not enough of us are bold enough to admit: the rabbinic blacklist is disgraceful. Recommendations of many respectable, pious Diaspora rabbis like him are ignored in conversion matters, for no valid reason – with no appeal process.It’s the poisoned fruit of decades of corrupt bagains, whereby Religious Zionists allowed anti-Zionist haredim (ultra-Orthodox) to dominate the Israeli rabbinate so both could hold power. This unholy alliance alienated millions of Israelis from Judaism, mocking Zionism in general and Religious Zionism in particular.That same day, America’s ambassador to Israel, David Friedman, reportedly predicted that “the uprooting of hundreds of thousands of settlers could cause a civil war.” How dismaying that this sympathetic observer senses moves toward what would be treason, within a community that prides itself on being patriotic and “value-driven.” Is some real estate really more important than democracy, Zionism, the entire state? Have the post-1967 territories become Religious Zionist’s modern Golden Calf, blinding them to all other values?This land-idolizing lurks behind Shlomo Filber’s frayed moral fiber – and Netanyahu’s continuing popularity. True, Netanyahu’s indiscretions are petty – I’m not sure I would convict him as a juror, but I reject him as a voter. True, the usual partisan-triggered hypocrisy looms. True, security concerns kick in, given Iran’s expansion, Hezbollah’s missile acquisition, Syria’s implosion, and Palestinians’ incitement. But Israeli politics remains defined by one question: where a leader stands regarding the territories. Each side deems leaders who answer the question correctly forever innocent – and their rivals perpetually guilty.The biblical Ahab was a corrupt king whose wife, Jezebel, brought out the worst in her husband – and the nation. Prophets saved Israel, including Micaiah (not the better known Micah). Micaiah refused to be a yes-man, warning Ahab (Kings 1 22:14): “As surely as the LORD lives, I can only tell what the LORD tells me.”Who will defy our Ahab, our corrupt king who like all corrupt rulers corrupts us all? Who among our modern king’s yes-men-and-women will anticipate the inevitable moral accounting – and pre-empt it? Is there not one MK in the ruling coalition fed up with this national humiliation? Is there not one MK willing to make history and say, echoing Micaiah – “it’s time; I can only do what my conscience allows me: unless he walks I walk?”Are only failing Filbers leading us?Netanyahu’s devotees say, “no one else has his stature.” Netanyahu is becoming not just a moral black hole but a strategic weakness – even when he handles threats magnificently, skeptics will wonder whether he’s wagging the dog, changing the subject. Had he taken the deal I proposed and everyone ignored last summer – retaining his stature and Israel’s dignity by resigning with presidential pardons for him and his wife – we would have been spared today’s unfunny Purim farce.No one in a democracy, including Netanyahu, is irreplaceable. Yair Lapid as prime minister, Avi Gabbay as interior minister, Michael Oren as foreign minister, Moshe Kahlon staying at the treasury, Moshe Ya’alon returning to defense and Tzipi Livni to justice, would provide stability. They might even remind us of our moral mission, our hopes: because Netanyahu and this plague of amoral locusts threaten that too.The writer is the author of The Age of Clinton: America in the 1990s. His forthcoming book, The Zionist Ideas, which updates Arthur Hertzberg’s classic work, will be published by The Jewish Publication Society in Spring 2018. He is a Distinguished Scholar of North American History at McGill University. Follow on Twitter @GilTroy.