The time has come for Liberman to act on his ultimatum and suspend funding of the academy if Levinstein refuses to step down. 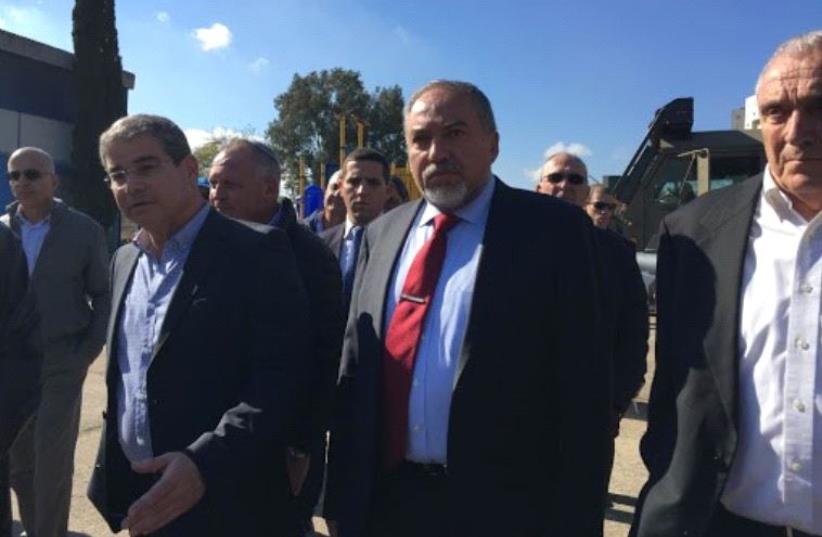 Defense Minister Avigdor Liberman shortly after the Hebron shooter trial
(photo credit: ANNA AHRONHEIM)
Advertisement
The dispute between the ministers of defense and education over the suitability of the rabbinic head of a pre-military religious academy is not about the conscription of ultra-Orthodox men nor about the right of women to serve in the IDF. It is about who is in charge of education in the military framework.We believe that Defense Minister Avigdor Liberman outranks Education Minister Naftali Bennett in deciding who is suitable to teach impressionable future soldiers about their rights and duties in the IDF.The Bnei David academy at the West Bank Orthodox settlement of Eli is a yeshiva whose graduates combine military service and religious study, and a significant number of them have gone on to become valuable officers defending our country. This noble achievement has come, however, despite the apparent damaging influence of one of the two Bnei David directors, Rabbi Yigal Levinstein.Levinstein’s worldview was first publicly exposed last year, when he was revealed as a homophobe who instructed his students that gays are “deviates” and “perverts.” This year he was recorded lecturing students that women serving in the IDF become “crazed” and lose their Jewish identity.After refusing to recant, let alone apologize to the communities he offended, Levinstein rejected Liberman’s demand that he resign after he “now again crassly and disparagingly harmed the women soldiers of the IDF and the women of Israel.”The noise of interministerial clashing egos should not deafen us to the true issue at hand: the exercising of the defense minister’s authority over the IDF – not only as a military, but in its role as an educational institution.The people’s army of the Jewish state not only trains its soldiers to defend the country on the battlefield, but also has the responsibility to instill the values of our society.To this end, the IDF Education Corps teaches Hebrew to conscripts who are new to the country and even provides remedial education to soldiers who had dropped out of the school system. It also caters to the needs of Orthodox students who wish to serve their country, but not at the sacrifice of their religious education. Thus were formed the so-called hesder (arrangement) yeshivot and pre-military academies such as Bnei David that alternate active military service with yeshiva study and are significantly funded by the IDF.As an educational institution, the IDF also supports secular pre-military academies, offering young men and women a year’s break between high school and the army devoted to supplementing their previous studies in a framework that encourages leadership training.Both the secular and hesder programs provide the IDF with conscripts who are a year older and consequently more mature than 18-year-olds just out of high school, many of whom become future officers.A rabbi whose instruction contradicts the value system of the IDF and the State of Israel while insulting entire communities of future soldiers has no business teaching them, whether in a secular or religious framework.Amid the verbal turf battles between Liberman and Bennett, a usually silent coterie of self-identified “moderate” Orthodox rabbis jumped into the fray by offering their support for Levinstein’s position against women’s combat service.They forbade military service for religious men if they are required to serve alongside women and where physical activities occur in a mixed-gender setting.Had these rabbis issued such a ruling 70 years ago, it is questionable that we would have won the War of Independence.Thus Liberman’s ultimatum that Levinstein resign or face his yeshiva losing the state funding that enables it to survive. He said the rabbi’s comments were “in total contravention of the values of the IDF and the State of Israel as a Jewish and democratic state,” noting that women have always served in the IDF.The army rightly banned Levinstein from appearing before soldiers immediately after his attack last year against the gay community. Apparently that was not enough. The time has come for Liberman to act on his ultimatum and suspend funding of the academy if Levinstein refuses to step down.