Daycare, not a women’s issue

Daycare is a parent’s issue, a national issue if you will as it covers the first critical three years of our children’s lives. 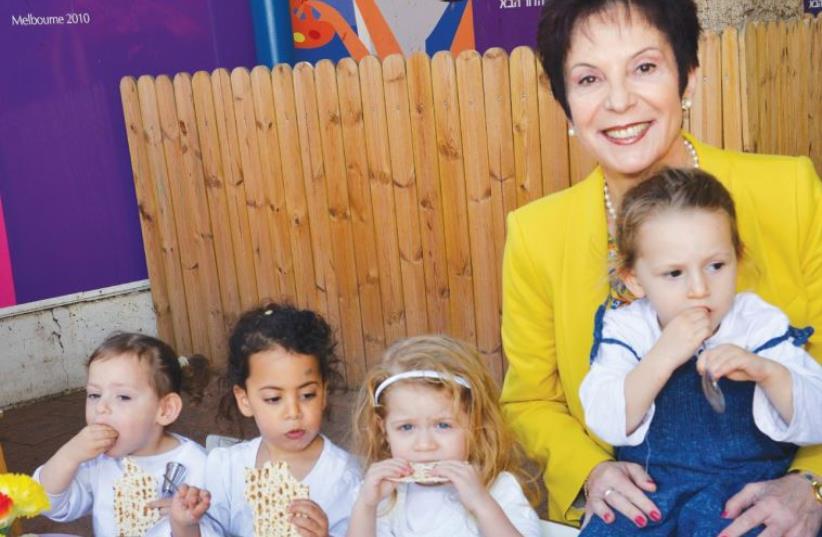 RIVKA LAZOVSKY, chairwoman of the World WIZO Executive, enjoys herself at a WIZO daycare center on King George Street in Tel Aviv.
(photo credit: KFIR MEIR)
Advertisement
Five years have passed since the fateful summer of 2011 when youngsters took to the streets demanding justice, equality and a reasonable standard of living. The only lasting result of that summer is the law guaranteeing free childcare from the age of three, down from the age of five. The Trajtenberg Committee secured the law and passed it, together with a NIS 1.2 billion allocation for the daycare system that serves the 0-3 age group.The Finance Committee in the Knesset convened this past Monday in a special commission regarding daycare. In a bizarre political twist, the committee was centered on the question of why the money allotted by the Finance Ministry has not been spent. As MK Erel Margalit eloquently remarked, if a CEO of a company he owned had spent only 10 percent of his budget, he would be sent to a certain unmentionable location.And it gets better. The head of the committee, haredi (ultra-Orthodox) MK Moshe Gafni, champions the cause of women in the workforce. To us Israelis this might seem unremarkable, but when the most conservative religious representative of an all-male party is adamant about the vital importance of women working, one might wonder how such a situation evolved.Additionally, Gafni is the voice of social democracy, demanding that the state take responsibility for the daycare system, which only covers 25 percent of the population, leaving the other 75% to the mercy of unsupervised and very pricey care.How can women work, queried Gafni, echoed by Trajtenberg and other present MKs, when so much of their salary goes to daycare? How can the state not take responsibility for the children and allow most of them to go unsupervised? The consensus was that the Education Ministry should take over the role from the Industry, Trade and Labor Ministry, which has miserably failed to utilize the budgets for building new daycare centers and staffing them.Not a single participant, of any political or gender affiliation, pointed out the astounding, at least to my ears, assumption that while women must work to make life financially feasible for themselves and their families, the entire responsibility of raising said family is automatically placed within their ever-expanding set of responsibilities.This was no discussion of cutting-edge career women with six-figure salaries that might allow them to hire help or care. In fact, the very staff that run these fine institutions for our children – should they be lucky enough to find a spot under the current circumstances – earn minimum wage.And that, to my mind, is an evil that will eat at the fabric of every part of Israeli society if it’s allowed to continue. Women working double shifts for one minimum-wage salary and another one in heavenly currency.There is nothing good or equal or right about women who are expected to work so hard for so little, and about men, and sadly women, who miss the issue or just ignore it entirely.I’m not ashamed to be a feminist, but this is not even a discussion on the topic. The discussion is about slavery.Dramatic and superlative though it may sound, the term is appropriate for a human being who gets less than NIS 5,000 in their pocket for a full-time job and comes home to another full shift of work.Repeatedly framing the daycare system as a women’s issue entirely supports this evil idea that women are somehow expected to do so much for so little.In fact, another haredi persona, Rabbi Goldknopf of the Agudat Yisrael daycare and kindergarten so-called nonprofit, brought up the very subject of the dire need to raise the salaries of daycare staff. The nobility of his notion was tarnished only by the knowledge that under his stewardship, salaries paid for by the government were “trimmed” down to size before finding their way into the teachers’ bank accounts.This is no personal vendetta. Rather, I suggest that the notion that women’s labor is somehow less worthy of financial recognition begins at home. As long as the entirety of the familial responsibility is placed on the overburdened shoulders of women who work hard for low incomes, this type of reprehensible behavior will go on indefinitely.Daycare is a parent’s issue, a national issue if you will as it covers the first critical three years of our children’s lives. There are women’s issues abundant and in plenty. This is not one of them.