Don’t throw out your typewriter just yet - opinion

Before the robots conquer the world, someone is bound to find a way to pull the plug. So don’t throw out the abacus or the typewriter. You may discover that you need them. 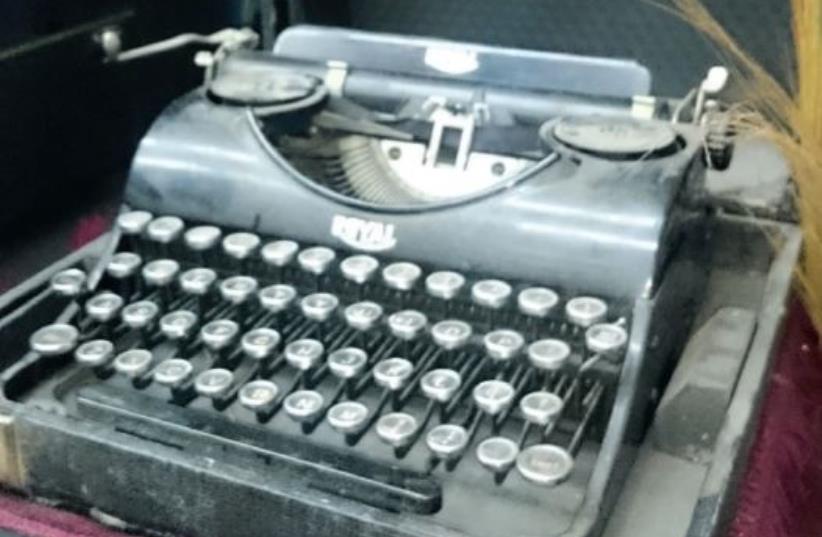 Point of disclosure. I am a technological idiot. Not only am I non-tech, I am anti-tech. It has nothing to do with age. As a schoolgirl, I did well in the humanities with very little effort but consistently failed in math and science subjects, no matter how hard I studied. Even when I had the right answers, but could not provide the method to the satisfaction of my teachers, I failed.

Just like plants and flowers are allergic to some people, and die when treated by such people, technology often goes awry or fails to work at the touch of my fingers.

Friends and acquaintances have tried unsuccessfully to teach me certain basic tools, which sometimes work temporarily, and then all of a sudden are no longer compatible with my laptop, PC, mobile telephone, or television set.

It’s been some years since I gave up trying to use my Apple laptop. Why? Because out of nowhere, someone on Google’s remote control team decided that I was an interloper, trying to hack my own Google account, and did me the great favor of blocking access. But all my electronic devices had been geared to the same server, and none of the others were similarly affected.

On my phone, I’ve had trouble with an inability to access Voice Mail or missed, unread WhatsApp messages, nor can I transfer text to Gmail, though I have no problem doing so with photographs.

My PC gives me the most frustrations: frozen screen, backgrounds that I never requested; the sudden appearance of capital letters in lower case text; unexpected changes in the toolbar; websites that come up when I click on something else; the intrusion of pornographic websites, which keep coming back in defiance of attempts to delete them; flaws in the copy-paste system; and the frequent change of language from English to Hebrew.

This also happens on my phone, especially with Facebook which refuses to recognize that more than 90% of my digital writing and reading is in English.

There’s more but this is the general run of things.

Most recently, about two months ago, I could no longer access the different channels on my TV set, because the remote control person (or robot) decided that I had to reenter my ID, my phone number and a code number that would be sent to me. The problem is that I can’t do this because I have what I call numeric dyslexia. In my case, it means that I have trouble writing down or punching in numbers. As far as doing this with the TV goes – one mistake erases everything already done – it means starting again from scratch and getting a new code number. After many attempts, I gave up and watch the news on my PC. Happily, access to Netflix is still possible.

What really irks me on both my PC and my phone is Google’s and Facebook’s preemptive text, which is very off-putting and interferes with concentration. Very often, it has absolutely nothing to do with the message one wants to convey.

HAS ANYONE noticed that the more advanced technology becomes, the more it controls your life?

When technological devices were bulkier and simpler than they are now, they caused far fewer headaches and for the most part, worked just fine. We place so much reliance on technology that we have forgotten how to live without it.

A few years ago, there was a widespread power failure in and around Jerusalem in the middle of a severe winter. Electricity didn’t work, which meant that there was no use of computers, and mobile phones could be activated so long as the battery remained charged, but recharging was impossible because the charger had to be plugged into an electric socket. Anyone who depended on electricity for heating or cooking had no option but to grin and bear it.

Many years ago, I read an article about something resembling telephone wires having been found in excavations in Egypt. This may seem far-fetched, but then again look at how much science fiction of the 19th century became a reality in the 20th and 21st centuries. Whatever the mind can dream up is apparently feasible.

Who’s to say that similar scientific and technological discoveries that are being made in our lifetimes did not exist centuries ago and took over people’s lives until someone found a way to pull the plug and erase the memory of what had been or if not the total memory, the means of instantly recreating what had been.

In Jewish tradition, there is a belief that a baby, before it emerges from the womb, knows all the secrets of the universe, but once it comes out into the world it promptly forgets. Presuming that this is more than just a legend, why should it not apply to a whole generation of people who have had the plug pulled on advanced technology?

After all, if you randomly stop people in the street, and ask them about events that made headline news in the 20th century, how many will actually be able to provide the correct answers? So why should a generation that was born after the destruction or erasing of advanced technologies, know anything about them?

Take a look at the perfection and the ceiling height of buildings that date back to the Middle Ages and beyond. Could they really have been built without any of the technology used in construction today?

Pandemics go back to biblical times. If cures did not exist throughout the centuries, the world’s population would be only a fraction of what it is today, if it existed at all. Do we know what those cures were? We have a vague idea about potions, but not much more.

Back to the subject of computers: People are already complaining about invasions of privacy, and the gathering of private information about them and passing it on to commercial and academic organizations and institutions that then begin to bombard us with their press releases and advertisements. Artificial intelligence is becoming a bane instead of a boon.

How often are you asked to tick a box on your computer to indicate that you are not a robot?

Before the robots conquer the world, someone is bound to find a way to pull the plug. So don’t throw out the abacus or the typewriter. You may discover that you need them.