Fifty years on: Anti-Israel or antisemitic? 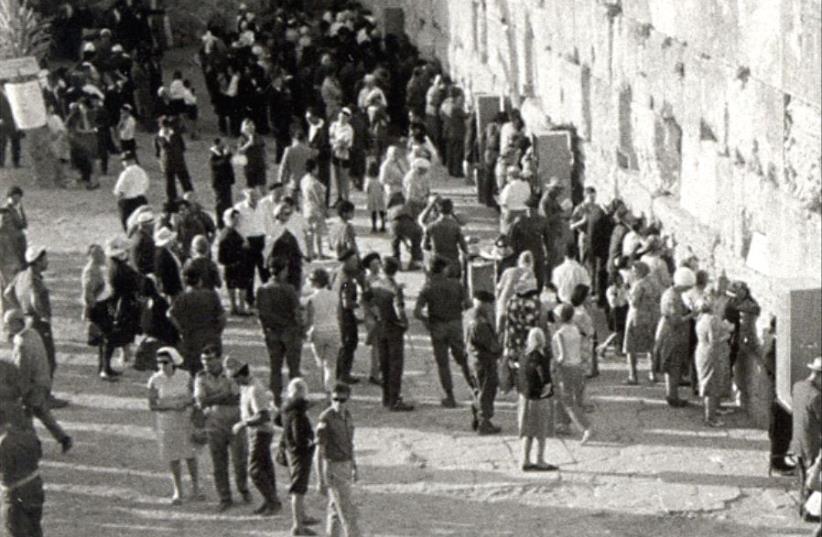 Israelis visit the Western Wall in 1967 after its opening to the public following the Six Day War
(photo credit: R. M. KNELLER/JERUSALEM POST ARCHIVES)
Advertisement
The 50th anniversary of the Six Day War is generating reams of commentary on both Israel’s swift victory and the ongoing failure of the Israeli-Palestinian peace process. A reexamination of the events around the 1967 war also clarifies the nature of 21st century antisemitism.Seventy years after the Holocaust, antisemitism is again on the rise, but there is little consensus on the causes of this troubling trend. A significant body of analysis defines much of this increase to a “new antisemitism” – a type of Jew-hatred that masks itself as opposition to Zionism and the policies of the State of Israel. In response, others argue that this line of reasoning is a means of shutting off free speech and censoring criticism of Israeli government policy – in particular Israel’s 50-year military occupation of the West Bank.A consideration of the Six Day War is a particularly good lens for analyzing the question “Is criticism of Israel ever antisemitic?” because language, images and issues were often starker/less nuanced in the lead-up to the conflict. Prior to June 1967 there was extensive criticism of the Jewish state, but Israel did not militarily occupy the West Bank and Gaza and much of the criticism focused not on Israeli policies but over the Jewish state’s very legitimacy and employed blatant antisemitic themes to make the case.For centuries levels of discrimination against Jewish minorities were significantly less in the Muslim world than in Christian Europe.This had begun to change by the 20th century. Nazi Germany’s Jew-hatred policies had considerable support in the Middle East and after 1945 Nazi war criminals found refuge among many of Israel’s Arab neighbors, often assuming roles in military and security forces.In the years preceding the Six Day War, eliminationist rhetoric that echoed the Nazis’ characterized statements of some Arab leaders.The then-Syrian defense minister (and father of the current president) Hafiz Assad stated: “[w]e have resolved to drench this land with your blood, to oust you aggressors and throw you into the sea.” The then chairman of the Palestine Liberation Organization, Ahmed Shukairy, declared in late May 1967: “[t]here will be no Jewish survivors in the Holy War of liberating Palestine.”Similar rhetoric is not unusual in today’s Middle Eastern media.Egyptian government statements featured claims that Jews used children’s blood for their religious rituals (the classic blood libel), Holocaust denial, and references to the infamous forgery The Protocols of the Elders of Zion. In 1966, Nasser’s personal representative stated to an official publication that “[o] ne of the most outstanding Zionist works on general political planning is The Protocols of the Elders of Zion which clearly lays down the way to the achievement of their aim, Jewish domination of the world....”Today the heads of state of countries like Egypt and Jordan may not spout such nonsense yet the Protocols – and similar material – is widely distributed throughout the Middle East while media, religious and political figures continue to reference the Protocols and blood libel as established facts.Political cartoons of the period mimic those of the Nazi publication Der Stürmer, with Jews/Israelis portrayed as evil, distorted humanoid characters. Unfortunately similar cartoons are still published in the Middle East and sometimes even in European media.The end of most of the Jewish communities in the Middle East also illustrates how anti-Israel rhetoric masked deeper antisemitic sentiments. In the wake of Israel’s independence and then with the Six Day War, Jewish populations across the region were unjustifiably vilified as Zionist agents, arrested, stripped of citizenship, pauperized, murdered and induced to leave countries where they had lived for over two millennium.Of course any issue as complex as modern antisemitism defies simple explanations. In the Arab world today there is a greater range of opinions about Israel, including voices that accept Israel’s right to exist. It is clear that criticism of Israel is not inherently antisemitic and that false charges of antisemitism can hinder the real fight against hate. Moreover, a great deal of antisemitism around the world has little or nothing to do with Israel.Yet we can’t counter the resurgence of antisemitism in any country without being clear about its causes. When a European synagogue is firebombed and authorities insist it is an expression of anti-Israel, not antisemitic, rage it’s time to acknowledge that anti-Israel activism is sometimes a simple mask for antisemitism. Revisiting the events leading up to June 1967 helps remind us of this unfortunate truth.Ira Forman was the US State Department’s special envoy to monitor and combat antisemitism from 2013 to 2017. This fall he will be teaching at Georgetown University as a distinguished visiting professor in antisemitism.