Why is everyone discussing threats from Jewish philanthropists to halt donations over the Kotel and conversion drama instead of talking about the future of the Jewish state? 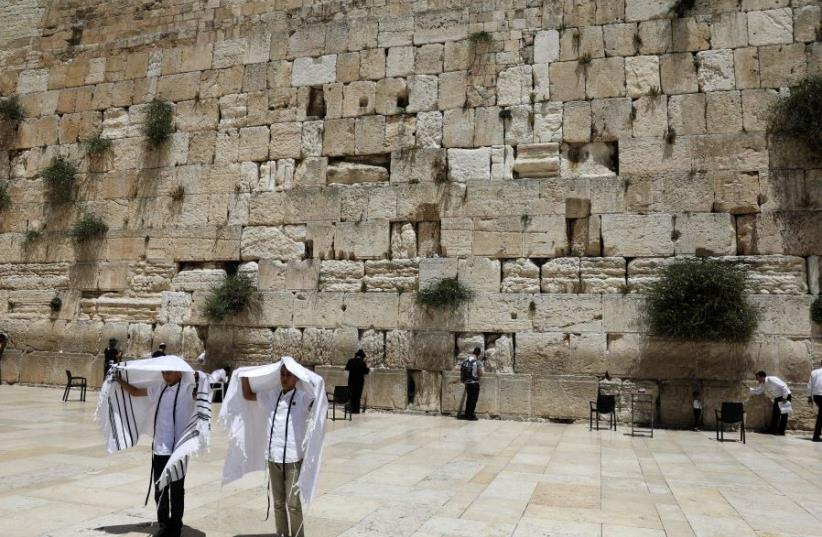 Youth hold their prayer shawls as they stand in front of the Western Wall, Judaism's holiest prayers site in Jerusalem's Old City May 17, 2017.
(photo credit: REUTERS/Ronen Zvulun)
Advertisement
There is something sad in seeing that the focus of the debate surrounding the recent Western Wall-conversion crisis is all about money.How much money are American-Jewish philanthropists withholding from Israel, will their boycott be effective and what will Israel do in response? Those are the main questions on peoples’ minds.Here are three observations: 1. The focus on money dumbs down the conversation.The Israeli-Diaspora relationship is not and should not be about money.
Emergency Knesset meeting on Western Wall crisis
It is about peoplehood – are Israelis and Diaspora Jews from the same people and do they have a responsibility for one another that transcends politics and money? If so, governments don’t cancel Kotel deals and philanthropists don’t stop funding because of wrongful government decisions.2. I do not believe that boycotts will work.Look at BDS. Has that succeeded in changing Israel’s policies vis-à-vis the Palestinians? Has it forced the government to do something differently? The same will happen here.Israel had 4% growth in GDP in 2016 and is projected to have more than 3% growth in 2017. While donations are critical for Israeli NGOs, they will not have the effect on the Israeli economy that will make the government change its policies the way the boycotters presume.Prime Minister Benjamin Netanyahu will not suddenly give recognition to Reform and Conservative Judaism (which I believe he should) because Ike Fisher or someone else decides to suspend contributions to the Jewish state. He will do so if the Israeli people demand he do so.That is the only way.3. Which leads me to my final comment – the true way to change policy in Israel is to make religious pluralism an issue that is important to the Israeli voter.The fact that there are about 500,000 Israeli citizens (from the former Soviet Union) who cannot get married in the country is a travesty. The fact that all Jews cannot practice their Judaism the way they want in the Jewish state is morally wrong.Compare this for a moment to the conflict with the Palestinians.Are the Israeli people demanding that their leadership make peace? The answer is currently no and until that changes, it is difficult to imagine an Israeli leader willing to make the painful concessions necessary for peace and pay the political price that will come with that.The same applies here – if the people don’t want it, the government won’t do it.Boycotts won’t last and won’t work.What can work is education – Israelis need to be educated about why they should care.They need to understand why religious pluralism should be important. Until that happens, don’t expect change.