This regional approach is misguided and will not ultimately succeed as one may have hoped. Certain achievements may indeed be reached, but they will be limited and kept under wraps. 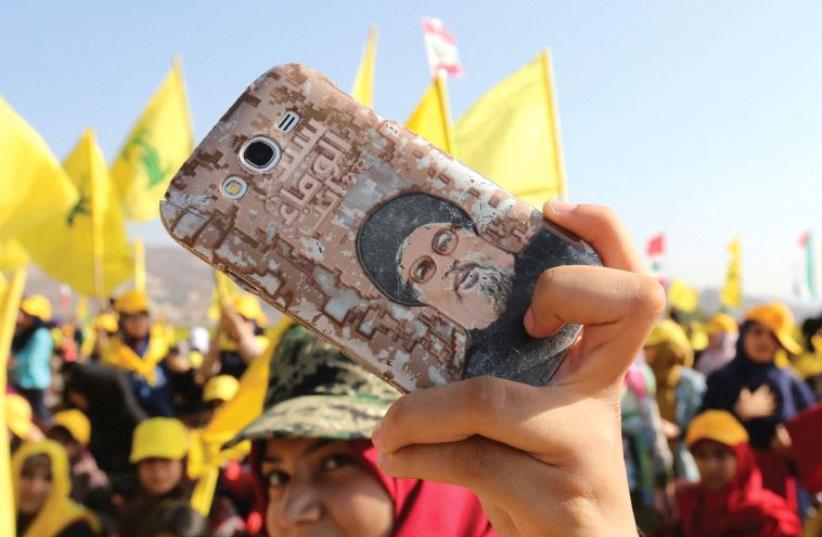 A HALT to the spread of the Shia axis of power in the region will lead to an improved position for Israel in the region, writes the author
(photo credit: REUTERS)
Advertisement
Over the past two years, the Israeli discourse has frequently included terms like “an opportunity to promote regional cooperation,” or “regional initiative.” This discourse is not limited to the political Center and Left; it has been adopted by various rightwing government officials as well, including Prime Minister Benjamin Netanyahu and Defense Minister Avigdor Liberman.The adoption of this discourse should not be taken for granted; it is the result of intellectual and media activity undertaken by various civil society organizations that identified a historic opportunity – the result of changes taking place in the region – to cooperate with the “moderate” Arab states who share common interests with Israel, such as halting the political and ideological expansion of Iran and the Shi’ite axis (including Syria and Hezbollah), and a joint struggle against Sunni Jihadist Islamic non-state actors.In fact, these changes began after the Second Lebanon War in the summer of 2006, but only penetrated the public consciousness and the political system after the disastrous consequences of the “Arab Spring” were realized and the Islamic State (ISIS) entity was established.The original purpose of the regional concept was not to disregard, escape or divert attention from the Palestinian problem, but rather to harness the Arab states as an umbrella of support for the Israeli-Palestinian peace process. As bilateral negotiations are at a standstill, the regional framework was supposed to steer the parties away from the impasse.According to this logic, the Arab states can help in several ways: Egypt has leverage over Hamas because of their common border; Jordan has an interest in reaching a solution to the Palestinian refugee problem as well as a desire to play a role in the Jerusalem issue; and Saudi Arabia can provide religious legitimacy to any political compromise. All these countries have leverage over the Palestinian Authority and its president, Mahmoud Abbas.However, the main problem is that the public consciousness has shifted in line with the positions of the right-wing politicians. In other words, those who promote the regional discourse do not do so in order to make progress on the Palestinian issue, but rather to reap the benefits of the changes in the region without having to pay its price in the Palestinian sphere. In such a way, the right-wing government also enhances its supposedly moderate image.Indeed, Egypt’s ambassador’s return to Israel, the visit of its foreign minister (after nine years), intelligence and military cooperation with Egypt, Jordan and possibly the Gulf – all indicate that regional cooperation is alive and kicking, while the Palestinian track has been abandoned.The public, according to a Mitvim Institute’s public opinion poll (July 2016), graciously accept it; they are mostly interested in cooperation with Egypt, while the PA is lagging behind in fourth place out of five options. In other words, the public welcomes regional cooperation according to the right-wing vision.This regional approach is misguided and will not ultimately succeed as one may have hoped. Certain achievements may indeed be reached, but they will be limited and kept under wraps. Israel has a history of contacts with countries, organizations and prominent figures in the Arab world. As these connections were viewed in the Arab world as illegitimate, they were kept behind the scenes. Some Arab leaders also paid with their lives for this (such as Jordan’s king Abdullah, Egyptian president Anwar Sadat and others). As a result, Israel has suffered over the years from what I call the “mistress syndrome.” The only time it enjoyed an extensive and open relationship with the Arab world was in the ‘90s, after the signing of the Oslo Accords. All of the achievements in the field of diplomatic relations, the economic conferences and projects evaporated at the onset of the al-Aksa intifada in 2000. In other words, real, open and meaningful cooperation will not exist without a solution, or at least significant progress, on the resolution of the Israeli-Palestinian conflict. Any attempt to promote regional cooperation without tackling the Palestinian issue is throwing dust in one’s eyes.And, as we know, there is plenty of dust in our region.In view of the fact that the discourse of “opportunities” and the “regional initiative” have been adopted by the government and the public at large, focus should now be placed on introducing another discourse, one of missed opportunities. The Israeli public likes to quote the legendary foreign minister Abba Eban’s saying that “the Arabs/Palestinians never miss an opportunity to miss an opportunity.” Yet, a recent study that I completed shows that not only have the Palestinians missed opportunities, but Israel has as well. Therefore, emphasis should not only be placed on identifying a historic opportunity – which indeed exists – but emphasis should be placed on ensuring that it will not be missed.As things stand now, the Israeli government shows no motivation to seize this historic opportunity to advance a regional initiative that includes a two-state solution, in accordance with the recommendations of the recent Quartet Report. In August 1952, David Ben-Gurion told the Knesset that “I do not want to be the man that our grandchildren... blame for having had the chance to try and achieve Jewish-Arab peace – and to have missed it.”I believe that Netanyahu should hang this quote over his desk.The author is a professor in the department of Islam and Middle Eastern Studies at the Hebrew University of Jerusalem, and a board member of Mitvim.