IDF soldiers in the dangerous cycle of prostitution

The army should set a moral example and act to stamp out prostitution in its midst, work to save these soldiers and recover them. 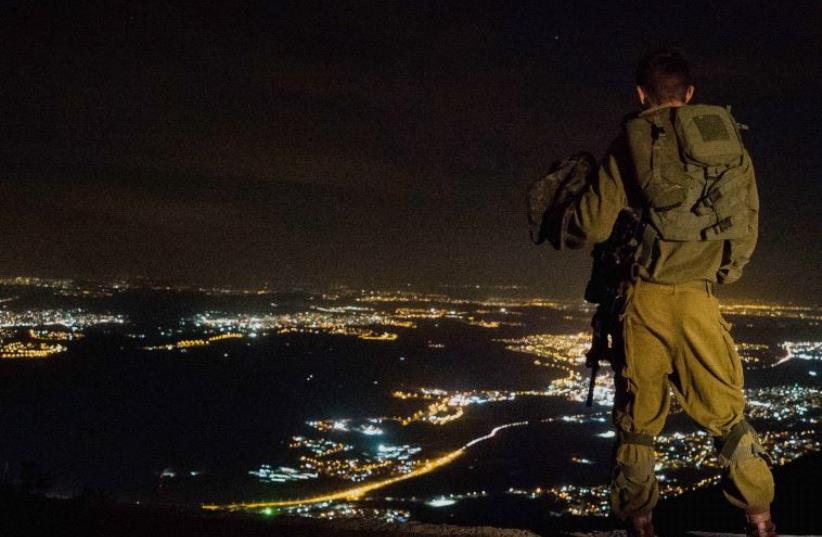 An IDF soldier.
(photo credit: IDF SPOKESMAN'S OFFICE)
Advertisement
Recently we were exposed to the horrifying phenomenon of soldiers involved in the cycle of prostitution.Several reports were broadcast on this subject in the media, revealing shocking evidence of male and female soldiers in the IDF engaging in prostitution due to severe economic distress. This phenomenon is a badge of shame for the IDF and the State of Israel.Unfortunately, the situation is acute and we must act to prevent its recurrence and continuity. Earlier this week I submitted a request for an urgent discussion on this subject in the defense committee to understand the extent of the situation, get answers from the army regarding the continuous neglect of these soldiers and to formulate solutions immediately.According to the media reports, some of the soldiers claim that even though they filed repeated requests for special service conditions that would alleviate their distress, they have not received any help from the system that is supposed to take care of them. Therefore, they are forced to supplement their income via prostitution to “make ends meet.”Moreover, in some cases the commanders knew their soldiers were involved in prostitution but did not help them. There are even a few cases of prostitution which took place inside army bases. In another case, a soldier claims that she turned for help to the women’s affairs adviser in the army, who responded that sexual abuse outside the army is outside the army’s purview.These terrible reports represent the problematic and distressing situation of soldiers during their military service, especially soldiers from weak socioeconomic backgrounds. The Elem-Youth in Distress voluntary association reports that 30% of young people involved in prostitution are aged 18-22. The IDF is not aware of the extent of the phenomenon, but according to a survey carried out for the report it is estimated that there are about 500 soldiers involved in prostitution.During their compulsory army service, Israeli soldiers are the complete responsibility of the IDF, including their welfare and financial situation. The IDF has an extensive array of services for this purpose. Our soldiers would not find themselves involved in prostitution if the system was functioning properly and provided them with appropriate social services as it is required to do.Not only does The IDF provide for the “basic needs” of the soldiers, it has also established special mechanisms to assist soldiers in situations where the civil education and welfare systems were unable to do so, and I’m very proud of our country for taking this approach. For example, the Education Corps provides courses for completion of years of study, courses for completing matriculation exams, Hebrew courses for immigrants and minorities and special basic training for youth at risk. These special programs show that the IDF understands it is the people’s military, and therefore has a responsibility to assist soldiers suffering from economic distress.The role of the army is to provide maximum protection for all soldiers, who guard us day and night. In addition, proper social benefits and identifying distress among them are the basis for their welfare and protection. This is the exclusive responsibility of our compulsory-service military, and we need to handle any failure on its part as quickly as possible.As I see it, the Social Affairs Ministry can and should assist the IDF in identifying young people who have fallen into the cycle of prostitution before the draft and the IDF should create a unique transition framework that will enable the recruitment of these people. If they were not identified before recruitment, the IDF should have special training and guidelines for identifying and dealing with this delicate situation. Military service is often a lifeline for boys and girls from all sorts of difficult backgrounds. The army should set a moral example and act to stamp out prostitution in its midst, work to save these soldiers and recover them. It is in the interest of the IDF to do so, and as I see it, it is the interest of all of us as a society and as a nation.The author is a Meretz MK and a member of the Knesset Foreign Affairs and Defense Committee.