In Gaza too, actions speak louder than words 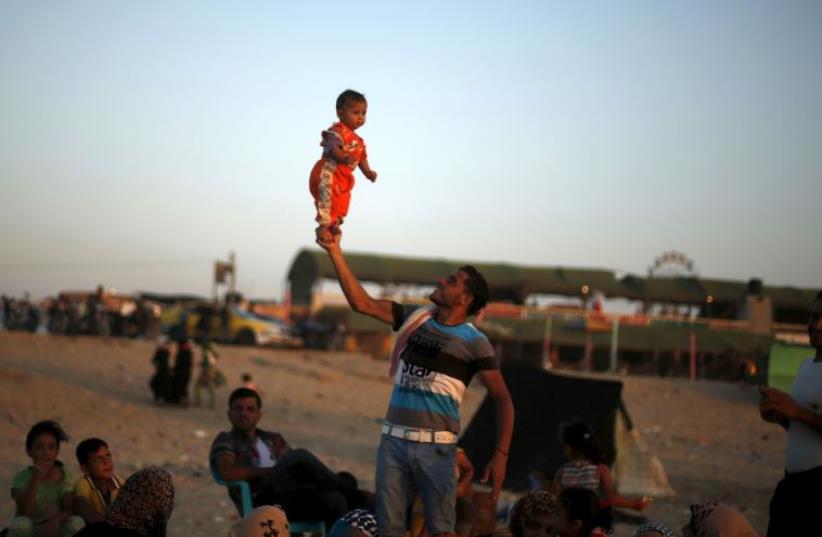 A Palestinian man lifts his daughter at beach along the Mediterranean Sea in the northern Gaza Strip July 24, 2015.
(photo credit: REUTERS)
Advertisement
Amid several seemingly hopeful news reports on easing Gaza’s deteriorating economic and social conditions, almost nothing has been seriously considered and translated into efficient action. The only thing that gets better in Gaza is the amount of media coverage.Now that’s a good thing, as more people around the world will be kept updated on the latest Gazan shortage of food, medical equipment or medications, the lack of electricity, and all forms of human suffering in Gaza, and hence increase the possibility of action being taken toward solving these problems.As a Palestinian student who has lived and studied in Gaza his entire life, I’m confident I can speak at least for my family (which is really big), and for most of the people I know well: a lot of what’s been going around in the media and international political discussions with regard to the 2014 war’s effects on the people of Gaza and “how they can be resolved” must be questioned.I have two questions to those who can and should be putting an end to the blockade and Gazans’ limited freedom of movement: is it only because Gazans are by coincidence living in a “holy land” and this is part of the longstanding Jewish-Arab conflict, which through cumulative impact attracts more viewers and therefore attains better ranking results, that Gaza has an “outstanding” TV focus? Or is it because of the inherently strong human desire to look good in the eyes of others? “Hey, look, we’re giving media attention to the state of misfortune Gazans are forced to live in.”A lot of outsiders have been mistakenly led to believe that because we’re at the center of global attention, things may start moving in positive directions. That’s not true.Two families in my small, disadvantaged neighborhood, which lies in the middle of the Gaza Strip and borders the Mediterranean Sea, have lost their homes. One of these families’ sons, planning to marry, had intended to construct a second story on the house his parents and siblings were living in. I come across the wreckage of these two homes on my way to college. The families have been able to clear the rubble and clean out the side streets – great news for the environmental agencies, but it hasn’t done much as far as the daily needs of these two families are concerned.They are now struggling with rental housing, which they are unable to afford.All those who have lost family members or sustained damage to their belongings during last summer’s war, all those whose businesses were affected or scholarships jeopardized by the stubborn blockade certainly feel flattered when their stories are featured somewhere on the Internet. But has such coverage made the slightest improvement to the situation? In many occasions it has, but is it enough, or even close to enough? In more than six years, the answer to these questions has never changed significantly for Gazan citizens, who are directly and unnecessarily made to suffer because of some political unrest they are not active players in.I’ve been deliberately careful to not apportion blame so as not to open the door to an unending, defensive series of discussions, arguments and counter-arguments which will leave more important issues unaddressed.The blame game is admittedly an important and inevitable aspect of the political debate, but for weary citizens who require immediate solutions so they can move on with their lives, none of that really matters.There are a lot of bright, deeply responsible and committed individuals and civil societies in Gaza who have various projects in various stages of development aimed at securing sustainable income sources for the poor and making real positive change.And there have also been great awareness campaigns, which have achieved great results and which must continue.But as of now, we need to focus substantial care and support on those who will create opportunities for the Gazan population, ease the suffering and provide practical, workable solutions to our community’s problems.And this needs to start now.

The author studies at the Islamic university of Gaza.