Prime Minister of Israel Benjamin Netanyahu clarifies remarks he made over a week ago, stating that the Mufti was a Nazi collaborator but not "Final Solution" architect. 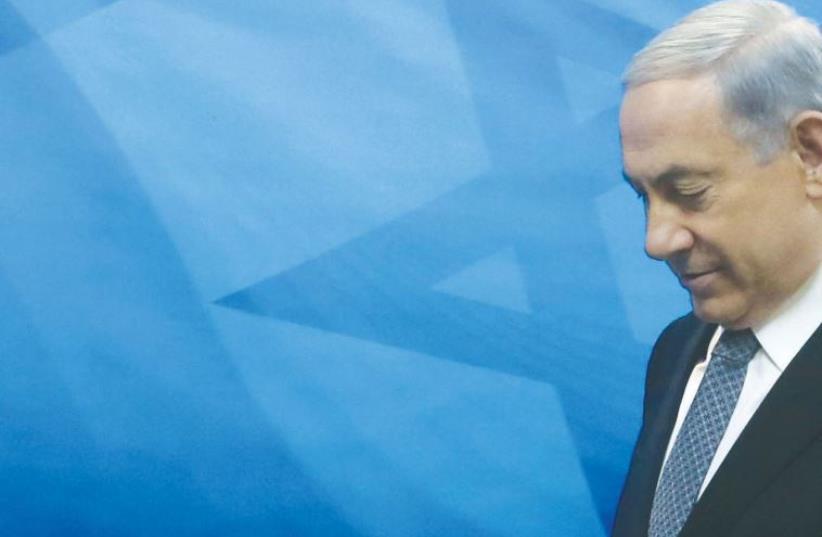 Netanyahu walks to the weekly cabinet meeting at his office in Jerusalem
(photo credit: MARC ISRAEL SELLEM/THE JERUSALEM POST)
Advertisement
I wish to clarify my remarks about the connection between the Mufti Haj Amin al-Husseini and the Nazis. In no way did I intend to absolve Hitler of his responsibility for the Holocaust. Hitler and the Nazi leadership are responsible for the murder of six million Jews. The decision to move from a policy of deporting Jews to the Final Solution was made by the Nazis and was not dependent on outside influence.
Netanyahu: "Palestinian mufti convinced Hitler to massacre Europe"s Jews"
The Nazis saw in the Mufti a collaborator, but they did not need him to decide on the systematic destruction of European Jewry, which began in June 1941.Still, the Mufti was one of those who supported the Nazi goal of destroying the Jews. He conducted his activities from Berlin during the war, disseminated virulent anti-Semitic propaganda on behalf the Nazis, recruited Muslims to the SS, demanded that after conquering the Middle East the Nazis destroy the Jewish national home and vigorously opposed the emigration of Jews – even children – from the Nazi inferno, knowing full well that this would seal their fate.My remarks were intended to illustrate the murderous approach of the Mufti to the Jews in his lengthy contacts with the Nazi leadership. Contrary to the impression that was created, I did not mean to claim that in his conversation with Hitler in November 1941 the Mufti convinced him to adopt the Final Solution. The Nazis decided on that by themselves.The interpretation of my remarks as though I absolved the Nazis of even one ounce of responsibility for the Holocaust is absurd.It was important for me to point out that even before World War II it was the Mufti who propagated the big lie that the Jews intend to destroy the al-Aqsa mosque. This lie lives on and continues to exact a price in blood.The Mufti was a war criminal who collaborated with the Nazis and who opposed the creation of a Jewish state in any boundaries. In 2013 President Abbas praised him as a Palestinian “pioneer.” That the Mufti remains an iconic figure among the Palestinian leadership today speaks volumes about that leadership’s real attitude towards Israel.The author of this article is the Prime Minister of Israel. The content of this article first appeared on the prime minister's Facebook page.