In Plain Language: Coming home... to a place we’d never been before

Here is to the next 25 years; we can only hold our breath. 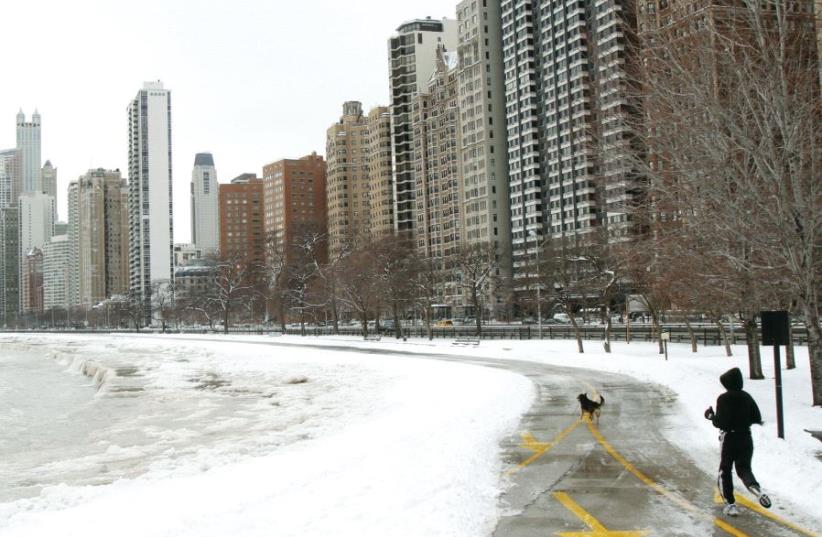 A man runs along Lake Michigan in Chicago in 2010
(photo credit: REUTERS)
Advertisement
This week we will attend a large gathering of ex-Chicagoans who have made aliya. It will be awesome seeing so many of our landsmen from the “old country” – gee, I love sounding like my grandparents! – and reminiscing about one of the greatest cities on Earth.We'll talk to our compatriots about the Cubs, about the various shuls in which we grew up, about the Lincoln Park Zoo, the great Chicago jazz clubs, about the Sears Tower – once the tallest building in the world – about seeing Bill Murray and John Belushi perform year after year in Old Town’s Second City Playhouse, and, of course, about the Cubs (did I mention the Cubs – winners of last year’s World Series?!).Many of the attendees, like ourselves, are graduates of the Bnei Akiva youth movement and Camp Moshava, where we first became infused and enthused with our Zionist ideals. Others come from a dozen different backgrounds, all of which dovetailed into a longing to come home – as John Denver famously wrote – to a place we’d never been before.The nostalgia will hang thick in the air – along with the evocative smell of Romanian Kosher’s famous salami and pastrami, being brought to the event by a visitor from the Windy City. As our family approaches our 25th aliya anniversary next month, I cannot help but think about how much Israel has changed in the last quarter century, and how much it still remains the same.Our first few years here were imbued with the wide-eyed, jaw-dropping, mixed-emotional, love-struck experience that every new oleh goes through.We marveled at the eclectic mix of the population, the distinctively diverse cultures and customs that came at us from every direction. We were simultaneously assaulted and amused by the directness and chutzpah of our neighbors – “Can we use your American washer/dryer for our clothes?” “How much did you say you paid for your apartment?!” – and touched by how every stranger we met was more than ready to teach us all there was to know about every subject known to man.We struggled with our Hebrew, despite our years in American Hebrew day schools. I cringed when Susie asked the Egged bus driver, “Ata yachol l’hagid li matai laledet?” (“Can you please tell me when to give birth?” – instead of “laredet,” to get off). It didn’t help much when I explained to the astonished driver, “Hi pashut lo g’vina!” (“She simply is not cheese!” – instead of “lo mevina,” doesn’t understand).For the first year, we had no car, which actually was a godsend. It meant we either walked or traveled everywhere by bus, with no distractions as we gazed out the window at the stunning beauty of this country, from Eilat to the Golan.It was also a kind of casual ulpan, as we were forced to ask for directions from our fellow travelers, who then engaged us in conversation and graciously told us their life stories.Israel was a bit more, shall we say, “rustic” back then, before the hi-tech revolution, before all the fancy cars, before cell phones – (Okay, who out there still wears an asimon (payphone token) necklace?) – before even Ben & Jerry’s. It took us some time until we realized that not every cereal on the shelf was actually “cornflakes,” even though that’s what they all were called. We had to grit our teeth when forced to pay a tax to own a TV, or to exit the country (what is this, Russia?!) and we depended on visiting friends and relatives for high-quality disposable diapers, chocolate chips and white tuna (still, alas, a caviar-like delicacy.) But there was a certain lovable, unique, authentic, heimish quality to Israel back then which, thanks to modernity and progress, has sadly all but vanished from everyday life. We’re not willing to go back there, to be sure, but we still miss it.Of course, not everything in the Jewish state has been transformed. Politicians are, well, still politicians; we are still surrounded by violent neighbors who steadfastly resist our overtures of friendship; and the threat of war still hangs over our heads, though we don’t usually let it show. I recall, with laughter and tears, how our eldest son Ari, at age 12, was chosen to play a soldier in his school’s Independence Day play in his first year of school here. It was a short time into the ill-conceived Oslo peace façade, and a false sense of security enveloped the region. Swimming in a friend’s borrowed IDF uniform, Ari tried to stand tall as Susie and I looked knowingly at each other and wondered if he would be placed in harm’s way six years hence. Little did we know….Israel, you are nothing less than a living, breathing miracle. Every day with you is filled with excitement and energy, new crises and new challenges that both test and teach us (when asked how long we’ve lived here, Susie usually answers: “One year, 25 times!”). You have the ability to inspire and infuriate, all at the same time. Your ancient yet modern personality is a marvel to behold; it’s no wonder that you occupy the lion’s share of the world’s attention. You are wise beyond your years, you have accomplished so much in so short a time.Truth be told, we would not trade these 25 years for anything else, anywhere else. But here is to the next 25; we can only hold our breath, because the best is yet to come. The writer is the director of the Jewish Outreach Center; [email protected]