In Plain Language: Who counts in Israel?

For freedom without an agenda, without a plan and a purpose, a direction and a destiny, is merely chaos by another name. 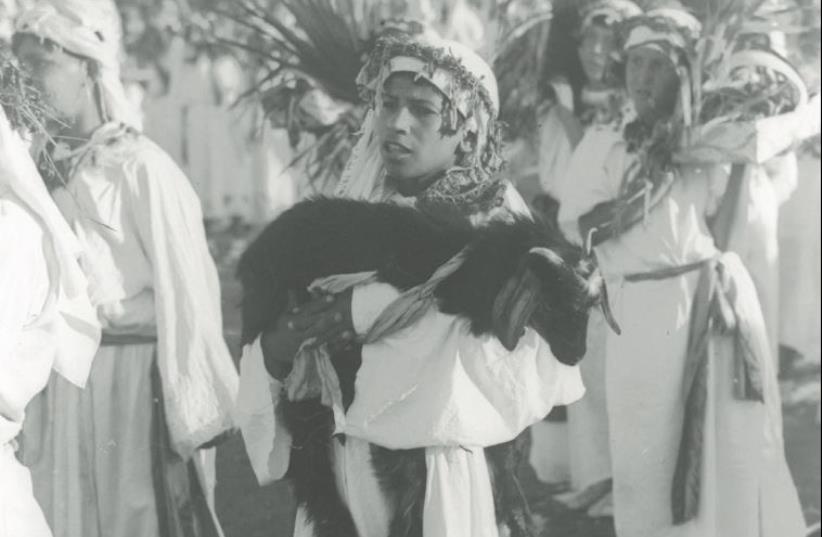 School children carry the first fruit offering during the Bikurim festival in Tel Aviv in 1935
(photo credit: GPO FLICKR)
Advertisement
Let’s begin with a trivia question: What is the longest single period of celebration or commemoration observed annually in the Hebrew calendar? Now, some of you may guess Hanukka, which, at eight days, is indeed a long holiday.But others are saying, “True, but Succot plus Shmini Atzeret – outside of Israel – is nine days long!” Then up pops a bright student of Judaism and retorts, “Ahh, but what about the 10 Days of Repentance, from Rosh Hashana through Yom Kippur?!” No sooner is that offered than someone chimes in, “Well, then, let’s go for the entire period of atonement, which stretches from the first of Elul through the final shofar blast of the Day of Judgment, totaling 40 days in all.”Good guesses, all. But, alas, none are correct.The longest continuous observance in our yearly calendar is the 50-day span that stretches from Passover to Shavuot, known as sefirat ha’omer, the counting of the omer.Once associated with Israel’s annual barley harvest, it today has two very different components: It connects Passover’s physical redemption from Egypt with Shavuot’s spiritual inauguration of the nation, when we received the Torah at Mount Sinai. And it memorializes the thousands of students of Rabbi Akiva who died during this time period almost 2,000 years ago.And there is much to say about each of these phenomena.One of the more famous biblical expressions is the dramatic demand Moses relayed to Pharoah, “Let My people go!” It has been employed throughout history as a call to freedom, from the emancipation of the African-American community to the lifting of the Iron Curtain in Communist Russia. But the phrase in its entirety actually reads: “Let My people go – so that they may serve Me!” Having “the last word” here is crucial.For freedom without an agenda, without a plan and a purpose, a direction and a destiny, is merely chaos by another name. The Jewish people was not liberated merely to escape Egypt’s bondage; we had a unique role to play in the universe, a magnificent mission that could not be carried out while in bondage. That is why we were freed.The Torah we were given is not merely a set of rules and rituals, a daily adherence to God’s mandate and mitzvot. It is a road map for guiding the world toward a better fate, shaping humanity into a more holy and perfect entity that reflects a Divine image.Man’s struggle to be free is ever-present and universal; it is not limited to those seeking escape from oppressive regimes.We all struggle to be free from worry, from anxiety and depression, from loneliness and, yes, free from debt. But the greatest freedom comes from the realization that we have a purpose on this planet, that our lives have real meaning. That is the thread – better, the lifeline – that connects Passover to Shavuot and elevates us from an accident of birth to a partner with the Creator.And what of Akiva – arguably the greatest rabbi in history after Moses – and the tragic demise of his students? What lessons do they offer us today? The Talmud records that “12,000 pairs” of students perished because they did not honor one another. While most commentators understand this as a kind of scholarly arrogance – the inability to see another’s point of view – the Lubavitcher Rebbe gives it a different spin. He notes that Akiva’s dictum of “Love your fellow Jew as yourself,” followed diligently by his disciples, was ironically the source of the sin that precipitated the calamity.“Because each disciple loved his fellows as he loved himself,” he says, “he felt compelled to correct their erroneous thinking and behavior, to enlighten them as to what he felt was the truth.“For the same reason, the students found themselves incapable of expressing a hypocritical respect for each other’s views when they sincerely believed that the other’s understanding was lacking.”This malady afflicts our own political discourse today. On the one hand, we sincerely believe in our positions, and want desperately to convince everyone else of their rightness – for their own good, of course. At the same time, we cannot bring ourselves to accept that maybe, just maybe, the next person has an opinion at least as valid as our own. Love – to borrow a phrase – means sometimes having to say you’re sorry.There is also a strong opinion that many of the students died during Akiva’s and Bar-Kochba’s ill-fated rebellion against Rome in 132-135 CE.That they are identified as “12,000 pairs” rather than simply 24,000 has led some to believe that there was a schism between those who devoted themselves purely to Torah study and those who chose to take up arms and fight for independence.The more things change, alas, the more they remain the same.Each night of sefirat ha’omer, the prayer leader rises, recites a blessing and counts the appropriate day. Unlike other prayers – where simply answering “Amen” suffices – each member of the congregation must also bless and count individually.This unusual practice perhaps encapsulates the central message of these 50 days: Everyone counts. Everyone’s opinion is valid in its own right; the path we choose may differ from our fellow’s, but if well intentioned, it is no less valid.If we manage to accept this truth, we may be more enlightened than all of the bonfires lit on Lag Ba’omer.  The writer is director of the Jewish Outreach Center of Ra’anana and a member of the Ra’anana City Council; jocmtv@netvision.net.il