The cease-fire effort is an attempt by the US and EU to end the civil war that has resulted in a million deaths. 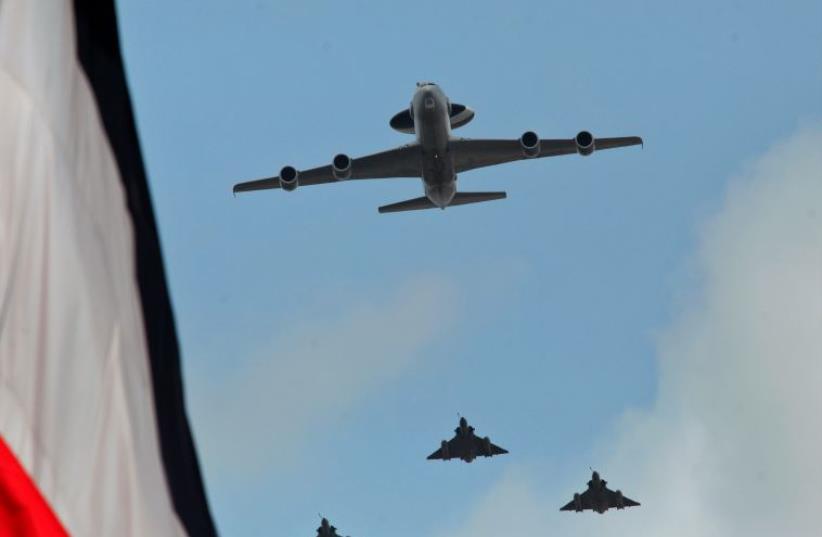 French Jet Fighters Prepare to Attack ISIS in Syria
(photo credit: REUTERS)
Advertisement
What effect, if any, will the Syrian cease-fire plan have on Israel? Announced in Munich last week by the major world powers – including Russia and the US – the plan calls for a “cessation of hostilities” within a week and immediate access for humanitarian supplies.“We believe we have made progress on both the humanitarian front and the cessation of hostilities front, and these two fronts, this progress, has the potential – fully implemented, fully followed through on – to be able to change the daily lives of the Syrian people,” US Secretary of State John Kerry declared on Thursday.The cease-fire effort is an attempt by the US and EU to end the civil war that has resulted in half a million deaths, and to stop the waves of refugees making their way to Europe through Turkey. The humanitarian crisis in Syria since the civil war began five years ago has reached massive proportions with eight million Syrians – or about a third of the population – uprooted from their homes.But without a more robust American involvement in Syria, the cease-fire plan is unlikely to succeed and this could have an indirect impact on Israeli interests.It seems likely that Russia and Russia’s allies in Syria – which include the Assad regime, Iranian forces and Hezbollah – are poised to benefit from the cease-fire. That’s because it contains a major loophole: The agreement doesn’t apply to Islamic State or the Nusra Front, two of the main targets of Assad and his allies, which leaves Moscow free to continue its air war in Syria. That means fighting in some parts of the country would continue – and even intensify – even if the cease-fire takes effect as planned.And because insurgent groups supported by the US, Saudi Arabia and Qatar often cooperate in some places with the well-armed, well-financed Nusra Front out of tactical necessity, Russia can easily argue that many of these opposition forces are, in effect, Nusra affiliates. In any event, Russia has been bombing opposition groups positioned nowhere near Nusra or Islamic State. And there is no reason to believe that the Russians will stop in the wake of a cease-fire agreement that permits them to continue to fight Nusra. They will simply claim they are attacking Islamic State and Nusra when in reality they are attacking other rebel forces.This means Russia’s indiscriminate bombing of Sunni- controlled areas will likely continue, particularly in Aleppo and in Deraa province, the latter the less important of the two, situated in southern Syria, close to the border with Jordan. Deraa has symbolic importance because it is where Sunni tribesman started the civil war five years.Capturing Deraa is also of strategic importance for the Russians and Bashar Assad. Rebels would be cut off from assistance from Jordan. And the Nusra Front’s headquarters are located there.The fate of Deraa is important to Israel because it is just 35 kilometers from the border fence on the Golan Heights. If the Russians capture Deraa their next step might be to recapture the Syrian Golan in cooperation with Hezbollah and the Iranians. Russian jets would be operating dangerously close to Israel, which would test the coordination between the IDF and the Russian Air Force.If the Russian-Syrian coalition captures the Syrian side of the Golan Heights, it would make it easier for the Iranians and Hezbollah to open up another front for terrorist attacks against Israel.Admittedly, Moscow has no interest in seeing Iran and Hezbollah open up a new front with Israel. Israeli counterattacks on forces working with the Assad regime would weaken the Assad coalition. Russia does not want to see this happen. Nevertheless, Hezbollah and Iran might take the risk of carrying out limited terrorist attacks that do not lead to major Israeli retaliations, and Israel might be hesitant to respond aggressively out of concern it might hit Russian troops in the process.The cease-fire negotiated in Munich is unlikely to bring about an end to the slaughter in Syria. It is more likely to allow Russia to continue to attack Sunni targets indiscriminately. The Assad regime and its allies would then be strengthened. And this could have bad ramifications for Israel.It is imperative that Israel continue to closely monitor the situation in Syria and not let its guard down.