Israeliness is the answer

How Israeli-Americans can solve the ‘Pew Problem’ 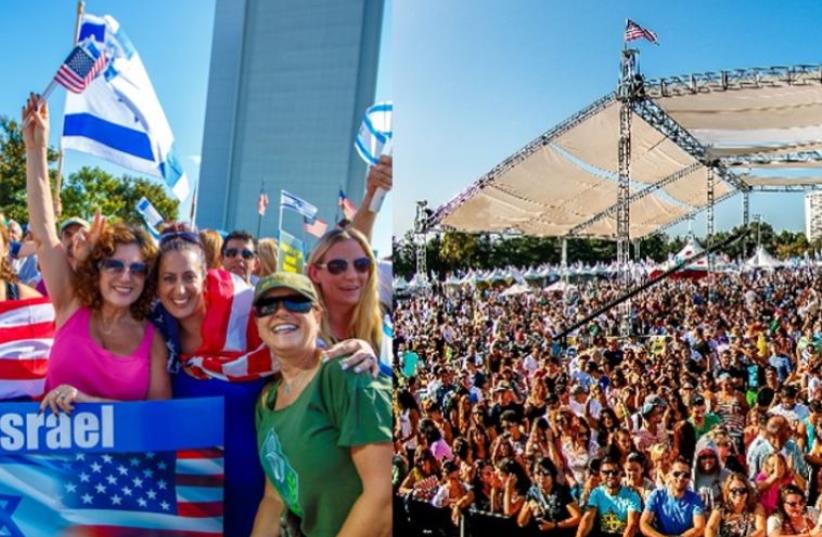 Independence Day Festival in Los Angeles.
(photo credit: IAC)
Advertisement
Alarms are going off. American Jews – particularly Millennials – have become less connected to their faith and to the State of Israel.According to the now infamous 2013 Pew Research Center study, “A Portrait of Jewish Americans,” approximately one-third of American Jews between 18 and 29 years old describe themselves as having no religion at all, and two-thirds do not have a strong connection to Israel. In a study published by Brandeis University last year, fewer than half of Jewish college students could correctly answer even the most basic questions about the Jewish state. This is stark contrast to older American Jews, eight in 10 of whom feel attached to Israel.Many now suggest that the State of Israel, our Jewish homeland, has become an obstacle in our effort to engage the next generation in Jewish life. They see Israel as a source of conflict and alienation between older and younger Jews and between young American Jews and their Jewish heritage.Despite the hype and the headlines of recent years, I have seen firsthand that the State of Israel and the Israeli people are anything but a liability when it comes to engaging young people. They are our most powerful and effective solution.The great success of many programs, such as Masa Israel, Gap Year, and in particular, Birthright – with its half a million alumni – illustrate how visiting, exploring and experiencing Israel makes a transformative difference for young people. Research shows that attending a Birthright trip increases one’s desire to date Jewish and raise Jewish children, leads participants to feel more positive about their Jewish identity, and strengthens their connection to their Jewish homeland.What is about going to Israel for 10 days that has such an impact? I believe that the secret is the exposure to the distinct identity of Israelis, something we often call “Israeliness.” Israeliness incorporates many elements, including Israeli culture, Jewish values and Hebrew, the language of our Bible; extraordinary pride in Jewish tradition and our history; a deep belief in Zionism; an incredible connection between Israelis and the Land of Israel; and a commitment to the idea “Kol Yisrael areivim zeh lazeh,” “All the children of Israel are responsible for one another.”Israeliness provides a powerful reminder about where our people have come from, and an inspiring vision of where the Jewish people is going. It makes complete strangers feel like family. It gives young men and women the courage and conviction to fight against evil and for what is right, to defend our Jewish homeland, our Jewish values, and the Jewish people.Israeliness reminds us about the many contributions to the world that have been born in the Land of Israel, from the advent of Judeo-Christian values to creation of the Start-Up Nation. In Israel, young people see a country that has more companies listed on the Nasdaq exchange than Africa, Germany, France, the Philippines, Japan, Russia, Singapore, Korea and India combined, a country whose research has been instrumental in developing pivotal technologies used all around the world from voice mail to computers, to text messaging and Waze.Israeliness opens up a whole new world for young American Jews, many of whom have been conditioned to believe that Jewish identity must be centered around attending synagogue. In discovering their homeland, young Jews are able to discover a piece of themselves, connect with young Israelis, and find new ways to express their Judaism through an Israeli lens.Yet, if we want to address the challenges outlined in the Pew Report, it’s not enough to bring Americans to Israel, we also have to bring Israeliness to Americans. As the national chairman of the Israeli-American Council, I am focused on leveraging the greatest untapped resource for telling the story of the Jewish people and the State of Israel in the United States: Israeli-Americans.With cultural fluency in America – our home – and Israel – our Jewish homeland, Israeli-Americans can engage and inspire the broader Jewish American community in so many ways.The IAC has emerged as the fastest-growing Jewish organization in the US, with a range of programs that connect Americans of all ages to Israeliness and to Jewish traditions – from Sifriyat Pijama B’America, which provides Hebrew-language children’s books promoting Jewish values for young families, to IAC Mishelanu, the first Hebrew-language Jewish youth program on US college campuses, to the Celebrate Israel Festival, the largest Israeli Independence Day celebration outside of the Jewish state, which brings together 100,000 Americans in festivals all across the country.In Los Angeles, the IAC is building the Shepher Community Center – the first Israeli-American Community Center in the United States. Nationwide, the IAC is collaborating with several Jewish community centers to provide a range of programs serving the broader Jewish community. We hope it will offer a model for the rest of the country.As the rates of intermarriage and disassociation rise, some have suggested that American Jewry may completely disappear.Yet, the Jewish people has survived some of the greatest perils of history in part due to our ability to adapt. Far from being a problem, embracing the State of Israel and adopting Israeliness is the solution American Jewry needs.The writer is national chairman of the Israeli- American Council.