Keeping your eye on the ball and controlling your tongue

In every resource development activity, it is important to keep your eye on the ball, and by this I mean to maintain your focus on strengthening your relationship with donors and supporters. 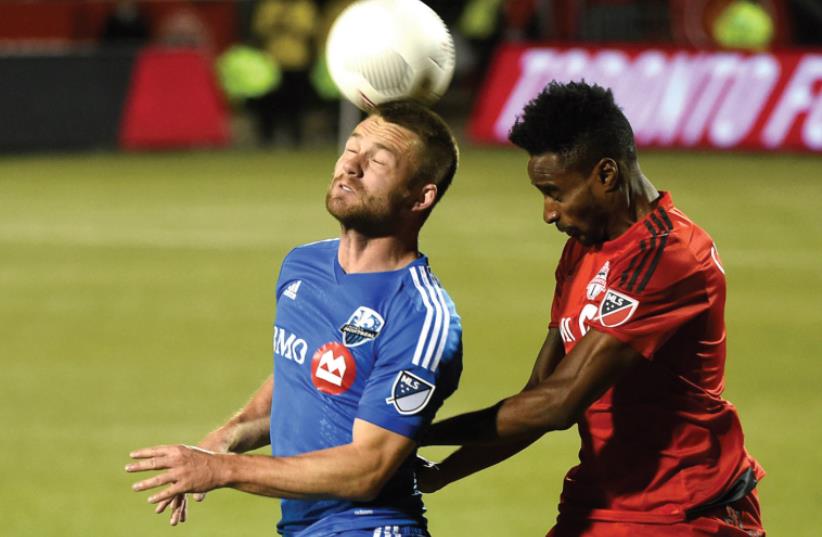 EVEN THE most seasoned professionals sometimes forget to keep their eyes on the ball.’
(photo credit: REUTERS)
Advertisement
In every resource development activity, event and conversation it is important to keep your eye on the ball, and by this I mean to maintain your focus on strengthening your relationship with donors and supporters.However, there are times when resource development professionals, as hard as they try, sometimes lose their professionalism and commit a major error in their manner of speaking or the words they choose in certain conversations.Not too long ago, a fundraiser for the All for Children (AFC) organization, which provides services for abused and neglected children and their families, committed a major error during a conversation with one of her supporters, who had made his home available for a major fundraising event. They were discussing the event and who would be invited to it. The fundraiser was very pleased to be able to hold the event at this particular donor’s home because it was beautiful and had spectacular views overlooking the Mediterranean Sea.As they were concluding a meeting to plan the logistics of the evening, the fundraiser casually asked for the list of the donor’s business contacts he was inviting to the event. The donor was quietly surprised and said he did not understand the question. The professional explained that hosts for this kind of evening usually invited both friends and business associates who would be potential contributors to the organization and added that this had always been done in the past.
See the latest opinion pieces on our page
The donor was speechless for about 30 seconds and then replied, “I am more than willing to make my home available to AFC and you, however, I have no intention of providing a list of my personal friends or business associates. This is the first I am hearing about this, and it was not what I agreed to when the board president requested the use of my home. I assumed AFC would be inviting the guests and that my role was only to provide the place and the refreshments.”At that point the fundraiser lost her focus and said, “We expected you would reach out to potential supporters and fill the room. What is the purpose of using your home if you are not providing a list of invitees?” It took the donor about 10 seconds to realize he was being insulted and he became incensed. When his shock and surprise became evident in the look on his face, the fundraiser realized she had overstepped her bounds and violated the principles of professional practice.It is clear from this vignette that the agency had not been clear about its expectations when requesting the use of the donor’s home for a major fundraising event.In this case it was the president of the AFC board who asked the donor to use his home, but in other cases it could be the CEO, the FRD professional, or even the chairperson of the FRD committee. Whoever initiates the conversation should be prepared to discuss not only the use of the physical facilities but also any other expectations that the host is expected to fulfill.In this case, if these expectations had been made clear in the initial request, the donor might have responded that it would be more advantageous to select someone else’s home because he was not prepared to invite either his personal friends or business contacts. Then the board president might have suggested to the donor that his home be used for a “friendraising event” to familiarize people with AFC and its purposes and services, and not for fundraising. Because a discussion of expectations did not take place, an opportunity arose for misunderstanding between the agency and the donor, who thought he was being generous in opening up his home to AFC.This misunderstanding was then compounded when the FRD professional responded inappropriately to the donor’s unwillingness to invite his friends and business contacts. She lost focus, saying what appeared to be the first thing that came to mind. It is easy to understand how she was thrown for a loop, but in difficult and uncomfortable situations a professional has to maintain a high degree of professionalism and to think carefully about what should be said at that moment.The hallmark of a true professional is the professional use of self – knowing how and when to appropriately respond to other staff, volunteer leaders and donors.It is quite possible that if the FRD professional in this case had engaged in a conversation and discussed the donor’s concerns that he might have been willing to reconsider his position.Even the most seasoned professionals sometimes forget to keep their eyes on the ball and control their mouths. We should strive to make sure it does not happen to us.The author is a lecturer at Hebrew University’s Rothberg International School’s MA program in nonprofit management and leadership.