Law, order and the conflict

Presently, Arab citizens are under the impression that homicide victims are not treated equally in the State of Israel. Jewish and Arab blood must be valued identically. 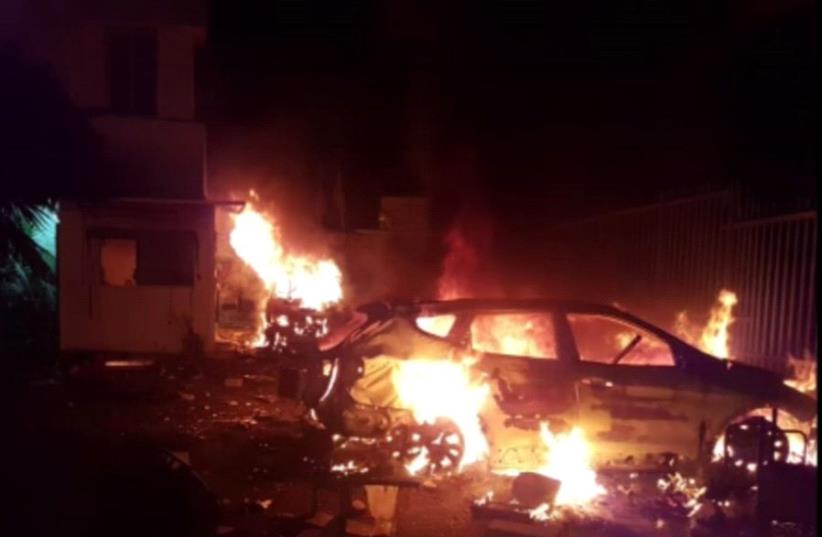 Cars set on fire in a riot in Kafr Kasim.
(photo credit: POLICE SPOKESPERSON'S UNIT)
Advertisement
It is still unclear what led a private security guard to shoot Muhammad Taha during a riot in Kafr Kasim on Monday night. According to the guard and an initial police investigation, his life was in danger. Arab eyewitnesses claim the guard abandoned the safety of a police station and then shot Taha.It is of utmost importance that a thorough and transparent investigation be conducted, both for the sake of justice and to reassure the Arab community that law enforcement authorities take seriously the death of any citizen, whether Jewish or Arab.Presently, Arab citizens are under the impression that homicide victims are not treated equally in the State of Israel. Jewish and Arab blood must be valued identically.But if that is the case, ask Arab citizens, why is it that since the beginning of the year, 31 Arabs have been killed, but the Israel Police has yet to produce the evidence necessary to indict in most if not all of the cases? In the last week alone, five Arabs were killed, including two in Kafr Kasim.Public Security Ministry Gilad Erdan said on Army Radio Tuesday that there were “significant leads” in a number of the homicide cases. But Erdan’s statement does little to convince Israel’s Arabs that they are anything more than second-class citizens.Of course there is no justification for the torching of police cars and the police station in Kafr Kasim.Matters got out of hand on Monday in the village and no violence can be tolerated in a democratic state such as Israel. It needs to be confronted with the full force of the law.While more needs to be done to allay the concerns of Israel’s Arabs, it would be unfair to say that this government is ignoring the problem of unlawfulness in Arab villages.In April 2016, the government announced that over the next five years, billions of shekels would be invested in improving law and order in the Arab sector.Ten new police stations are planned and 10 existing stations will be renovated. A total of 2,600 officers will be recruited to strengthen law enforcement capacity in the Arab sector.Nevertheless, the rioting in Kafr Kasim is a testament to the discontent felt by many Arab citizens.Much of the problem is tied to the Israeli-Palestinian conflict. Israeli society is highly self-segregated and this is particularly true with regard to Jews and Arabs, who tend to live in separate towns and villages.Societal trust and support for the police within Arab society is significantly lower than in Jewish Israeli society.The “broken windows theory” helps explain the relative lawlessness in the Arab sector. And it can also offer a solution. When a single window in a building is broken and not fixed, it tends to invite more window-breakers. Within a short time all the windows will be broken. One unrepaired window is a sign that no one cares and that breaking more windows will not hurt anyone. Anyone who has visited an Arab village immediately notes the state of disrepair.Foot-patrol policing and the strict enforcement of laws against petty crimes such as graffiti, or even just eliminating signs of neglect such as broken streets and sidewalks, or the lack of street signs which is common in Arab villages, could help inculcate a sense of law and order that could prevent some of the crime so rampant in the sector.Admittedly, there are no easy answers. Our political leaders and police commanders should convey to the Arab population that their grievances are heard and steps are being taken to remedy them. And the circumstances of Taha’s death should be made clear to all.But a lot depends on responsible Arab leadership.There is no justification for violence or the torching of police property. Violence will only lead to more pain and suffering on both sides.