Looking for a new equation in Gaza

Israel and the world should think outside the box. 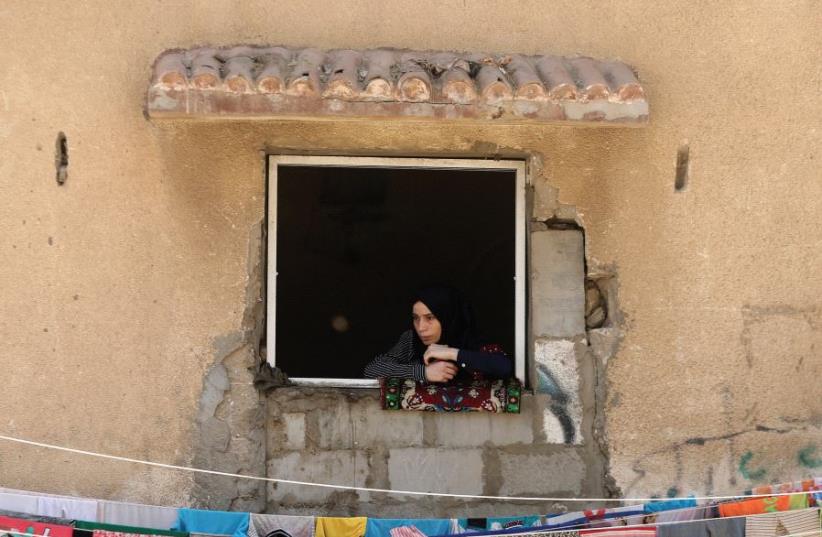 A WOMAN looks out a window in the Gaza Strip
(photo credit: REUTERS)
Advertisement
A few days into the new regional disarray, the Americans, as well as the Kuwaitis and Omanis, are already looking for solution that will allow the re-creation of the façade of unity among the Arab Gulf countries. It’s still early to tell when the expected sulha (truce) will take place, however it’s quite obvious that Qatar – the enfant terrible of the Gulf – will have to give up something. Its support of Hamas, the Muslim Brotherhood and other terrorist organizations can be one of these concessions, and the expulsion of Hamas leaders from Qatar might be an indication of a move in this direction.It seems that since US President Donald Trump’s visit to the region the position of Hamas became significantly worse. Hamas leaders complain to their interlocutors that they lose ground quickly in the Arab world and that financially they’ve never been worse off. Egypt destroyed most of the tunnels between Sinai and Gaza and stopped the smuggling of money, weapons and goods almost entirely. Arab donors are tired of Hamas and do not act on their financial obligations to Gaza. In fact, the only major route of supplies to Gaza is the Kerem Shalom crossing in Israel.The number of trucks that make their way to Gaza through Kerem Shalom grew from 38,000 in 2010 to 178,000 in 2016. According to army sources, every sack of cement, every package of sugar, every grain of rice and every erg of electricity serves the Hamas regime. The Islamists are subjecting the impoverished population to heavy taxes – all merchandise that goes through Kerem Shalom is subject to taxation, and in many cases the cement intended for the rebuilding of civilian houses ends up in new tunnels under the Gaza-Israel border.Hospitals in Gaza lack electricity, but Hamas has enough (most of it provided by Israel) to supply the tunnels and its military bases.So attitudes toward Hamas in the region and in world have changed significantly, and the organization has become a lonely pariah, lacking funds and support. Israel is de facto responsible for Hamas’s survival.This absurd situation must come to an end. The window of opportunity in the region is open now, and the equation in Gaza has to change to exclude Hamas. It’s quite obvious that as long as Hamas clings to power in Gaza, the probability of new round of fighting will grow and the chances of any future agreement between Israelis and Palestinians will decline. The organization, responsible for hundreds of terrorist attacks, including suicide bombings and rocket attacks, never fulfilled the three demands of the Middle East Quartet in 2006 that focused on ending the military struggle, recognition of Israel and recognition of agreements previously signed between Israel and the PLO.So in order for any future negotiations to succeed, Hamas should be ousted in Gaza and replaced by the Palestinian Authority. No crossing with Gaza should be controlled by Hamas, so that not even one dollar will end at its leaders’ pockets.Until now it seemed that PA leaders were quite reluctant about getting the control over Gaza back.However, in the past few weeks it seems that the tone in Ramallah has changed. PA President Mahmoud Abbas has been trying very hard to distance himself from Hamas. In one of his latest decisions he ordered payment for Gaza’s electricity to stop. In order to prevent an escalation, Israel continued to support Hamas with electricity, despite the knowledge that this is exactly what Hamas needs to survive. A few weeks ago, during another electricity crisis angry Gazans were starting to pour into the streets, and a few demonstrations against Hamas took place.Unfortunately, Hamas is too strong today to be toppled from within.Considering its dire condition, strong economic pressure and isolation of Hamas leadership by all parties – the Arab world, the international community and Israel – can force it into so-much-needed concessions. Relinquish control of border crossings, agree to the return of the PA without any fictitious “reconciliation” agreement and only then will Gaza receive generous aid to allow rehabilitation and prosperity.I believe that this move should coincide with a return to the negotiation table with the PA to work out the agreement that will allow the Israelis to set secured borders that will be recognized by the whole world and to separate itself from over four million Palestinians, who will be able to build their state. The Arab Peace Initiative can serve as a base (although some of its chapters should be adapted to create a framework that is suitable to 2017) which will allow many of the Arab countries to support the agreement.Should Hamas stay in power in Gaza (it’s important to remember that it only got there through a coup d’etat in June 2017), the peace process will remain stuck as it is today, regardless of the international or local efforts, the people of Gaza will continue to suffer since the humanitarian crisis is ongoing, and a new round of hostilities will be inevitable.Israel and the world should think outside the box and use the favorable regional situation to promote the common interest for all parties who seek agreement and peace advancement in the region. Without solving the issue of Gaza such an advancement will be impossible.MK Ksenia Svetlova (Zionist Union) is a member of the Knesset Foreign Affairs and Defense Committee. She is an expert in Middle East Affairs and served as a correspondent and analyst on the Middle East prior to joining the Knesset.