Marwan Barghouti must remain in prison

Barghouti was the terrorist poster boy during the Second Intifada, when he became leader of the Tanzim, an offshoot of Fatah that targeted Israelis.

The celebrated American humorist and cartoonist James Thurber (1894-1961) once described the different reactions of people when faced by a speeding automobile headed right for them. Some adeptly jumped out of the way before impact and were saved; others were frozen into immobility and so were hit head-on. But there was also a third group: these people actually ran full-force toward the car, hastening their own demise!

This image of intelligent people purposely rushing toward disaster came to mind when I heard of yet another maniacal rant calling for the release of Palestinian mass murderer Marwan Barghouti.

Barghouti was the terrorist poster boy during the Second Intifada, when he became leader of the Tanzim, an offshoot of Fatah that targeted Israelis, both military and civilian. He also founded the al-Aqsa Martyrs’ Brigades, yet another terrorist gang that indiscriminately killed Jews – as well as shooting to death Georgios Tsibouktzakis, a Greek Orthodox priest, for good measure.

Barghouti was apprehended by IDF commandos in 2002, and though he was implicated in at least 26 killings, he was convicted in 2004 of five counts of murder. In the regrettable absence of a death penalty, Barghouti was sentenced to the maximum possible punishment: five cumulative life sentences for the murders plus an additional 40 years in prison.

In the 17 years since, Barghouti has become a kind of folk hero to many Palestinians. His popularity is directly proportional to the large number of Jews he killed or maimed, and so he is routinely named in Palestinian polls as their first choice for leader, far outdistancing both the Palestinian Authority’s Mahmoud Abbas and Ismail Haniyeh or any other Hamas figure.

Ironically, it is that very popularity that may be helping to keep Barghouti behind bars, for despite their public protestations, none of the terrorist leaders are at all anxious to turn over their plum positions of power and blood money to him or anyone else.

Unsurprisingly, various members of the European Union periodically squeak up about letting Barghouti out of prison, and from time to time, far-left Israeli politicians also broach the idea of a pardon for Barghouti. Even the late Shimon Peres once declared that if elected to the Israeli presidency, he would sign a presidential pardon for Barghouti; thankfully, he never acted on that insanity.

BUT AS talks continue on a possible “prisoner exchange” with the Palestinians – in an effort to secure the release of Avner Mengistu, Hisham al-Sayed and the bodies of IDF soldiers Hadar Goldin and Oron Shaul – there is a lingering fear that Barghouti might be released.

This would be disastrous on several counts. First, setting Barghouti free would be a huge blow to the sacred principle of law and order. We have courts, and we have a system of justice; if you violate the law – particularly at the cost of another’s life – you must pay the price. If the perpetrators who were judged to be guilty and incarcerated are summarily let off the hook, a chilling message is sent to the public at large: you, too, can get away with crime. Why would anyone hesitate to break the law – from shoplifting to felony – if they know there is a fair chance there will be no penalty? This gross perversion of justice would return our society to the law of the jungle, where individuals, rather than the courts, would be driven to take the law into their own hands in order to punish the criminals.

At the same time, such a move would be a vicious stab in the back to the families of those killed by terrorists, our own family included. During his court appearance, Barghouti made a point of mocking the parents of fallen soldiers and pledging that he would ultimately be victorious in his efforts to eradicate the Jewish state. Freeing this monster would cause immense grief to the bereaved of Israel. 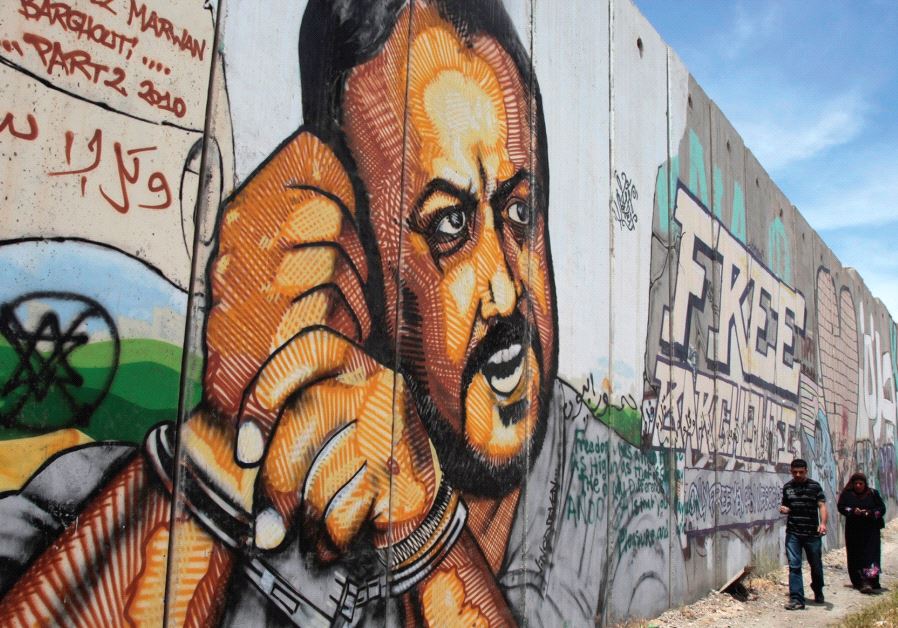 You see, as long as we believe that our children did not die in vain, we have something valuable, something noble to hold on to, and we can bear their sacrifice. But when the killers walk, unashamedly boasting of their success as they are feted by their adoring public, we are doubly, mortally wounded.

There is another dynamic at work here as well. We, as a moral, civilized nation, must impress upon the Palestinians that there will never be peace with them so long as their primary heroes are villains and murderers. The more they celebrate and idolize the perpetrators of terrorism and judge their role models primarily by the body count of dead Jews, the more determined we will be to prevent them from having their own state. It is only when they reject violence as a virtue and instead inculcate in their people a goal of coexistence rather than a cult of death that there is any chance for a lasting peace between us.

Whenever the headlines arise hinting at a prisoner exchange, I cringe. I hope and I believe that our current prime minister, Naftali Bennett, will stay strong and do the right thing, but I can’t be sure about the next prime minister, Yair Lapid. Will he hold the fort, or will he cave in to the pressure and capitulate like former prime minister Netanyahu, who freed more than 1,000 terrorists in the Schalit debacle, many of whom have gone on to murder dozens of Jews in a sin “that keeps on giving.”

Barghouti is the litmus test of Israel’s commitment to remain firm and do the right thing. Ultimately, either we stand for something, or we fall for everything.

The writer is director of the Jewish Outreach Center of Ra’anana. [email protected]