Nachman Krochmal and the revival of Jewish identity

Krochmal believed that the new rise of the Jewish People would continue through both Emancipation and Enlightenment. 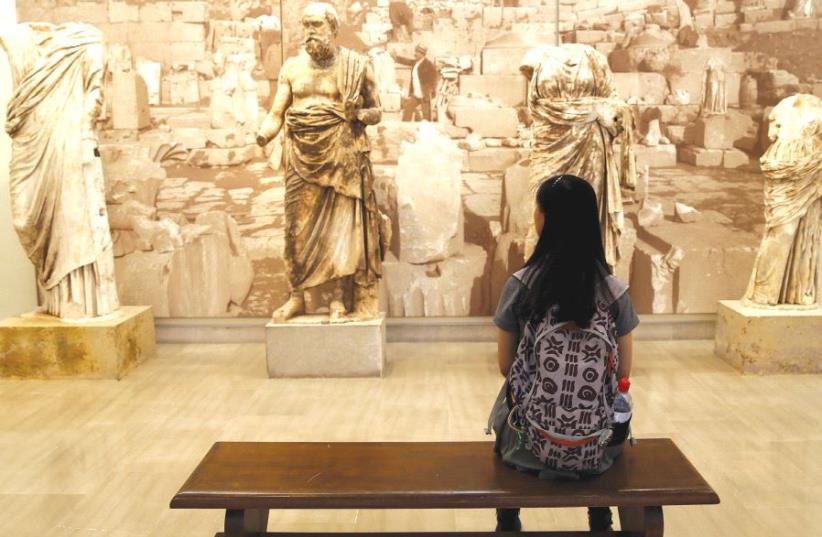 THEY CAME and went, but Jewish people remained. ‘Krochmal convincingly argues against Hegel that the Jewish contribution to human civilization is ongoing and did not end with Jesus Christ 2,000 years ago'
(photo credit: REUTERS)
Advertisement
When it came to the Jews, the great 19th-century German philosopher Georg Wilhelm Friedrich Hegel had no explanation. His philosophy of history posited the birth of nations, their rise to great heights and power, and their decline. Each nation, although particular, contributed to the universal and the Absolute Spirit. Hegel, along with many other great minds, believed that the Jews made their last significant contribution with the introduction of monotheism but declined through being chained to law. Jesus was the lasting contribution of the Jewish People to the world – Christ universalized monotheism and removed it from its tribal strictures. But if Jesus was the last significant contribution of the Jewish People, why did the Jewish People continue to exist? After Christ, they should have gone into permanent decline and disappeared. Yet, the Jews endured. Athens and Rome made their contribution but were long gone. Not so the Jews.Nachman Krochmal had the answer to Hegel’s unanswered question. The Galician-born Jewish philosopher made one of the first attempts to reconcile Jewish thought and the philosophy of Hegel. In The Guide to the Perplexed of Our Time – composed in Hebrew – published in 1851, a decade after Krochmal’s death, the philosopher attempted to accomplish what the original Guide to the Perplexed of Maimonides in the medieval world attempted to do: reconcile Jewish thought with the philosophy of the day. Breaking with traditionalists, Krochmal did not present a static Jewish history that stood above all of human history.Using the historical philosophy of Hegel while at the same time questioning the German philosopher, Krochmal’s Jewish history is one of birth, rise and decline. But Krochmal challenges Hegel by positing a Jewish history that, unlike that of any other nation, is one of continual rebirth and decline. Jewish history moves forward but is cyclical. Krochmal convincingly argues against Hegel that the Jewish contribution to human civilization is ongoing and did not end with Jesus Christ 2,000 years ago. Krochmal was staking a claim for Jewish destiny and for the concept of a Jewish political history that challenged Enlightenment claims that Judaism and the Jews were tribal, superstitious and irrelevant.In his excellent work, The Making of Modern Zionism: The Intellectual Origins of the Jewish State, Shlomo Avineri devotes his first chapter to Krochmal. According to Avineri, Krochmal “attempted to show that maintaining a Jewish identity did not necessarily contradict universal philosophical imperatives; on the contrary, he attempted to vindicate the validity of Judaism through idealist philosophy, in some cases referring to the traditional philosophical objections to Judaism. Trying to prove the validity and legitimacy of Judaism according to Hegelian principles was the main achievement of Krochmal’s impressive volume.”It is a paradox that when Krochmal emphasizes what makes Jewish history the most universal of all, he is also a pioneer in emphasizing that the Jews have always made their contributions to human civilization as a particular, unique nation. Jews in the past had abandoned the study of history in the belief that all events that occurred were ordained by God, that Jewish wandering and persecution were Divine punishment for sin. For Christians and, to a certain extant Muslims, the Jews lived out their lives in institutional humiliation for being stiff-necked and rebellious. Krochmal restored dignity to the Jewish people by presenting a history based on the contributions of the spirit as a nation and moved away from traditional negative modes of thought regarding the dynamics of Jewish history. The Jewish people were a phoenix, constantly rising from the ashes and reemerging as relevant and vital. For a Jew to claim this living in the early 19th century was daring, brave, and iconoclastic.Most damaging was Enlightenment censure of what was truly a creative past suffused with genius and success.Using Hegel against Hegel, Nachman Krochmal’s service to the Jewish People was to revive the dignity of our people and our destiny as a nation.The first cycle that forms Krochmal’s Jewish history is the rise from Abraham to the First Temple’s destruction, the reaching of great heights from the return of the Babylonian exiles to the Land of Israel to the fall of Bar Kokhba, and a long decline from the Mishnah’s editing in 200 CE to the Chmielnicki massacres in Ukraine in the mid-17th century. As Avineri writes: “This is a highly politicized and national periodization of history, and Krochmal is the first modern Jewish thinker not only to propose an outline of Jewish history but also to make political criteria into the cornerstones of its structure.”Krochmal believed that the new rise of the Jewish People would continue through both Emancipation and Enlightenment. He was prophetic in his understanding that the Jews were not a relic of the past but a vital people who continue to make contributions to the world. That Nachman Krochmal understood this and infused Jewish history with philosophical meaning is a reflection of genius that endures.

The author is spiritual leader of Congregation Anshei Sholom in West Palm Beach, Florida.
Advertisement
Subscribe for our daily newsletter