Pursuit of peace is the true key to Israel’s security

One lesson has resonated and stuck with me above all, forming the core of my philosophy: war is the worst thing. 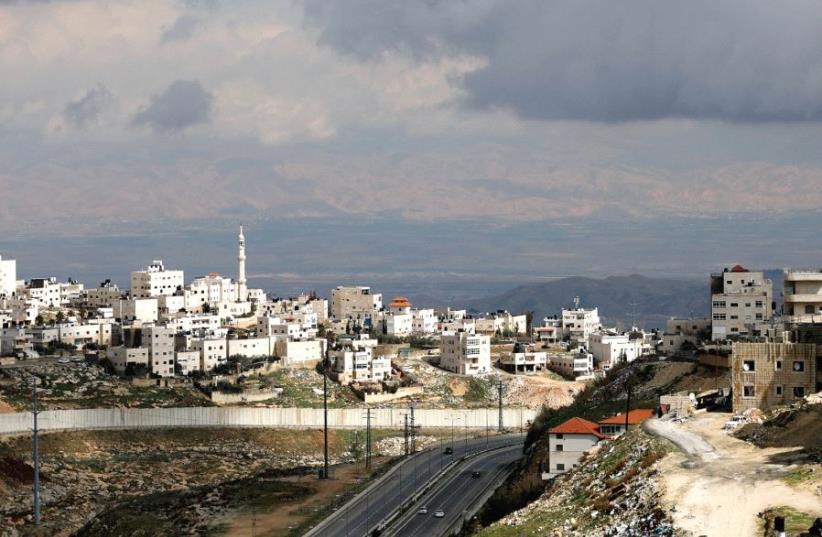 THE PALESTINIAN COMMUNITY of Shuafat sits next to a Jewish neighborhood in Jerusalem. ‘To take advantage of this situation, Israel must be willing to prove it is serious about the two-state solution,’ writes the author
(photo credit: REUTERS)
Advertisement
As an Israeli who fought at the age of 19 in 1973 Yom Kippur War and spent 35 years as a soldier and commander of the Israel Defense Forces, I have learned many lessons over the course of my lifetime about the price of war and the limits of what it can achieve.One lesson has resonated and stuck with me above all, forming the core of my philosophy: war is the worst thing. As leaders and policymakers, we must do everything that we can to avoid it, and to reach peaceful solutions.Sometimes war is unavoidable – and in such cases, one must stay strong and prevail. But when it comes to Israel’s central challenges, no war can bring ultimate victory or security. We must vigorously pursue a peaceful solution to the Israeli-Palestinian conflict, a twostate solution that can meet some of the key aspirations and requirements of both sides.The current Israeli government has failed to seriously pursue peace with the Palestinians or to recognize the true nature of the challenges we face. While Israel is stronger than ever, incitement by extremists is also polarizing Israeli society more than ever before.Through their negligence and obstinance, extreme voices in the government and the Knesset are endangering my country’s future as a democracy and a Jewish homeland. It is primarily because of this failure that I remain a Knesset member today. I feel obligated to use my voice to speak on behalf of diplomacy and the paths that Israel can still pursue toward peace – before it is too late.While our leaders often appear to speak and act from a place of fear, the fact is that Israel has never been in a better position to confidently pursue peace. We face no true existential military challenges. We are currently the strongest regional power, with a strong qualitative military edge.This does not mean, of course, that we face no threats.Hamas terrorists rule Gaza, while Hezbollah looms along our northern border with Lebanon and Syria.Iran foments terrorism in our region, while Islamic State (ISIS) and other radical Islamic organizations remain dangerous. Syria has turned into a magnet for evil and destruction, with the Iranian-backed Assad regime committing heinous crimes against its own people.The big question to consider is how we can move beyond simply reacting to these threats. How can Israel use its power and resources to promote agreements that will generate long-term stability and safety? How can we deter violence before it ever begins? We should see some of today’s crises as openings.The aggressive behavior of the Iranian regime and its allies, along with the increasing interference of their benefactor Russia, has created a real commonality of interests between Israel and many of the Sunni Arab states. Egypt, Jordan, Saudi Arabia and the Gulf states appear ready to work with Israel to confront and contain Iran’s regional ambitions while ensuring that the nuclear agreement with Iran, which to date has blocked its pathways to a nuclear weapon, is strictly maintained and enforced. These states are also apparently eager to help finally achieve a comprehensive agreement to the Israeli-Palestinian conflict.To take advantage of this situation, Israel must be willing to prove it is serious about the two-state solution.As long as our leaders continue to care more about the settlement movement and the demands of the far Right than about the long-term security and stability of our country as a Jewish and democratic state, we will squander our opportunities and undermine the basic health of our democracy and our society.Of course, it’s not entirely up to Israel to deliver peace – we need a credible, serious Palestinian leadership willing to make tough compromises as well. But that’s their problem. As a confident and powerful nation, we must focus on our own actions.Anyone who honestly assesses the problem of Israel’s eroding international standing will see that we are perceived as a country that is unwilling to compromise.We appear willing to employ any means to maintain control over millions of Palestinians, and to refuse to even consider granting Palestinians sovereignty in their own state. That attitude and approach is as unjust to the Palestinians as it is dangerous to Israel’s Jewish and democratic future. That danger is the one true existential threat we now face.This year we mark the 100th anniversary of the Balfour declaration, the 70th anniversary of the UN decision to establish Israel, and the 50th anniversary of the Six Day War. All of these achievements were predicated on the right of the Jewish People to self-determination, as well as our connection to the land of Israel. We must recognize that Palestinians deserve the same rights and respect that we have fought so hard to win for ourselves.Through a two-state solution, we can grant them those rights – and obtain for ourselves the security and peace that so many generations of our people have fought and worked for.Israelis will always be prepared for the struggles of battle. But we owe it to ourselves, to our ancestors, and to future generations to work just as hard in arena of diplomacy and in the struggle for peace.The writer, a former IDF major-general, is a Knesset member of the Zionist Union Party.