As Israel continues to treat Vanunu as harshly as it does, our politicians are in no position to demand that the United States should act any differently in the case of Pollard. 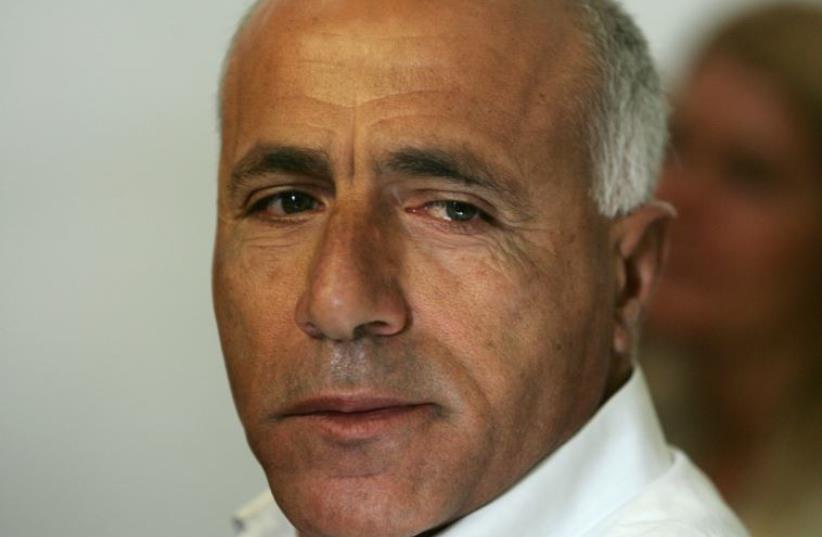 Mordechai Vanunu appears in the magistrate's court in Jerusalem
(photo credit: REUTERS)
Advertisement
The post-prison restrictions on the released Israeli spy are indeed draconian. Although the highly classified intelligence he once possessed is decades old, and despite his desperate desire to leave his country and start a new life, the authorities are spitefully continuing to punish him, regardless of the fact that he served his time, including a shocking 11 years in solitary confinement.No, we’re not talking Jonathan Pollard here.We’re talking about a different traitor: Mordechai Vanunu. Back in 1986, Vanunu, a junior technician at the Dimona nuclear reactor, gave Israel’s nuclear secrets to The Sunday Times, claiming he did so out of opposition to weapons of mass destruction.An irate Israeli security establishment tracked him down in London and in a classic honeypot trap lured him to Italy where he was kidnapped and brought back to Israel against his will. Tried and convicted of treason and espionage, Vanunu served an 18-year jail term. Since his release in 2004, he has been subject to a broad array of restrictions on his speech and movement, which include speaking to foreigners for more than 30 minutes, approaching foreign embassies, or being allowed to leave Israel.And these restrictions have been enforced with an uncompromising rigidity. Vanunu has twice been returned to prison, once for six months in 2007 for talking to foreigners and again for three months in 2010 for violating his release terms. In neither of these instances was Vanunu charged with damaging the security of the state; the extra prison time was handed down purely for technical parole breaches.A COUPLE of months ago, Vanunu gave an interview in Hebrew to an Israeli television channel. Following that, Vanunu reported that the police came to his house and confiscated all his computer equipment, camera and mobile phone and demanded the passwords for all his Internet activities. At the end of last month, Vanunu appealed to the Supreme Court to have the restrictions on his movement and communications lifted.Given the failure of his past seven appeals, Vanunu would seem to have little reason to be optimistic. He can’t even succeed in having his Israeli citizenship rescinded even though he long ago converted to Christianity.Absurd as it sounds, despite three decades having passed since Vanunu worked at the Dimona facility, and having already told a British newspaper all he knows about Israel’s nuclear program, this former junior technician, according to the defense establishment, still threatens the country’s security.IF WE Israelis are prepared to accept this treatment of Mordechai Vanunu and regard it as a fair payback for his betrayal of some of the country’s most sensitive secrets, then what right have we to demand that the United States treat Jonathan Pollard any differently? We don’t, but that has never stopped Israeli self-righteousness when it’s in full flow, as exemplified in this case by the Zionist Union’s Nachman Shai. The head of the Knesset’s pro-Pollard caucus, Shai put out a statement congratulating Pollard on his release, adding, as if Israel deserved any say in the matter, that “we demand that restrictions concerning mobility and communications be lifted immediately... and he is allowed to leave the United States to anywhere he wants, first and foremost, to Israel.”Over the years Pollard has become a hero to many people, but the image of him as someone who did what he did out of solely out of concern for Israel is far from the whole picture. Pollard acted for money and, reportedly, was not shy about demanding more money from his Israeli handlers.Israel was also not the only country he sought to sell US military secrets to. According to M. E. Bowman, the coordinator of an investigation into the damage Pollard’s treachery caused the American intelligence community, Pollard “attempted to deal with multiple countries and even disclosed classified information to a South African defense attaché.”Not surprisingly, the American security establishment still rankles at the mention of Pollard’s name, just as Vanunu is an irritant to their Israeli colleagues, hence the restrictive terms of his parole, which include wearing a GPS tracker at all times and not having permission to leave the United States.In opposing these restrictions, Pollard’s lawyers have argued that “the notion that, having fought for and finally obtained his release after serving 30 years in prison, Mr. Pollard will now disclose stale, 30-year-old information to anyone is preposterous.”Pollard’s lawyers are probably right, but for as long as Israel continues to treat Vanunu as harshly as it does, our politicians are in no position to demand that the United States should act any differently in the case of Pollard.The writer is a former editor-in-chief of The Jerusalem Post.