Trump has the moral responsibility to correct this grievous error by granting Pollard his total freedom. 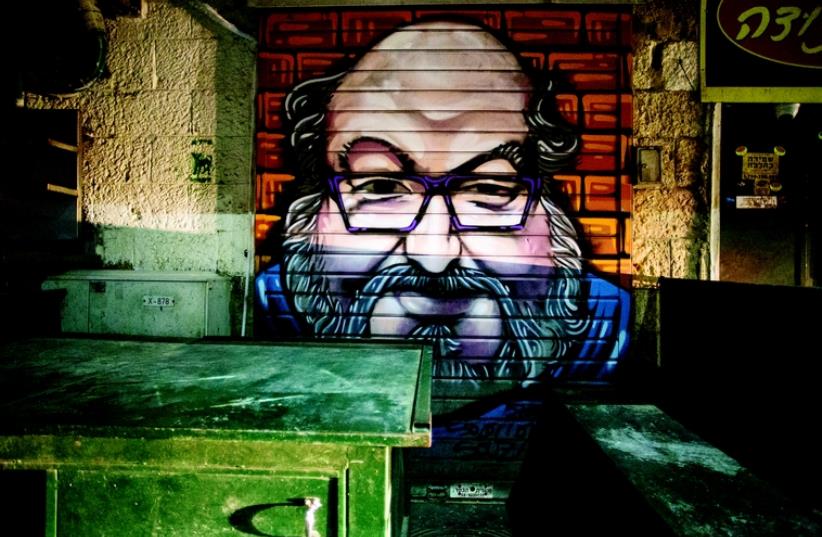 Portrait de Jonathan Pollard
(photo credit: SARAH LEVI)
Advertisement
This week paroled American Israeli spy Jonathan Pollard is to make another appeal of the draconian conditions that keep him imprisoned despite his having served 30 years of harsh incarceration. Since this will be his first court appearance since President Donald Trump’s election, there is new hope his unwarranted suffering could soon come to an end.His appearance in New York’s Second Circuit Court will appeal US District Judge Katherine Forrest’s 2015 ruling that keeps in place restrictive parole conditions that deny Pollard’s religious freedom, among other injustices. His daily curfew prevents him from leaving his Manhattan home between 7 p.m. and 7 a.m., denying him the ability to attend morning or evening prayers at a synagogue, thus forcing him to pray in isolation.A further restriction of his religious practice as an observant Jew is that he cannot attend a synagogue even on Sabbath mornings, because the electronic monitoring bracelet permanently attached to his ankle cannot last the distance to his synagogue without being recharged, which he cannot do on Shabbat.Among the justifications for his relief that his lawyer, Eliot Lauer, is expected to cite at Wednesday’s hearing is the basic unreasonableness of his 30-year term of imprisonment, which defied established US practice regarding spies from an ally. Pollard is the only American in US history to receive a life sentence for spying for an ally, and the only one to serve more than 10 years in prison for the crime.Lauer will undoubtedly repeat previous arguments that Pollard’s parole conditions were arbitrarily imposed and defeat his ability to work and rehabilitate himself. Pollard’s rabbi and confidant, the National Council of Young Israel’s executive vice president emeritus Rabbi Pesach Lerner, opined last week that the court’s present hearing of the case will reveal whether there has been a fundamental change in Washington toward Israel by the new administration.“For 30 years, the courts have routinely ignored the facts and circumstances of the Pollard case in order to follow an extra-legal agenda driven by elements in Washington hostile to Israel,” Lerner said. “The Pollard case has been routinely used by these hostile officials as a dagger pointed at the heart of the US-Israel special relationship and as an explicit warning to the American Jewish community.Unfortunately the courts have studiously avoided doing anything that would insulate their proceedings from this political agenda.”Incredibly, the US Department of Justice, the parole commission and the intelligence community have not demonstrated any willingness to depoliticize the Pollard case.Lerner finds them accountable: “Their gross misrepresentations and lies continue unabated in order to serve other purposes, entirely political,” he said last week. The rabbi left unsaid accusations by many that such “other purposes” included antisemitism in the previous administrations.Prime Minister Benjamin Netanyahu’s vaunted “muscular diplomacy” was missing last month, when he quietly raised Pollard’s fate with US Vice President Mike Pence in Washington. In Jerusalem in some two weeks’ time, our prime minister will have the rare opportunity to confront the new president with the justice of Pollard’s cause.Pollard’s sentence has been condemned as unjust and excessive by many American officials, including former CIA chief James Woolsey, who commented that “spies from friendly countries, like the Philippines and Greece, normally stay in prison in the US for just a few years.”His parole terms make a mockery of the term, instead of providing an avenue for his penitence by reintegrating him in society. Besides being unemployable – because the terms of his release make an employer’s entire computer network subject to federal monitoring – Pollard is not even allowed to have a smartphone.“Jonathan is a Stanford graduate, a very smart and educated man, but he’s not young and not very healthy,” one associate told Ynet. “He can’t work as a salesperson at a convenience store. It’s also not fair that it is decided for him what job he could do in America.”Lawrence Korb, an assistant secretary of defense when Pollard was arrested in 1985, told Army Radio that letting Pollard move to Israel would be the right thing to do. He said Pollard’s sentence should have been commuted long ago, and former presidents Bill Clinton, George Bush and Barack Obama erred by not doing so.President Trump has the moral responsibility to correct this grievous error by granting Pollard his total freedom.