Salomon Benzimra: A terrible loss for the Jewish people

Am Yisrael has lost a true Lion of Judah with the death of this brilliant but humble man who spent the last years of his life fighting for the Jewish people. 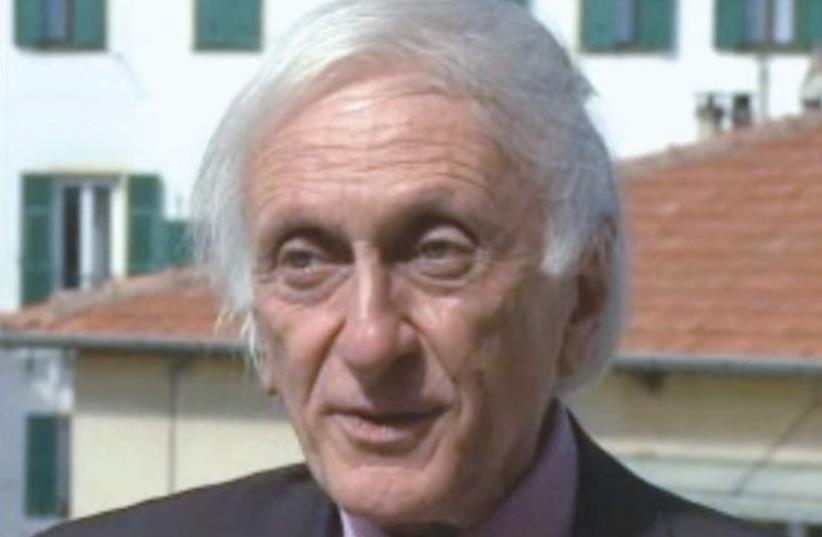 SALOMON BENZIMRA
(photo credit: Courtesy)
Advertisement
I had the honor of joining Salomon Benzimra and Goldi Steiner, co-founders of Canadians for Israel’s Legal Rights, to speak to members of Knesset and ask them to proudly proclaim Israel’s legal rights under international law – rights that clearly state Israel’s borders run from the river to the sea.Salomon was not a lawyer by vocation but he was one by avocation.He is the author of the book, The Jewish People’s Rights to the Land of Israel, published in 2011, which was endorsed by Moshe Ya’alon, now the minister of defense.He had spent the last seven years immersing himself in the legal intricacies of Israel’s borders and rights, following in the footsteps of the late Howard Grief, and Edmund Levy, former Supreme Court justice, who prepared his report on Israel’s legal rights under International law at the behest of Prime Minister Benjamin Netanyahu in 2013; a report which was never released. These men had hoped to stop the accusations of “occupier” and “apartheid” that are based on a spurious, fictitious narrative of a people that does not exist, and of a state that was never legally declared.Salomon was particularly concerned because of recent events: The pope embracing the terrorist Abbas and the idea of a Palestinian state, and the French calling for the same thing. And then the arrival of US Vice President Joe Biden in Israel to tell the Jewish people where we can and cannot live, as if the Jewish people would ever go back to a ghetto.Benzimra eloquently and brilliantly explained to Deputy Foreign Minister Tzipi Hotovely the legal justification for declaring Israel’s true borders in order to stop the wanton murder of Jews around the world and the attacks on Jewish students on Diaspora campuses because of the false Palestinian narrative that has taken hold over the past 25 years. He came to Israel with the hope that he would find a champion with the courage to speak truth to the Jewish people and stand up to those who were prepared to sacrifice the Jews for “peace” in the Middle East. He had hoped that Mme Hotovely would be that champion.After our meeting with the deputy minister of foreign affairs, Salomon and I began work on a piece for The Jerusalem Post. I wanted to title the piece to be “J’accuse the Israeli government of crimes against humanity,” crimes against its own people. Salomon, following in the footsteps of his biblical namesake, Israel’s most humble and brilliant leader, said, “No, that would be cruel.”Instead he said I should accuse the Israeli government of “protracted negligence and dereliction of duty,” because it had had an opportunity to proclaim its rights in 2013 and perhaps stop the murder of Jews in Israel and the Diaspora which are constantly justified by the UN and the EU as being the result of the “occupation.”He then spoke to Education Minister Naftali Bennett about the need to proclaim Israel’s legal rights under international law, speaking at the same time as the civics books Bennett had commissioned, which included eight new chapters on Israel and its legal rights, were released.We left these meetings without any assurances.Salomon, a resident of Toronto who was born in 1943 in what is now Morocco, died on the El Al plane on the way home to Canada on Tuesday. I think it was from a broken heart.Am Yisrael has lost a true Lion of Judah with the death of this brilliant but humble man who spent the last years of his life fighting for the Jewish people.It is truly sad that the people of Israel did not know the name of this man or the work he had done.In honor of his love for our people, his determination to defend us from lies about our people, I suggest that Am Yisrael rise up in his name and demand of the government that it finally declare and proclaim Israel’s legal rights under international law, and in the words of Salomon Benzimra, “Tell the world there will be no negotiating until the territorial sovereignty of Israel and Judea Samaria is no longer questioned.”Benzimra was buried at the Steeles Memorial Chapel in Toronto on Thursday.The writer is author of Back to the Ethic: Reclaiming Western Values.