Current manifestations of a widespread culture of victimization and grievance are only the most recent iterations of a dangerous long-term trend on campuses in the US and Europe. 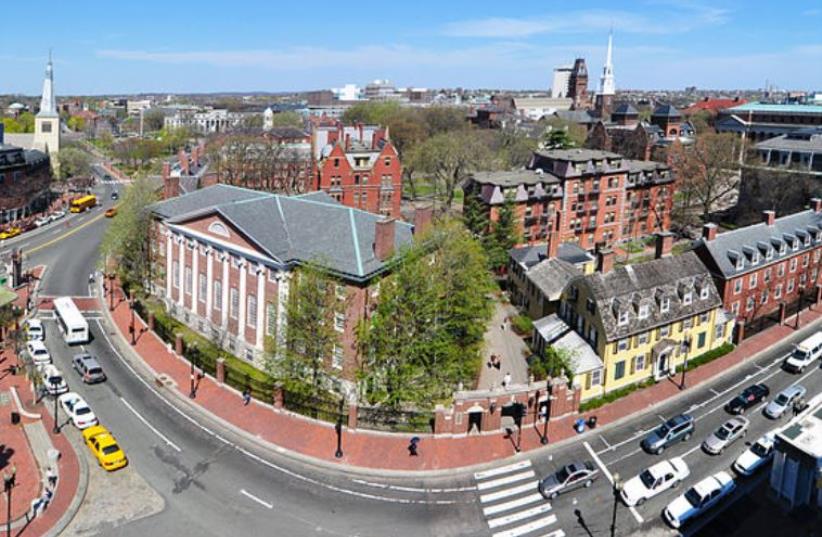 Harvard University
(photo credit: CHENSIYUAN/WIKIMEDIA COMMONS)
Advertisement
Following the forced resignations of the president and provost of the University of Missouri, demonstrations against campus administrators has spread across the country. Students – many of whom are black, gay, transgender and Muslim – claim that they feel “unsafe” as the result of what they call “white privilege” or sometimes simply privilege.“Check your privilege” has become the put-down du jour. Students insist on being protected by campus administrators from “micro-aggressions,” meaning unintended statements inside and outside the classroom that demonstrate subtle insensitivities towards minority students. They insist on being safe from hostile or politically incorrect ideas. They demand “trigger warnings” before sensitive issues are discussed or assigned. They want to own the narrative and keep other points of view from upsetting them or making them feel unsafe.These current manifestations of a widespread culture of victimization and grievance are only the most recent iterations of a dangerous long-term trend on campuses both in the United States and in Europe. The ultimate victims are freedom of expression, academic freedom and the free exchange of ideas. Many faculty members, administrators and students are fearful of the consequences if they express politically incorrect or dissident views that may upset some students. So they engage in self-censorship. They have seen what had happened to those who have expressed unpopular views, and it is not a pretty picture.I know, because I repeatedly experienced this backlash when I speak on campuses. Most recently, I was invited to deliver the Milton Eisenhower lecture at Johns Hopkins University. As soon as the lecture was announced, several student groups demanded that the invitation must be rescinded. The petition objected to my mere “presence” on campus, stating that my views on certain issues “are not matters of opinion, and cannot be debated” and that they are “not issues that are open to debate of any kind.” These non-debatable issues include some of the most controversial concerns that are roiling campus today: sexual assault, academic integrity and the Israel-Palestine conflict. The protesting students simply didn’t want my view on these and other issues expressed on their campus, because my lecture would make them feel unsafe or uncomfortable.The groups demanding censorship of my lecture included Hopkins Feminists, Black student Union, Diverse Sexuality and General Alliance, Sexual Assault Resource Unit and Voice for Choice. I have been told that two faculty members urged these students, who had never heard of me, to organize the protests, but the cowardly faculty members would not themselves sign the petition. The petition contained blatant lies about me and my views, but that is beside the point. I responded to the lies in my lecture and invited the protesting students to engage me during the Q and A. But instead, they walked out in the middle of my presentation, while I was discussing the prospects for peace in the Mid-East.According to the Johns Hopkins News-Letter, another petition claimed that “by denying Israel’s alleged war crimes against Palestinians” I violated the university's “anti-harassment policy” and its “statement of ethical standards.” In other words, by expressing my reasonable views on a controversial subject, I harassed students.Some of the posters advertising my lecture were defaced with Hitler mustaches drawn on my face. Imagine the outcry if comparably insensitive images had been drawn on the faces of invited minority lecturers.I must add that the Hopkins administration and the student group that invited me responded admirably to the protests, fully defending my right to express my views and the right of the student group to invite me. The lecture went off without any hitches and I answered all the questions - some quite critical, but all polite – for the large audience that came to hear the presentation.The same cannot be said of several other lectures I have given on other campuses which were disrupted by efforts to shout me down, especially by anti-Israel groups that are committed to preventing pro-Israel speakers from expressing their views.The point is not only that some students care less about freedom of expression in general than about protecting all students from “micro-aggressions.” It is that many of these same students are perfectly willing to make other students with whom they disagree with feel unsafe and offended by their own micro and macro aggressions. Consider, for example, a recent protest at the City University of New York by Students for Justice in Palestine that blamed high tuition on “the Zionist Administration [of the university that] invests in Israeli companies, companies that support the Israeli occupation, hosts Birthright programs and study abroad programs in occupied Palestine [by which Israel proper] and reproduces settler-colonial ideology throughout Cuny though Zionist content of education.”  Let’s be clear what they mean by “Zionist”: They mean “Jew.” There are many Jewish administrators at City University. Some are probably Zionists. Others are probably not. Blaming Zionists for high tuition is out and out anti-Semitism. It is not micro-aggression. It is in-your-face macro-aggression against City University Jews.Yet those who protest micro-aggressors against other minorities are silent when it comes to Jews. This is not to engage in comparative victimization, but rather to expose the double standard, the selective outrage and the overt hypocrisy of many of those who would sacrifice free speech on the altar of political correctness, whose content they seek to dictate.The writer is the Felix Frankfurter Emeritus Professor at Harvard Law School and the author of two new books: The Case Against the Iran Deal: How Can We Now Stop Iran from Getting Nukes?, available on Kindle and other ebook sites, and Abraham: The World's First (But Certainly Not Last) Jewish Lawyer, available on Amazon.